Malakai Black has given a glimpse into how he is spending his hiatus from AEW, by getting a huge new head tattoo.

Malakai Black hasn’t been seen on AEW TV since September 4th at All Out, where after his match he bowed and blew a kiss to the audience.

It was later reported that the founder of The House of Black had asked for his release from the company earlier in the summer, but AEW turned down the request.

Black later appeared to confirm that this had been the case. This led to claims that he had actually been let go by the company despite having most of his five-year contract left to run.

Speculation then began that Malakai Black actually wanted to return to WWE and that was why he had asked to leave AEW.

However, Black took to social media on September 26th to clarify his situation. Taking to social media, he denied that he had left AEW and would not be joining WWE. Instead, he said he had been given time off by Tony Khan and will be back in AEW “pretty soon”.

Outside of the rumour and speculation, Black has given a hint of what he’s been doing during his time off by showing off his large new head tattoo on his Instagram story. 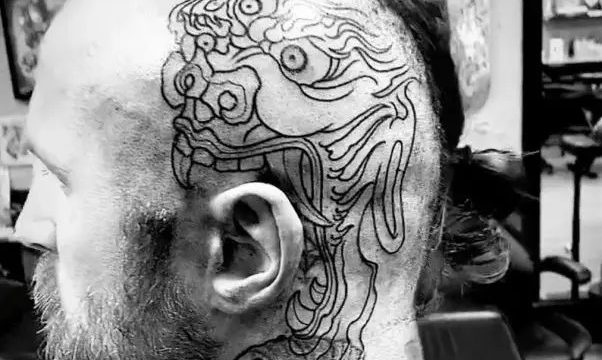 Malakai Black isn’t the only member of the House of Black taking time off from AEW, as Buddy Matthews has recently taken a break from action as well.