There were a lot of things happening on last night’s edition of WWE Monday Night Raw due to all of the backstage segments, short matches and a lot of promos. One of the things that we were excited about going into Raw was the debut of former NXT Champion Keith Lee, which was advertised at SummerSlam on Sunday.

When Lee confronted Randy Orton on Monday’s Raw, it set up a match for later. However, there was something different about the match due to some changes that WWE made in their presentation of Keith Lee.

For one thing, Lee did not have his “Bask in His Glory” theme song that fans were used to. Instead, he had some generic song.

It was reported by Fightful Select that WWE has been wanting their superstars to get away from their CFO$ theme songs. CFO$ is a company that created a lot of WWE theme songs for WWE in recent years, but they don’t work with WWE anymore and apparently there was a terrible deal causes them to half of the royalites. It was also noted by Fightful that Keith signed off on the theme song change, meaning he’s okay with it.

Would WWE consider going back to the song that Keith had in NXT? We don’t know that right now, but we have seen it happen before.

That wasn’t the only change. Instead of wrestling shirtless with traditional wrestling trunks as he had done for years in NXT and in other places prior to that, Lee had different gear on. Lee was wearing a tight tank top to cover up his upper body, possibly because he is a larger man and WWE might have wanted him to cover. Let’s make it clear that we don’t know who changed his look, but people are going to assume WWE bosses (namely WWE Chairman Vince McMahon, who has final say on everything) were the ones that did it.

In addition to that, Lee was wrestling in some shorts that were a bit too short and not baggy like a basketball player might wear. There were a lot of jokes about how Lee was wearing something looking like a skirt. To me, it really wasn’t that bad and it was just a guy wrestling in shorts, but fans aren’t used to that in pro wrestling because most of the time the wrestlers either have trunks or they were tights to cover all of their legs. You can see it here. 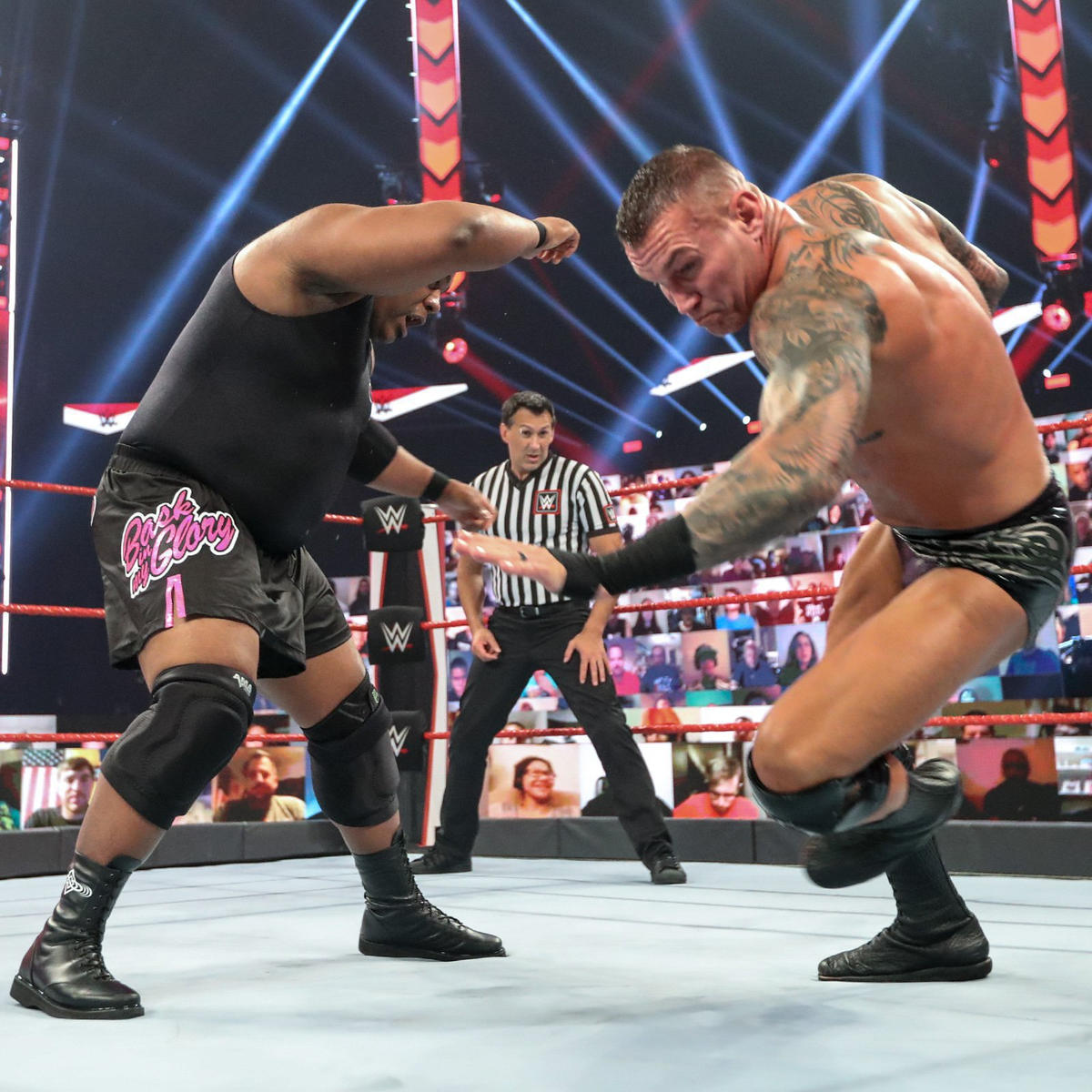 What Lee was wearing was not common for a pro wrestling, so of course that led to a lot of complaining.

On Tuesday night, Lee was obviously aware of all the complaints about the music and his gear, so here’s what he tweeted about it.

Music is out of my hands.

Leave it be. I'll sort it out later.

The music is out of my hands seems to corroborate the story of WWE wanting to get out of their CFO$ deals that they feel are not good for business. The “sort it out later” bit could mean they are going to work on something else.

Leave it be and have some patience. Take a deep breath. It's going to be okay. I promise. Let ME handle that stuff. https://t.co/85jUeFT9AP

That’s some good advice. Have some patience and let him handle it. This is Keith Lee’s life and career. He’s a grown man that can handle it.

Of course I don't *have* to. I don't owe anyone an explanation. It is simply my way of showing respect to the people who have supported me.

I don't want people caught up on small things when what *should* be acknowledged is on my DEBUT, I mixed it up with Orton. WAY bigger deal https://t.co/abbK0Et9Dv

The last part of that is so true. The music and the gear are small things to complain about compared to the fact that Keith got to mix it up with Raw’s top heel Randy Orton in his first night as part of the Raw roster. That’s pretty cool and if you’re a Keith Lee fan, you should be happy about where he’s at.

Oh Keith, one more thing. The facial hair in the picture above is a better look than the shaved look on Raw. Just saying. Oh wait, I should probably have a little patience too. Best of luck, big man.

TJR Thoughts: Good luck to Keith Lee in his Payback match against Randy Orton this Sunday. I’m excited for Keith even though I’m probably going to pick Orton to win…unless Drew McIntyre shows up to help Keith win.

And to the fans that want to keep bitching about this, take some advice from Keith: Have some patience. It’s going to be okay.

WWE NXT In Your House Lineup Updated With Six Matches