Bray Wyatt’s return to WWE could be happening very soon as more clues appear on television while some sources are saying it’s only a matter of time.

When Bray Wyatt was released by WWE on July 31, 2021 it came as a shock to a lot of people because he was a main event talent. While WWE usually cites “budget cuts” as a reason for releases, it is often time due to creative issues or the creative team simply not having something for a talent.

For over one year, there’s been speculation about a comeback, as well as stories about him butting with former WWE Chairman Vince McMahon about creative ideas. Since Vince retired on July 22, there have been rumors again due to Triple H being in charge of WWE’s creative direction as the Chief Content Officer.

Over the last week, WWE has been teasing a “white rabbit” that wrestling fans have associated with Wyatt due to his “Firefly Funhouse” vignettes that featured Ramblin’ Rabbit along with other comedic characters.

During the September 16th episode of Smackdown, there was a commercial break where WWE played the song “White Rabbit” by the popular band Jefferson Arena. They played it the next night at a live event as well.

This past Monday on the September 19 episode of Raw, there was QR code in the background while Austin Theory was warming up and also a random person holding up the same QR code in the crowd. That led to a WWE website video called “Come With Me.”

The QR code behind Austin Theory takes you to this video. #WWERaw#WhiteRabbitpic.twitter.com/R4bAXYCSFX

The QR code led to a video that continued the White Rabbit theme because of what was on there with a rabbit and the words “Feed Your Head,” which are lyrics from the Jefferson Airplane song. When the rabbit was playing the game Hangman, there was a question asking: “Who Killed The World?” The answer was also revealed to be: “You Did.”

At the end of the video, there was a clock that appeared with the numbers “9:23” in blue letters. That’s likely a reference to Smackdown this Friday on September 23rd and perhaps an appearance by Wyatt or at least another clue about him. 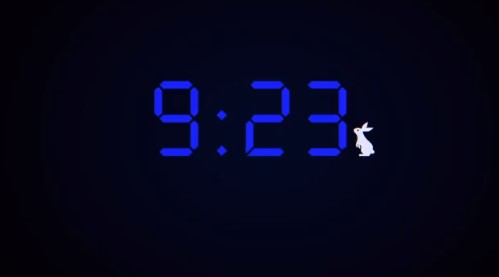 In the video above, it should also be noted that the first five letters selected spell out “DEMON” which is likely a reference to Wyatt’s evil character known as The Fiend. It could also be also related to “Demon” Finn Balor, who did feud with Wyatt in the past and perhaps a sign that Wyatt could go after Balor whenever Wyatt returns.

Another thing that happened on the September 19th episode of Raw is that the lights went out briefly during the Bayley-Alexa Bliss main event. Bliss was an ally of Wyatt, so that’s another tease of Wyatt possibly returning to WWE.

A new update from Sean Ross Sapp of Fightful Select has claimed that WWE is keeping this story a closely guarded secret although it is expected that it will lead to something with Bray Wyatt. There has also been contact made between WWE and Wyatt with numerous people in the company claiming that it’s only a “matter of time” until he returns.

There was some belief that it could be related to Karrion Kross because he used the song “White Rabbit” in the past in another promotion, but it likely does not involve him.

Lastly, the Fightful report said that a “top star said that paying off a tease like this is something ‘integral in setting the tone for shows moving forward.'”