It seems like one of the biggest women’s feuds in WWE this year will be Bayley facing off with Sasha Banks. While the two women had a memorable rivalry in NXT in 2015, they haven’t had a high profile feud or Raw on Smackdown. For the last few years, they were allies as faces that were the first Women’s Tag Team Champions and then they became heel allies.

The duo has been dominating Smackdown for most of the last six months with Bayley as the Smackdown Women’s Champion (for the past 198 days), but the friendship is slowly showing signs of problems. Bayley was interviewed by Sports Illustrated and had a lot of praise for Banks while covering other topics in her career. Here are some highlights.

“It was such a crazy day, the whole week was pretty crazy. Just the thought that we were actually going to do it with no fans. I remember thinking, ‘Can we pull this off? How are we going to feel with no adrenaline? With no energy from the fans?’ But once we got into the match, I felt so in it, so emotionally into it. It was a short build, but the story we were able to put together worked.”

“After the match was done, I was really proud of it. That may have been my proudest WrestleMania moment, to be honest, just because of how different it was and how much of a disadvantage it was without fans. I was pretty proud of it, and I was proud of all the girls involved.” 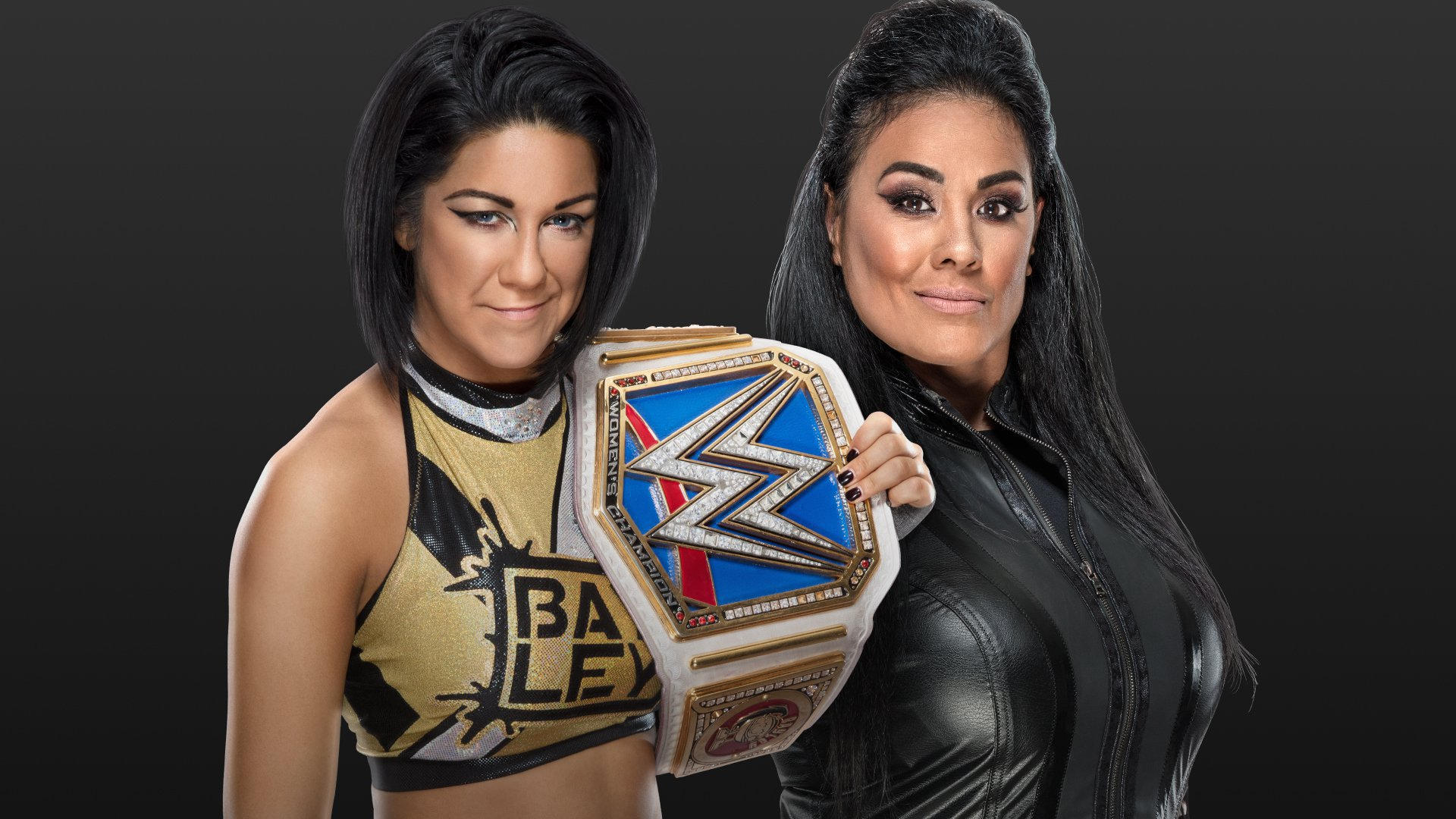 Bayley defends her Smackdown Women’s Title on May 10 against Tamina and Bayley is looking forward to it:

“We call her ‘Momma.’ She’s the momma of the locker room. When I had my first experience in WWE, I was still NXT Women’s Champion. I went on a tour of Europe, and it was actually me and Nattie against Team B.A.D. for the whole two-week tour. Tamina was so welcoming, and she really showed me, besides Sasha of course, showed me how to carry myself, how to be the last one in the locker room to clean up and ask the top people if they needed anything, things like that. She also made me feel like one of them. She just has that quality about her.”

“Even if it’s been a while since she has been involved in a storyline, she’s never had one that’s just about her, especially in the title picture. But she’s literally always there. You don’t see her on TV, but she’s backstage watching all the matches and staying for the whole show and encourages everybody. She is very special and important to the locker room and the whole women’s roster. I’m definitely excited for this match, just because I think she deserves this moment. I’ve been fortunate enough to be involved in a lot of special moments, so I hope that this is something that can be special for her. But I’m going to have to beat her, so it can’t be too special, but I hope she has fun.”

Bayley was asked about the possibility of building to a match against Banks at next year’s WrestleMania:

“I think we can. We’ve bounced ideas off each other for as long as we’ve known each other, and we learn from each other so much. With all of our ideas and how much we are trusted by the people backstage, I think it’s possible. It would be challenging, but I think that would be so cool. Someday, I hope we do get to work together again. She’s my favorite person to be in the ring with, obviously, so I would be down to try.”

Bayley is a big basketball fan, so with the “Last Dance” documentary airing on ESPN this month, she was asked about a basketball comparison in terms of who is Michael Jordan and who is Scottie Pippen from the Chicago Bulls teams of the 1990s:

“[Laughs] Honestly, I don’t know, it’s hard to say that. I always say that Sasha is the greatest of all-time, and I truly believe that, even though I am the champion right now and a Grand Slam women’s champion and I’ve won Money in the Bank. I’ve done a lot of things, but I wouldn’t be able to do all of that without her and learning from her mindset. So if she wants to be Jordan, that’s OK. I was always a Kobe fan, so maybe I can be Kobe and she can be Jordan.”

TJR Thoughts: The “greatest of all time” comment from Bayley about Banks is surely going to get some people riled up, but I don’t mind her saying it. I don’t think she is speaking in character either. I think they’ve both had great runs in the last five years especially. I’m not saying I agree with the statement. I just think they’re both very good at what they do and trying to rank them compared to others is difficult.

A Bayley/Banks feud is inevitable. I doubt they can hold off until next year’s WrestleMania. When it didn’t happen at WrestleMania I figured that SummerSlam was the plan since that’s supposed to be in Boston and Banks is from Boston, but with no fans at WWE shows for the foreseeable future, maybe WWE should find a way to hold off on it until next year.

Triple H To Be “Huge Asset” Says The Undertaker