Vince McMahon reportedly wasn’t really keen on some ideas regarding surprise entrants for the men’s Royal Rumble match in the past.

The WWE Royal Rumble match debuted in 1988 with Vince McMahon greenlighting the idea that WWE Hall of Famer Pat Patterson came up with many years ago. The concept of the match would see two guys start in the match and then shortly after that another competitor would join the match until 30 wrestlers were in the match. The only way to eliminate somebody was if you tossed them over the top rope so that both feet hit the floor.

That 1988 Royal Rumble match was a USA Network special, then one year later in 1989 it was a pay-per-view and it has been part of WWE’s January calendar as a lead-in to WrestleMania ever since.

One of the favorite aspects of the Royal Rumble is the element of surprise. Both 2022 Rumble winners were surprise entrants with a returning Ronda Rousey winning the women’s match after being out of the company for nearly three years. The men’s winner was Brock Lesnar, who lost the WWE Title earlier in the show and also won the Rumble match 19 years earlier in 2003.

In January 2022, the @WrestleVotes Twitter account reported that WWE considered a “forbidden door” entrant for the men’s Rumble match although they did not specify any names. 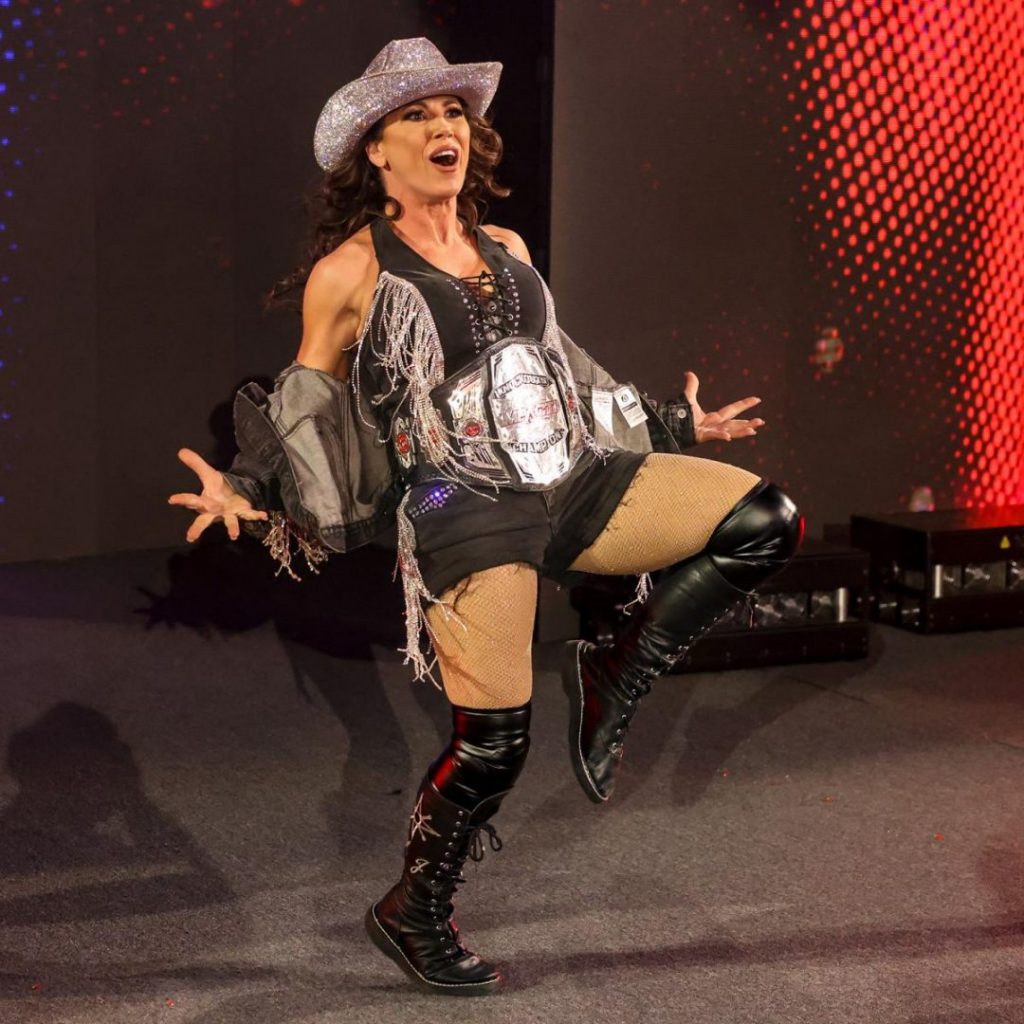 For the women’s match, WWE advertised that former six-time Women’s Champion Mickie James would be part of it even though was wrestling for Impact Wrestling at the time and was the Knockouts Champion. That led to Mickie making history in the Rumble match when she entered to her Impact song “Hardcore Country” and the Knockouts Title around her waist. It was one of the loudest reactions she ever got in her legendary career.

In an update on the story, Wrestlevotes told GiveMeSport that nobody from AEW (like former WWE Champions Chris Jericho or Bryan Danielson) were considered for the men’s Rumble match.

“It was never on the table for it to be anybody from AEW. That that I know for sure. They agreed to have Mickie James wearing the IMPACT title, so I know the idea was ‘if we do it in the women’s, shouldn’t we do it in the men’s?’”

Ultimately, Wrestlevotes noted that it came down to WWE’s former Chairman Vince McMahon making the decision not to have a “Forbidden Door” entrant in the men’s match.

“From what I understand, a list of four or five guys was presented, and Vince didn’t like any of them, so that’s where it ended.”

It was also mentioned by Wrestlevotes that since Vince wasn’t that familiar with some of the options outside of WWE, that likely played a factor in the decision to not have a shocking entrant in the men’s match.

“Vince doesn’t know every single wrestler outside of the WWE, so when this list was presented, there was nothing that jumped out at him. I’m not even quite sure he recognised the four or five or six guys that they said, ‘we can probably do this.’”

For the first time in WWE history, Vince won’t have the final say on who wins the 2023 Royal Rumble since he retired in July 2022. The winner of the 2023 Royal Rumble (and all the surprises that come with it) will be a decision made by WWE’s Chief Content Officer Triple H along with his team.