Tony Khan has denied a recent rumor that the decision to move Colt Cabana from AEW to ROH was caused by the presence of Cabana’s former friend CM Punk. Khan made it clear that Punk had “nothing to do with it.”

The AEW Owner/President Tony Khan purchased Ring of Honor back in March. Since then, Khan has produced some ROH pay-per-view events although there is no current television or streaming contract for the brand. Khan’s ownership of both AEW and ROH has led to some AEW wrestlers winning ROH titles such as the ROH World Champion Claudio Castagnoli, ROH Tag Team Champions FTR and the ROH Pure Champion Wheeler Yuta as well.

In more news about ROH, it was announced that AEW original Colt Cabana was being taken off the AEW roster and moved to ROH, which is where Cabana spent many years earlier in his career.

The issue that exists between Punk is that they were sued by a WWE doctor following some of Punk’s comments on Colt Cabana’s podcast in November 2014. While the lawsuit was taking place, Punk apparently told Cabana that he would cover his lawyer expenses. However, there ended up being a disagreement with Punk changing his mind and Cabana sued Punk about it. That led to the friendship ending even though were close friends for most of their careers in wrestling. In September 2019, Punk and Cabana settled the lawsuits over the legal fees with the two men not being friends anymore.

When Khan was interviewed by Blake Oestriecher of Forbes ahead of All Out, Khan made it clear that Punk was unfairly criticized for Cabana being moved to ROH:

“There is certainly a perception out there that I don’t think is accurate that when I purchased Ring of Honor and also [as] some of the contracts were coming up and I was starting to make moves—whether it was renewing them in most cases or not renewing them or in some cases reassigning people—there was a misconception that was perpetuated unfairly that CM Punk had anything to do with me wanting to move Colt Cabana to the Ring of Honor roster when his contract came up.”

Khan was even more direct in replying to the accusation while adding that he didn’t think it was fair to Punk.

“I will clarify that, just to take it head on, that he [Punk] had nothing to do with any of the contracts I picked up, whether I did or didn’t. But in particular, I did pick up Colt Cabana’s contract and gave him a similar contract to do different work. I don’t know if it was fair that that got perpetuated…I also didn’t think that was fair to Punk.” 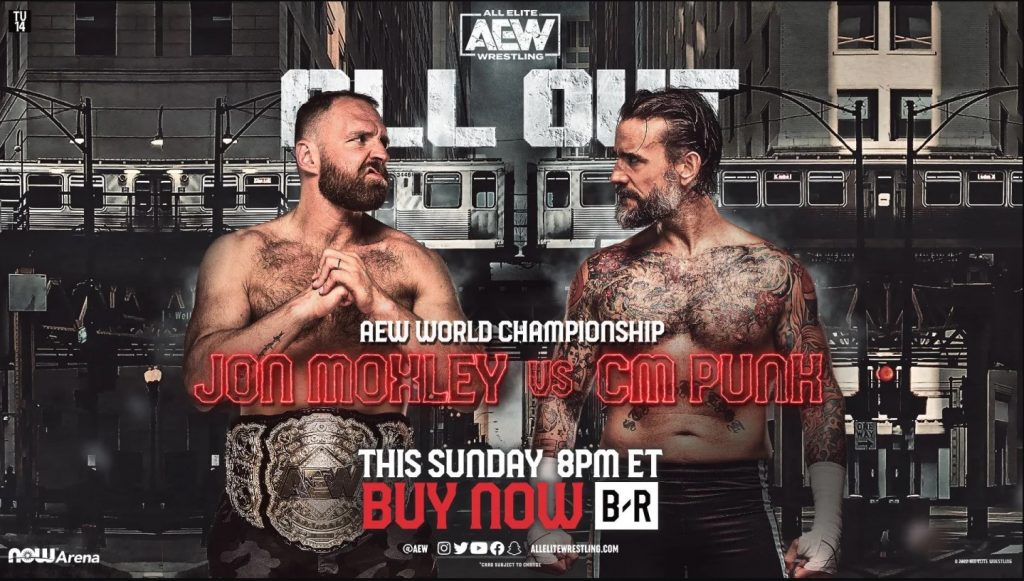 The former AEW World Champion CM Punk will be in the main event of AEW All Out later this evening in Chicago when he challenged Jon Moxley for the AEW World Title. It’s available on pay-per-view.