Cesaro is a veteran professional wrestler that has spent over a decade in WWE, but now the Swiss superstar is a free agent after his WWE deal has reportedly expired.

The news of Cesaro’s WWE deal expiring was first reported by PWInsider’s Mike Johnson. Cesaro’s last match in a WWE ring was on the February 11 edition of Smackdown when he lost to Happy Corbin. Cesaro was not part of the Elimination Chamber Premium Live Event last Saturday. Cesaro is not expected to be at Smackdown this Friday in Hershey, PA.

It was reported by Johnson that WWE was negotiating a new deal with Cesaro, but the two sides were not able to come to an agreement. A source claimed that WWE offered Cesaro an extension of his current deal, but he declined. 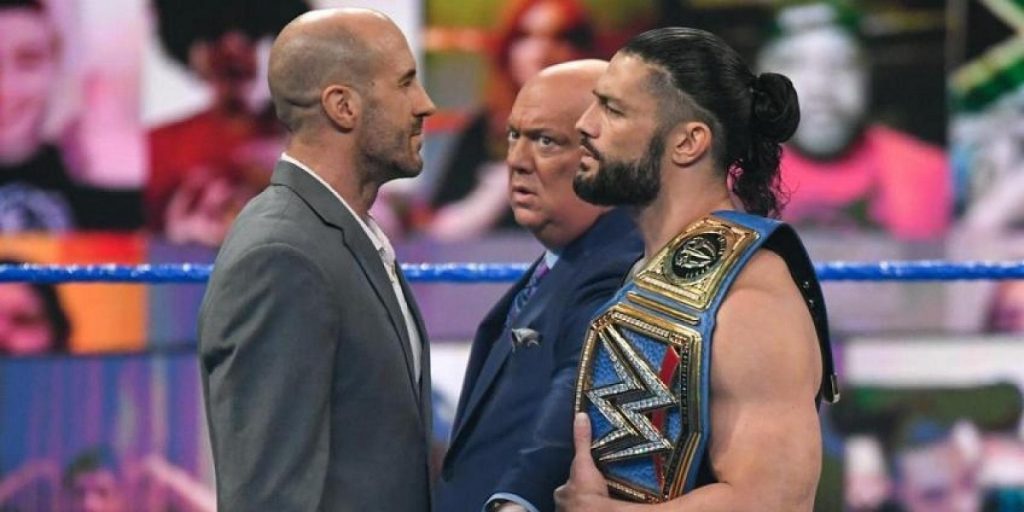 Since this is a case of Cesaro’s contract expiring, there would be no 90-day non-compete clause. Cesaro is now a free agent at 41 years old.

It was also reported by Sean Ross Sapp of Fightful Select that this wasn’t the first time Cesaro was in contract negotiations with WWE. Last year, he went through something similar, then he agreed to stay and got a big win at WrestleMania 37 over Seth Rollins. That led to a WrestleMania Backlash main event match against Universal Champion Roman Reigns, which Cesaro lost.

There were apparently no long-term creative plans for Cesaro and he lost his last seven televised matches due in part to his reluctance to sign a new deal.

Cesaro’s real name is Claudio Castagnoli, which is the name he used when he wrestled prior to his WWE career. He had a very successful run in Ring of Honor, PWG and NOAH before his WWE run began. He also wrestled in Europe a lot with most fans knowing that he is from Switzerland and speaks many different languages.

Cesaro signed with WWE in 2011 and debuted on the main roster in April 2012. During his WWE career, he was a seven-time tag team champion (5 times with Sheamus along with one team each with Tyson Kidd & Shinsuke Nakamura), he held the United States Title and won the Andre The Giant Memorial Trophy at WrestleMania 30 in 2014. The biggest push of his WWE career came last year at WrestleMania Backlash 2021 when he lost to Roman Reigns in the main event.

The word “underutilized” came to mind when people brought up Cesaro. The PWInsider story noted that fellow WWE superstars considered Cesaro to be one of the best and toughest in-ring performers in the company. It’s likely that Cesaro will have a lot of options in the wrestling world in terms of where he wants to go next.

WWE’s Becky Lynch tweeted about the news of Cesaro’s departure.

Xavier Woods runs WWE’s UpUpDownDown Youtube channel that Cesaro was a big part of, so Woods tweeted this as well.

While Cesaro is a free agent, he could always return to WWE if they come to terms on a new deal.

Rey Mysterio & Edge React To Dominik Turning On Them