The Bloodline is the most dominant faction in WWE and they also are on the poster for Survivor Series featuring WarGames.

It was announced on September 19th that WWE was bringing WarGames to Survivor Series. The plan is to do Men’s and Women’s WarGames matches at Survivor Series on November 26th in Boston just like the company did in NXT. It was explained by WWE’s Chief Content Officer Triple H that it will be a storyline-driven matches rather than Raw vs. Smackdown.

“This will not be Raw versus SmackDown. It will be much more story-line driven. I still look at it as a traditional component to Survivor Series in there because it’s large teams of people competing. We just upped the ante a little bit with WarGames and made it evolve.”

The Survivor Series poster features the Undisputed WWE Universal Champion Roman Reigns in the center of it surrounded by the Undisputed WWE Tag Team Champions The Usos along with their younger brother Solo Sikoa, the “Special Counsel” Paul Heyman and the Honorary Uce, Sami Zayn. The date appears on the table right above the Survivor Series logo. You can view the poster below. 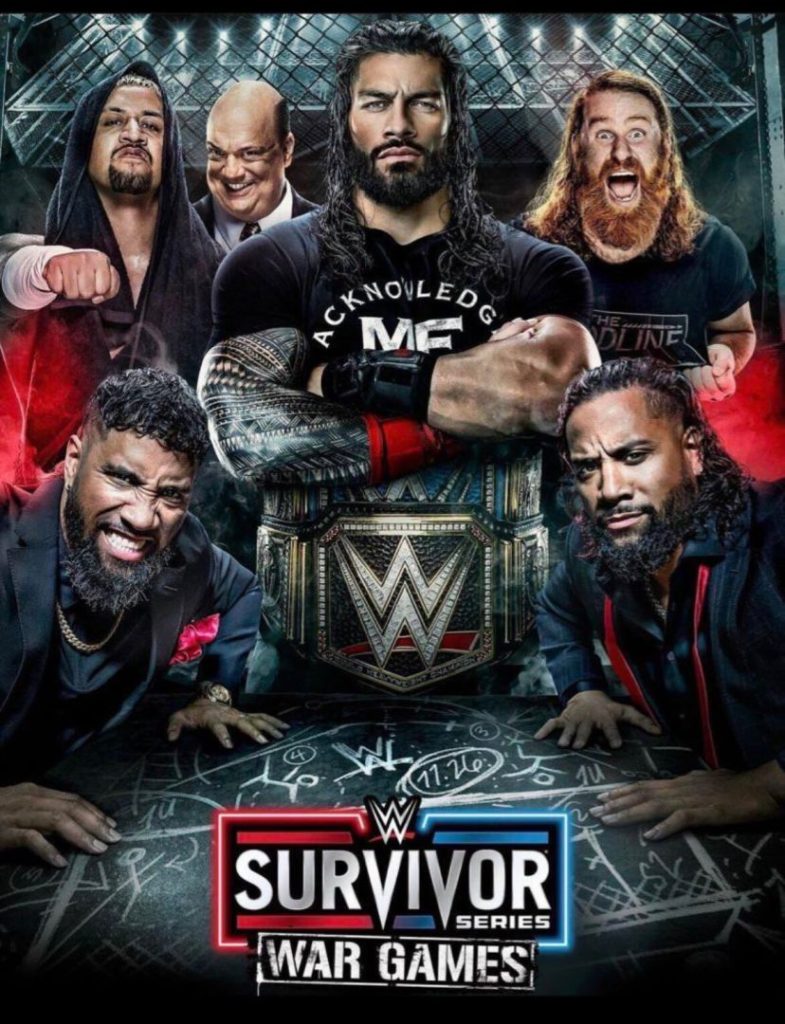 While it’s not known if The Bloodline will be one of the teams in the 5 on 5 (or 4 on 4) WarGames match, it’s certainly a possibility since they are on on the poster of the show and they do hold a lot of championships.

Something that keen observers pointed out is that while Reigns is featured with his WWE and Universal Titles, the Raw & Smackdown Tag Team Titles are not on The Usos in the photo. This coming Friday on the November 11th episode of Smackdown, The Usos put those Tag Team Titles on the line against The New Day, who will try to stop The Usos from breaking The New Day’s record as the longest-reigning Tag Team Champions in WWE history.

As for Reigns, he continued his nearly 800-day reign as the Undisputed WWE Universal Champion at Crown Jewel when he defeated Logan Paul, who impressed a lot of people with his performance.