This week’s edition of WWE NXT features two title matches along with three other matches that have been set up for what the brand is calling their “Spring Breakin'” episode.

The confident NXT Champion Bron Breakker will defend his title against Joe Gacy, who kidnapped (or maybe you could say captured) Bron’s Hall of Fame father Rick Steiner. Since then, Gacy has played mind games with Breakker by getting help from some mysterious druids and even tossing Breakker off a platform. Gacy hasn’t won a match on NXT TV since March 29, but the mind games were enough to earn him a title shot.

Cameron Grimes will defend the NXT North American Title against former champion Carmelo Hayes and Solo Sikoa in a triple threat match. Grimes won the NXT North American Title at Stand & Deliver last month in a Ladder Match that also involved Hayes and Sikoa. Grimes has shown he’s a fighting champion that is willing to take on all comers and now he has to put the title on the line in a match where he can lose the title even if he’s not involved in the pinfall.

Natalya has been something of a bully in NXT since she arrived a few weeks ago. Cora Jade was surprised to see Natalya in NXT and that exchange didn’t go well for Jade, who ended up in a Sharpshooter. Natalya also had some brief interactions with Nikkita Lyons. That will lead to this week’s match with Natalya teaming up with Lash Legend vs. Cora Jade & Nikkita Lyons. A win for Jade or Lyons over a veteran like Natalya would be big for two of NXT’s youngest female stars.

Nathan Frazer was going to have his NXT 2.0 debut match last week, but the cocky Australian Grayson Waller showed up to interrupt that. Their exchange last week will lead to Frazer’s debut match taking place this week against Waller.

There will be tag team action as well with NXT 2.0 regulars The Creed Brothers taking on a tough Smackdown duo The Viking Raiders, who won’t let up facing their younger opponents. 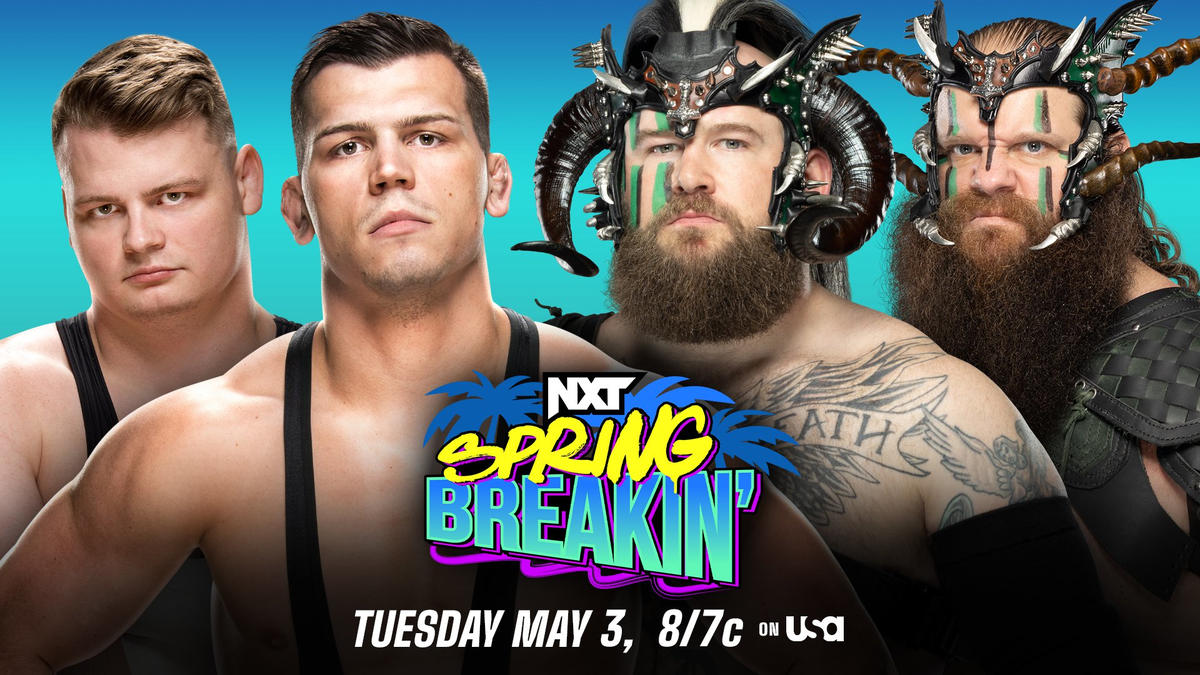 There is a non-wrestling segment being advertised as well with Tony D’Angelo and Santos Escobar having a “sit down” to solve their differences since they have had issues over the last few weeks.

Jake Roberts Comments On Backstage Fight At All Out

Rhea Ripley Says She Can Be Dominik’s Papi Or Mami