* Edge is back as a wrestler in WWE after he had an impressive return in the Royal Rumble on Sunday. Edge, who was inducted in WWE’s Hall of Fame in 2012, entered at #21, he got a huge ovation from the crowd and he lasted until the final three men in the main event 30-man Rumble when Roman Reigns eliminated him.

There was a lot of speculation about Edge’s return from Mike Johnson of PWInsider back in October. It was denied by Edge repeatedly on social media, which is common for people in WWE that have a contract.

It was reported by PWInsider today that Edge signed a new contract with WWE after he had talked to All Elite Wrestling as well. Johnson reported that Edge was flown to Houston in a private plane and was hidden backstage last night until he made his entry in the Rumble match.

As for Edge’s future in a WWE ring, Wrestlevotes is reporting that it’s a big money deal for at least three years. Edge is 46 years old (he turns 47 in October), so he’ll be almost 50 years old when it expires. Edge is married to fellow WWE Hall of Famer Beth Phoenix, who had an impressive showing in the women’s Royal Rumble last night. Edge and Beth have two young daughters together.

There are also reports that WWE is filming a documentary about Edge’s return to the ring after he was forced to retire in 2011.

Edge could be wrestling at the next major WWE pay-per-view show Super Showdown in Saudi Arabia on February 27 and he’s already rumored for a match at WrestleMania. More on that below.

Edge is currently advertised for Raw tonight as well. It’s not known if Edge will be assigned to Raw or Smackdown or if he’ll be able to be on either show.

The video of Edge’s return at the Royal Rumble, which you can see above, is at 2.5 million views already on Youtube and also millions more on other social media. 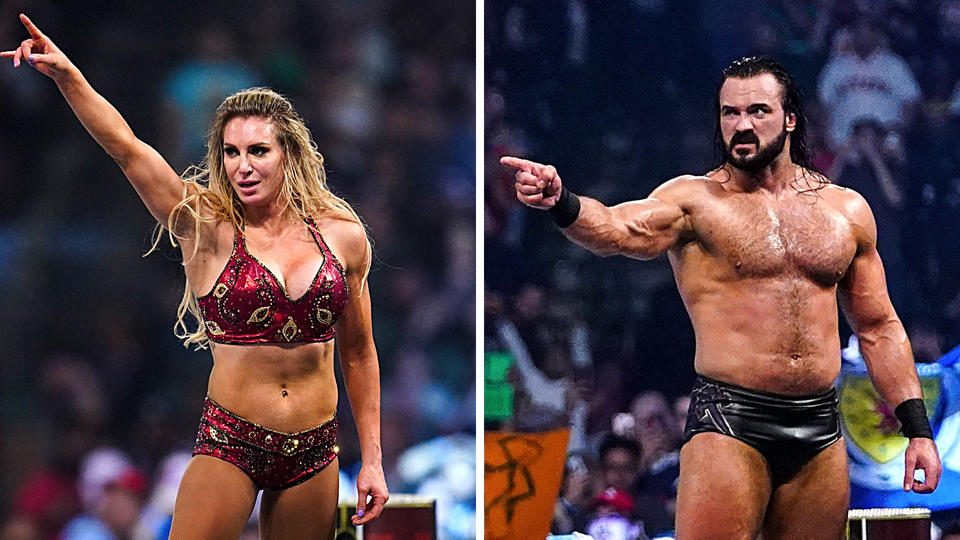 * The original winners of the Royal Rumble matches last night were different than what we saw play out on television, according to Dave Meltzer of the Wrestling Observer.

In McIntyre’s case, it was likely WWE wanting to put him over in a big way by having him eliminate Brock Lesnar in the Royal Rumble match and also win the match by eliminating Reigns at the end.

Here are three of the matches rumored to take place at WrestleMania on Sunday, April 5th in Tampa at Raymond James Stadium according to Meltzer.

There are still over two months until WrestleMania, so WWE has plenty of time to set up those matches and build the rest of the card.

There’s been another change to announce team on Raw with Tom Phillips replacing Vic Joseph as the lead play-by-play announcer on Raw. Phillips will team with Jerry Lawler. The new team worked together at the Royal Rumble last night.

It was last October when the announce team was going to be Joseph, Dio Maddin and Lawler, but then they dumped Maddin shortly after that while Lawler remained in the chair.

Phillips was the lead announcer on Smackdown for several years until WWE moved Michael Cole to Smackdown on Fox in October. Phillips worked on NXT UK’s brand for the last few months and now he’s on Raw.