The 2018 WWE United Kingdom Championship Tournament will be taped at the historic Royal Albert Hall in London, England and it’s the first time WWE has been in that venue in 20 years. The tournament will be taped on Monday, June 18th and Tuesday, June 19th. There are limited tickets available, according to WWE.com, at livenation.co.uk and bookingsdirect.com, so if you’re in the area and want to check the shows out, you better get those tickets soon.

It was announced on Tuesday that WWE will air both nights of the tournament one week after they take place. The events will air on WWE Network on Monday, June 25, and Tuesday, June 26, at 3 p.m. ET/8 p.m. GMT. That means you can watch a few hours of WWE UK action in the afternoon (if you’re here in North America) on Monday and Tuesday before watching Raw and Smackdown later in the evening.

The first night will also have a 6-Man Tag Team Match with Pete Dunne teaming up with Tyler Bate and Trent Seven to take on NXT’s Undisputed ERA trio of Adam Cole, Roderick Strong and Kyle O’Reilly. There will also be appearances by Shawn Michaels and Triple H.

The second night of the tapings will feature title matches with Pete Dunne defending the WWE UK Championship against the winner of the tournament. Also, there will be matches for the NXT North American Championship, the NXT Women’s Championship and the NXT Tag Team Championships. There’s also going to be a big tag team match with NXT Champion Aleister Black teaming up with Ricochet to take on the team of Velveteen Dream and EC3. That should be a lot of fun.

The brackets for the tournament are below. 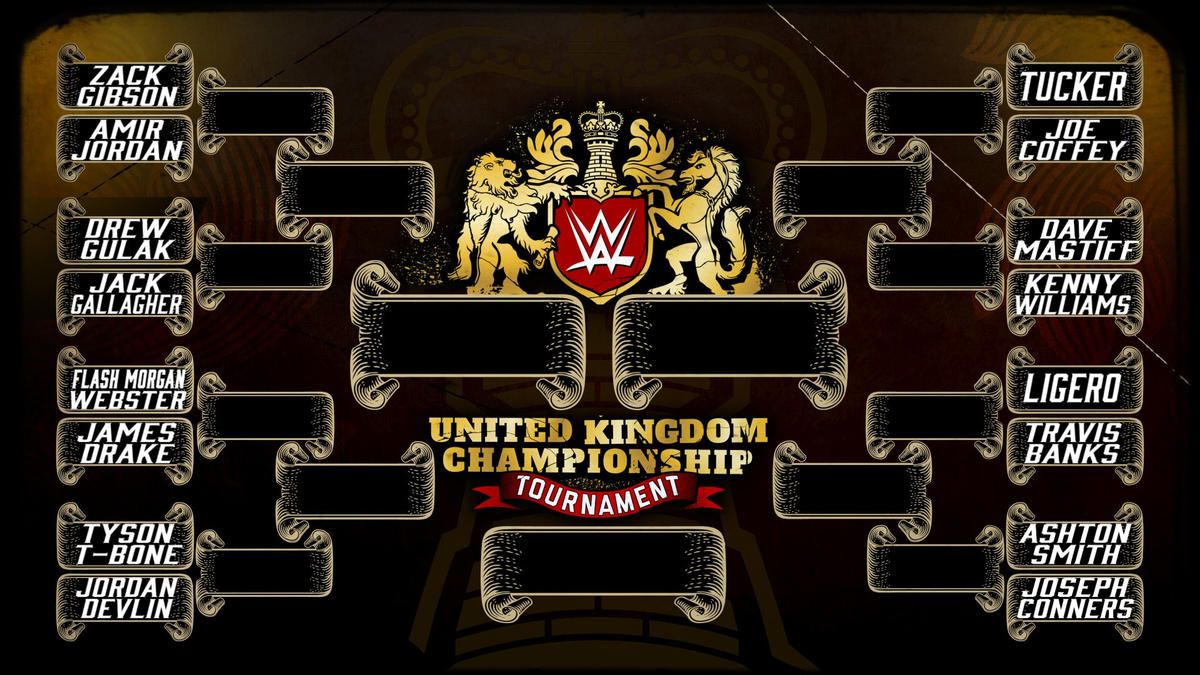 It’s an interesting group there. I am familiar with some of them, but others I have no idea about because I live in Canada and some of them are just known for working in Europe. I think the idea of involving some 205 Live guys like Drew Gulak and Jack Gallagher as well because it brings a bit of a different feel to it.

Eric Bischoff Describes Element Of AEW He Prefers To WWE