A new match has been added to WWE Crown Jewel on Thursday, October 21 with WWE announcing today that Randy Orton & Riddle will defend the Raw Tag Team Titles against AJ Styles & Omos

Orton and Riddle beat Omos and Styles at SummerSlam, so this is a rematch for the former champions. Omos and Styles were the champions since WrestleMania 37 when they beat The New Day for the Raw Tag Team Titles.

This past Friday on Smackdown during part one of the WWE Draft, Orton and Riddle were drafted to the Raw brand, so they are staying where they are. Omos and Styles are part of the eligible draft pool tonight on Raw. They could remain a tag team on the same brand or they could be split up during the draft.

Omos has yet to be pinned in a WWE ring although he has been part of tag team match losses with Styles.

While it appears as though Randy Orton doesn’t always get along with Riddle, the duo remain one of the most popular acts on the WWE Raw brand and the fans love to root for them.

The updated lineup for WWE Crown Jewel (from Riyadh, Saudi Arabia) looks like this: 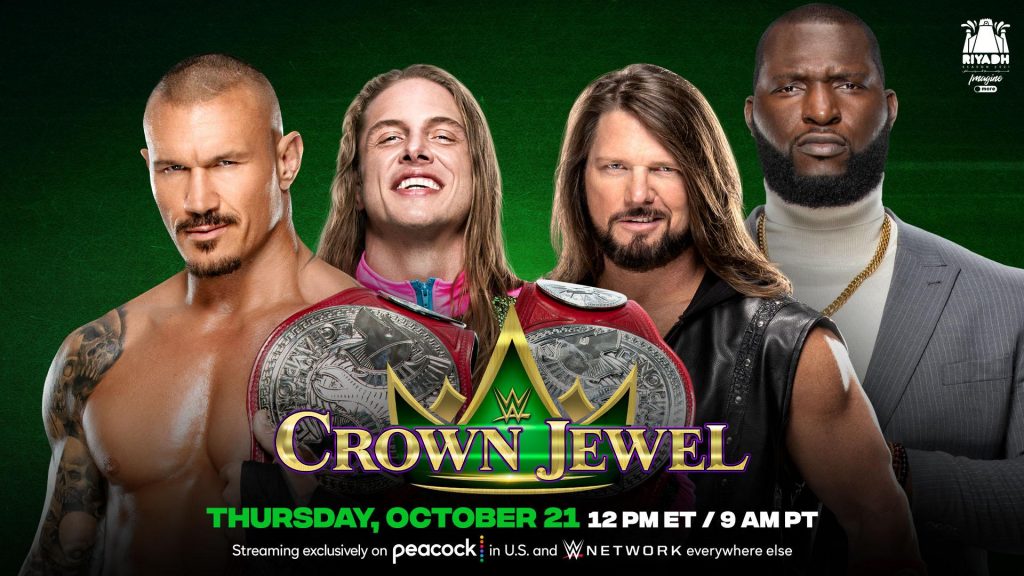 You can watch WWE Crown Jewel on Thursday, October, 21 at 1pm ET/10am PT on Peacock in the United States and WWE Network in the rest of the world.