Tonight is the fourth episode of AEW Dynamite on TNT. It will take place at the Petersen Events Center in Pittsburgh, PA. They don’t have any title matches advertised, but there are six matches on the show and there should be some quality matches as usual. Here’s a look at what is advertised with my brief predictions for each match.

They were partners last week when Moxley walked away from Pac and that led to Pac losing to Adam Page and Kenny Omega, so at least there’s a story here. I think Moxley should get the win since he’s in the big match at Full Gear against Kenny Omega on November 9. That’s arguably the most anticipated match at Full Gear and I think Moxley could use a big win going into Full Gear. Pac has a pretty good record in AEW so far, so let’s see a win for Moxley. Wish me luck as I try to write about the match without typing Ambrose or Neville.

When Private Party beat The Young Bucks two weeks ago it was a huge surprise. Can they get another surprising win? I don’t think so. I believe The Lucha Bros have a very good chance of becoming the first AEW Tag Team Champions because of the work they do in the ring and they are popular with the fans. I expect Private Party to come close to winning a few times, but I’ll go with Pentagon and Fenix for the win.

I’m leaning towards Socal Uncensored here with Frankie Kazarian and Scorpio Sky coming off an impressive performance last week. The Dark Order are rare in AEW because they are actually heels that act like heels, but a lot of fans don’t like them based on their performances. I think Socal Uncensored will get the win since they have had issues in the past with Lucha Bros, so it seems obvious that’s going to be the finals.

The AEW Tag Team Titles Tournament will be next Wednesday on Dynamite, so I expect it to be The Lucha Bros vs. Socal Uncensored. 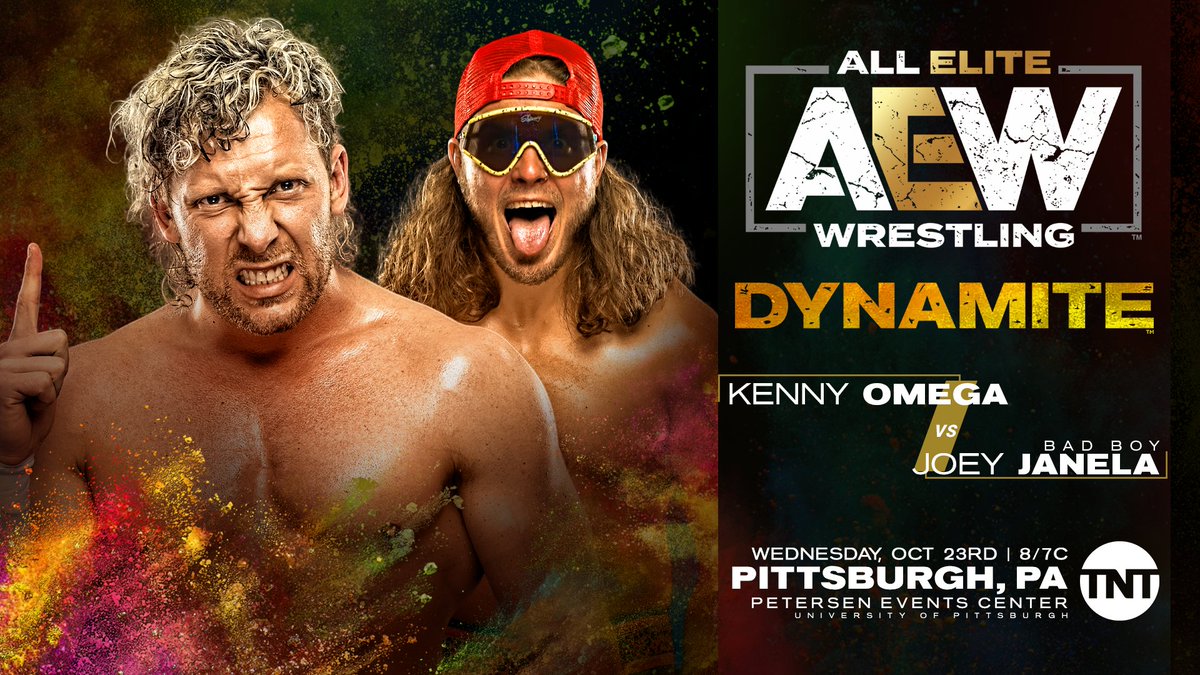 They had an awesome match on AEW Dark that aired last week, which Lance Augustine reviewed for us. I thought it was about four stars out of five if I rated, which tells you that it was better than average and definitely worth checking out if you missed it. Omega beat Janela in that match, so should Janela get the win here? I don’t think so. They need to keep giving Kenny wins going into Full Gear against Moxley, so I’m going with an Omega victory here.

When The Young Bucks lost to Private Party in the tag team tournament two weeks ago it surprised a lot of us. Could they lose again? I doubt it. The Best Friends team is mostly there to put over teams over and that’s what they’ll probably do here. I think The Young Bucks should win in about five minutes or less.

Baker is from Pittsburgh and they are trying to push her as a big deal as one of their top women. Baker lost to Riho last week, so I expect Baker to win. I don’t know much about Hayter.

Hey, did you know Baker is a dentist? The announcers will remind you at least five times tonight. I like the announcers, but enough with telling us she’s a dentist. We know by now!

That Cody video package from last week was amazing. I think they need to crank up the heat on the Cody/Jericho match at Full Gear for the AEW World Title, so hoepfully “Cody speaks” means we get an entertaining exchange of promos from Cody and Jericho. They are both good talkers, so they’ll likely be able to get people more excited for their Full Gear match.

They will also tape these two matches for AEW Dark next week:

There are usually three matches on AEW Dark, so they will probably tape another match too.

I’ll be back later this evening with a review of AEW Dynamite. I’m not sure if it will be live, but I will post it this evening at some point. Check out my previous AEW Dynamite TV reviews here.