10. NXT In Your House to Take Place on June 4th

NXT will once again bring back In Your House. This week on NXT 2.0, NXT North American Champion Cameron Grimes mentioned how he will be defending against Carmelo Hayes at an upcoming In Your House event. Hayes later tweeted out “June 4th” with it being reported that is the day of the event. This means that In Your House will be taking place the Saturday before Hell in a Cell, which is scheduled for Sunday, June 5th. Coincidentally, anyone who has children knows that Hell in a Cell can also take place In Your House every night. (TJRWrestling)

After months of anticipation, Danhausen finally competed in a match against Tony Nese this past Wednesday on Dynamite! Unfortunately for Danhausen, he was then defeated by Nese in less than a minute. Nese then proceeded to continue to attack Danhausen, Until Hook came down to make the save. Hook and Danhausen then shook hands, appearing to join forces. Hopefully things will go better for Danhausen now that he is aligned with Hook, as something hasn’t been that disappointing after that much anticipation since my prom night. (TJRWrestling)

8. Kota Ibushi and NJPW Have a Falling Out

With AEW Forbidden Door being a little over a month away, NJPW may be without one of its biggest stars. This week Kota Ibushi expressed his frustrations with NJPW on Twitter. Ibushi shared conversations with NJPW official Kikuchi, where he promised to expose what he described as “Cheaters-gun” and “sexually harassing bosses.” At one point Ibushi also told Kikuchi that it was “fine if you just fired me.” All of Ibushi’s Tweets were in Japanese, making them slightly more difficult to translate than Tweets from an average American wrestling fan. (ITRWrestling)

7. Bobby Lashley and Omos to Face off inside a Steel Cage This Monday on Raw

Bobby Lashley and Omos will look to end their feud this Monday on Raw. This past Sunday at WrestleMania Backlash, Omos defeated Lashley with the help of outside interference from MVP. The following night on Raw, Lashley challenged Omos to a Steel Cage Match, with the thought that it would prevent any outside interference. The cage will also have the extra benefit for the live crowd, of it making it harder to watch Omos wrestle. (TJRWrestling)

After dropping the stipulation at WrestleMania Backlash, it appeared that WWE has changed their minds about unifying the Tag Team Titles. This past Monday however on Raw, Raw Tag Team Champions RK-Bro once again brought up the idea. Randy Orton and Riddle announced that they are going to be at Smackdown tonight to request a unification match against Smackdown Tag Team Champions, The Usos. We shall have to wait and see if WWE is actually unifying the titles this time, or if Orton and Riddle were just really high and said it by accident.

For the first time since last August, Alexa Bliss wrestled a match on Raw. Bliss made her return this past Monday and proceeded to defeat Sonya Deville in less than a minute. Before the match, it was also announced by Adam Pearce that Deville will no longer be a WWE Official, and is now just a wrestler. Besides being her first match on Raw in nine months, this was also the first time Bliss has been seen in WWE since losing inside the Elimination Chamber in Saudi Arabia last February. Bliss also got married last month, which explains why she has decided now is a good time to go back on the road full time. (TJRWrestling)

Rhea Ripley is going to have to figure out how to look good in purple lighting. This past Sunday at WWE Backlash, Edge and AJ Styles once again faced off. The finish of the match saw Styles go to the top rope to try to finish off Edge. A masked individual then appeared however, pushing Styles off the rope to help Edge pick up the win. The masked individual then joined Edge in the ring, and then unmasked to reveal that it was Rhea Ripley. Ripley now joins Edge and Damian Priest as the third member of Judgment Day. This faction should not be confused with Arnold Schwarzenegger‘s Judgment Day faction which included John and Sarah Conner.

On March 25th, WWE Hall of Famer Tammy “Sunny” Sytch was involved in a fatal car accident, that left a 75-year-old man dead. Police at the time suspected Sytch was intoxicated but waited for the toxicology reports to come back before pressing any formal charges. Those reports came back this week, with Sytch’s blood alcohol level being three and a half times the legal limit. Sytch is now facing nine charges in total, with the most serious being DUI Manslaughter. If found guilty, Sytch could serve up to 30 years in jail. This is not the first legal trouble Sytch has been in, as she has been arrested for DUI six times previous to this. This is obviously a horrible tragedy that has cost a man his life, and makes me wish for the days when wrestlers were just getting arrested for beating somebody up at McDonald’s. (TJRWrestling)

Tammy Sytch — also known as "Sunny," in the ring — is behind bars over a fatal car crash from last month that cops say was caused by her being under the influence. https://t.co/kF0qDyDjro

This week at a live event in Trenton NJ, Roman Reigns stated: “I’ve been here a couple of times in the past 10 years. I’m starting to work into a new phase in my career, and I honestly don’t know if I’ll be back here again. If that’s the case, I just wanna say thank you for all these years of support.”

This of course caused the wrestling community to go crazy, with rumors swirling that Reigns may be leaving wrestling completely for Hollywood and was taking the summer off. A few days later it came out that this is not the case, and that Reigns had actually just signed a new contract that has him working less live events. Personally, I felt this whole thing was blown way out of proportion from the start, as I have been to Trenton, NJ, and would do anything not to have to ever return there again. (TJRWrestling) 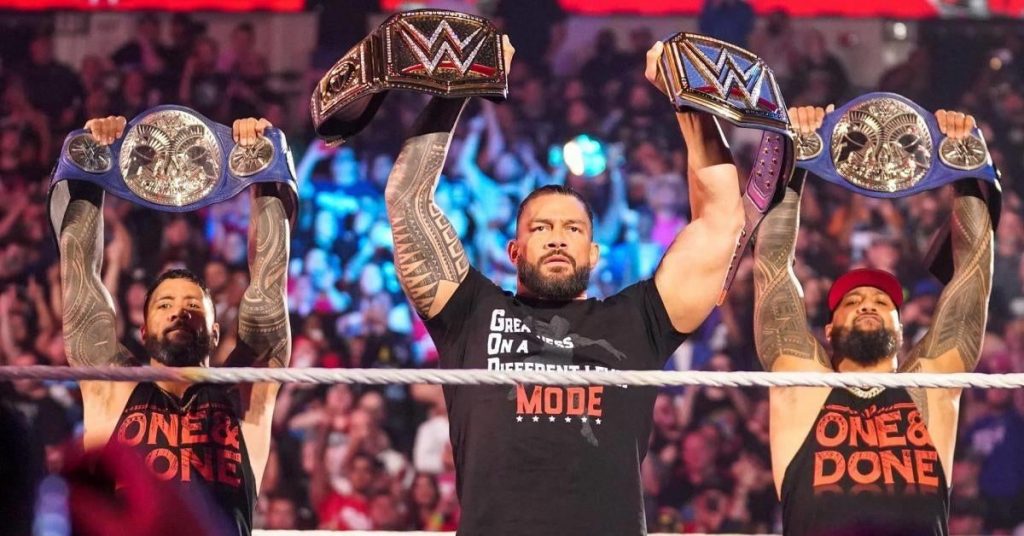 Ronda Rousey is once again a champion in the WWE. This past Sunday at WWE WrestleMania Backlash, Rousey defeated Charlotte Flair to capture the Smackdown Women’s Championship. This is Rousey’s second championship with the WWE, as she held the Raw Women’s Championship from August 2018 to April 2019. After the match, it was revealed that Flair suffered a “broken arm” in the match. In reality, Flair is actually taking some time off due to her upcoming nuptials to AEW star Andrade El Idolo. Tony Khan considered doing an injury angle for Andrade El Idolo as well, but then realized no one would realize he is gone anyways. (TJRWrestling)

This made my day https://t.co/xGzSKhCzUF

That concludes another edition of The Top Ten Wrestling Stories of the Week. Thank you for taking the time to read this each week. Although I often joke, I have recently started refereeing with NYCW and respect more than ever what wrestlers do every week. I wrote an article all about it all right here. If you like what I do, despite my jokes being almost as bad as a night in New Jersey, then follow me on Twitter @Fowlerwrestlin1.