There are three things that WWE has been promoting for tonight’s Raw: A Raw Women’s Title match, a Steel Cage Match featuring the WWE Champion in a non-title and Miz TV with a Hall of Famer as the guest.

Tonight’s Raw takes place in Memphis, Tennessee with Becky Lynch set to defend the Raw Women’s Title against Liv Morgan. The reason Morgan gets the title match is because she won a Fatal 5-Way match on the November 8 edition of Raw.

Ever since that moment, Lynch has done everything she could to intimidate Morgan and tell her that she’s not ready to be a champion like Lynch. Last week, Lynch noted that she had been a champion in WWE for every day she’s been active since WrestleMania 35 in 2019. It’s an impressive feat that could come to an end tonight on Raw.

The champion Lynch showed confidence in a tweet: “For Liv, it’s the biggest night of her career. For me, just another Monday. That’s what happens when you’re Big Time.”

Morgan also tweeted about the big match while thanking the fans.

U guys have been with me through every single step of this crazy journey.. tomorrow, I make you proud 🖤✨ pic.twitter.com/Yi9kiX0nmV

If Morgan defeats Lynch then it would be Morgan’s first championship win in her WWE career.

The WWE Champion Big E will also be in action as he faces Kevin Owens in a Steel Cage Match in a non-title match. The two men have had issues for several weeks now including a match last week on Raw.

The story going into last week’s Big E/Owens match is that if Owens could beat Big E then he would earn himself a WWE Title opportunity at WWE Day 1 on January 1 where Big E was set to defend against Seth Rollins. A win by Owens would make it a triple threat match.

Rollins was watching the Big E/Owens match at ringside, so the evil Owens decided to attack Rollins while he was sitting at ringside, which led to Rollins going into the ring to punch Owens repeatedly. That led to Owens winning the match by disqualification, so now the Day 1 matchup is Big E defending the WWE Title against Owens and Rollins in a triple threat match. 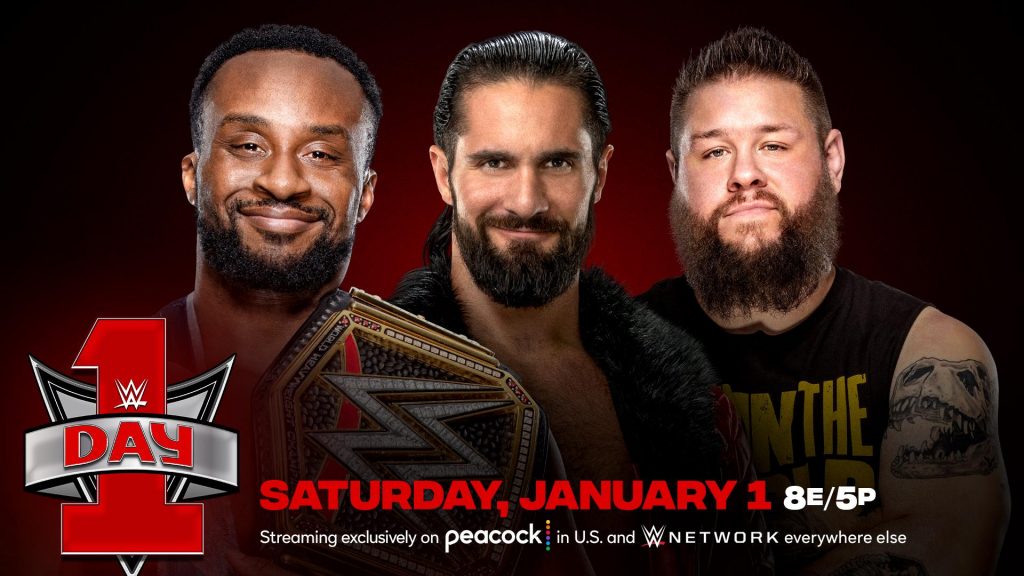 In addition to those two matches, WWE has also announced a third segment: Miz TV hosted by The Miz with Edge as the guest.

Last week on Raw, Edge made his first appearance on Raw since being drafted there in October. However, before Edge could really get going in his promo, he was interrupted by The Miz (along with his lovely wife Maryse), who was also back after several months on the Dancing with the Stars show. Miz and Edge traded insults, but then Miz left before things got physical.

The Miz TV segment could lead to a match being made between Miz and Edge although that’s not confirmed yet.

John Canton will have a WWE Raw Deal review for tonight’s show later this evening.

Brock Lesnar Appears On SmackDown Despite Reports Of Walkout