A preview of tonight’s WWE Monday Night Raw featuring Brock Lesnar making his return on the show, plus Seth Rollins defending the US Title against Matt Riddle.

Tonight’s edition of WWE Raw takes place at the Paycom Center in Oklahoma City, Oklahoma. The WWE Crown Jewel Premium Live Event is on Saturday, November 5th, so there could be some matches announced for that show.

Here’s what WWE is advertising for Raw on their website. 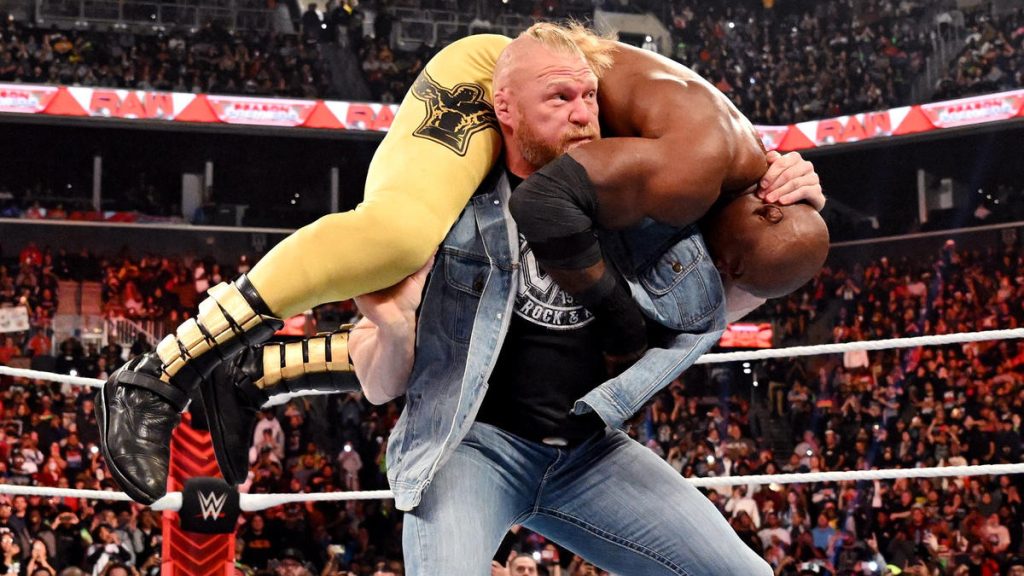 It was last week on the October 10th edition of Raw when Bobby Lashley was doing a promo and that’s when Lesnar showed up unannounced. Lesnar got into the ring, cheapshotted Lashley and attacked him with moves including an F5 along with a Kimura Lock armbar.

After the Lesnar attack, Lashley lost the US Title to Seth “Freakin” Rollins in just under three minutes. Following the match, Lashley was interviewed backstage and blamed Lesnar for his loss, with good reason.

With Lesnar appearing on Raw this week, it should lead to another confrontation with Lashley. Considering Lesnar and Lashley are two of the biggest names in WWE, it seems like this is an obvious way to set up a big match for Crown Jewel. Back at January’s Royal Rumble, Lashley beat Lesnar for the WWE Title thanks to Roman Reigns & Paul Heyman costing Lesnar. It seems like this Raw attack was Lesnar’s way of seeking revenge, but we could hear more from Lesnar on Raw tonight. 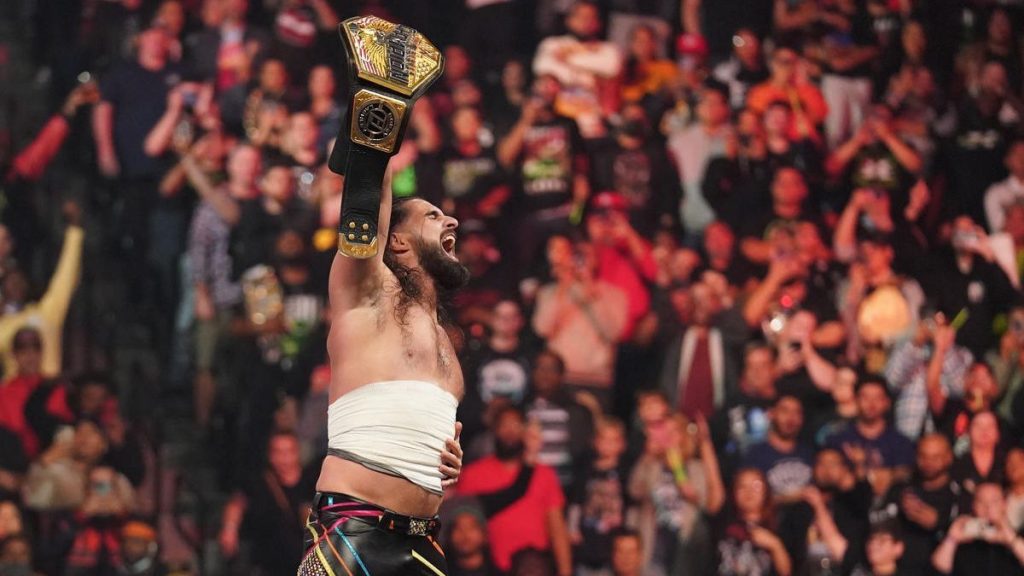 As mentioned above, Seth “Freakin” Rollins won the US Title from Lashley thanks to Lesnar, so this week Matt Riddle gets a shot at a title that he used to hold.

This would be the third major televised match between Riddle and Rollins. At Clash at the Castle on September 4th, Rollins beat Riddle. Their rematch at Extreme Rules on October 8th saw Riddle get the win in a Fight Pit Match with Daniel Cormier. This time the US Title is on the line.

Can Riddle beat Rollins again to win the US Title? It would seem unlikely for Rollins to lose the US Title after one week, but anything is possible in this era of WWE. 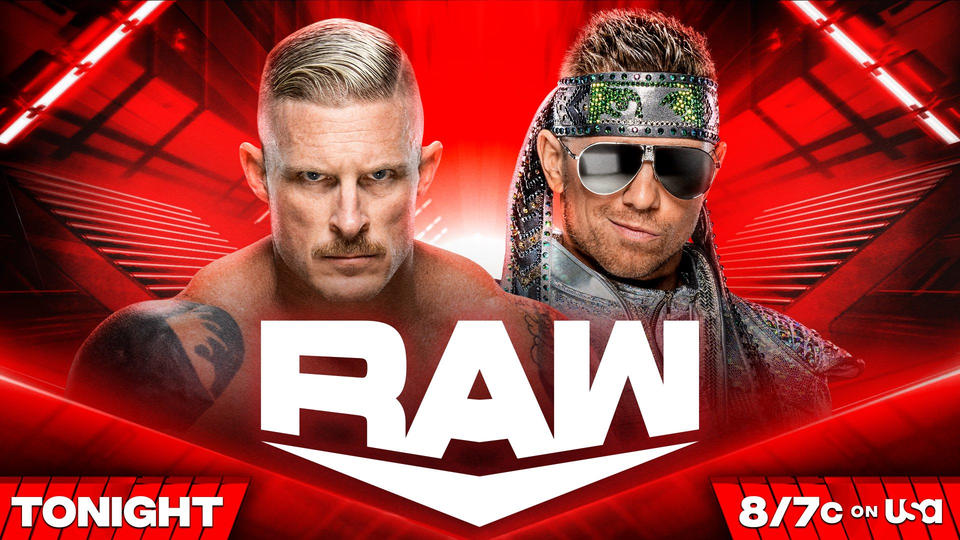 This one has been brewing for a few months. Here’s a summary from WWE:

“Week after week, Dexter Lumis has made The Miz’s life miserable by attacking him backstage, popping up from under the ring, dragging him away from matches and even invading his home. Last week, the commotion transformed into festive fury when Lumis crashed The A-Lister’s birthday bash, sent Miz heading for the hills, left Miz’s wife Maryse with a face full of cake and even tasted some of the delicious dessert himself.”

Last week this match was set up with the deal that Lumis wins then he gets a Raw contract, so if Miz wins then that apparently means Lumis is gone. It’s probably safe to assume Lumis wins here although there could also be a twist to it.

Gallows & Anderson look to educate The Alpha Academy in the ways of The O.C. 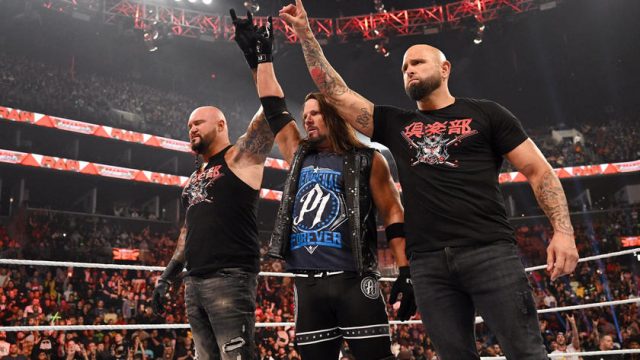 The O.C. group was reunited on Raw last week when Luke Gallows & Karl Anderson returned to WWE after two years to help AJ Styles fight back against The Judgment Day. It should lead to Styles, Gallows & Anderson facing The Judgment Day’s Finn Balor, Damian Priest & Dominik Mysterio in a tag team match at some point in the future.

Elias to make his smash return 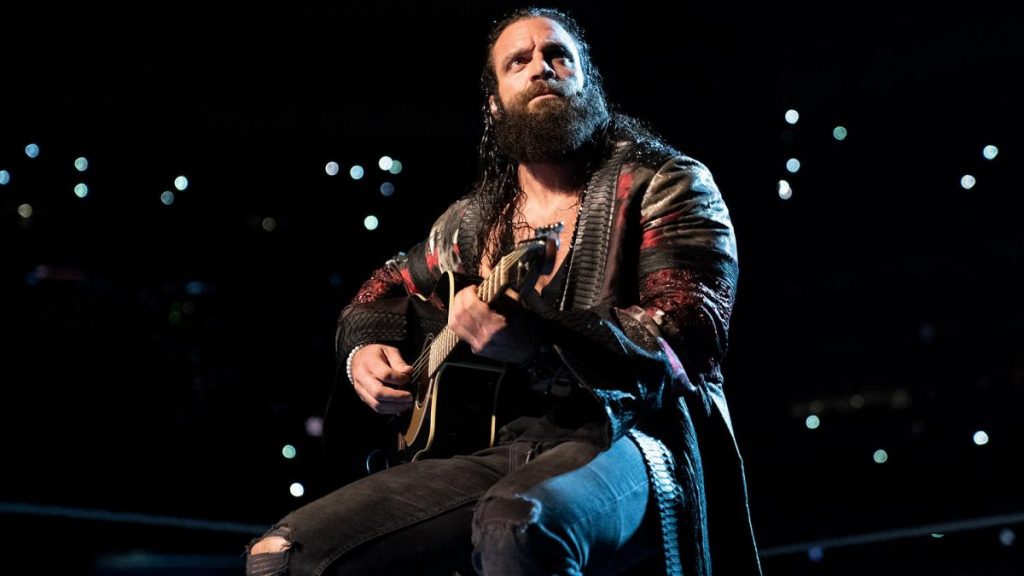 It’s the return for Elias after WWE got rid of the character earlier this year. That led to the Vince McMahon-led creative team going with the beard-less “Ezekiel” character, who was a plucky babyface that got under the skin of Kevin Owens, who kept saying that it was really Elias. Thankfully the goofy character ended when Triple H took over the WWE creative team in July, Kevin Owens took Ezekiel out with an injury angle and it gave Elias time to grow his beard back to return to WWE TV tonight.

While it’s hard to predict who might interrupt Elias, we know that he usually interrupted and it could lead to a match on Raw or perhaps next week.

Another thing for Raw tonight that isn’t on WWE’s website is that NXT’s Cora Jade will be on the show to pick a women’s Raw wrestler that will face Cora’s rival Roxanne Perez on NXT this week. Perez was on the October 14th episode of Smackdown and picked Raquel Rodriguez to face Cora on this week’s NXT show.

You can visit us later tonight on TJRWrestling for my live review that’s exclusive to this wonderful website. I think it might be a live review tonight, but if not I’ll try to get it done later in the evening at least.

Seth Rollins Will To Defend US Title Vs. Bobby Lashley & Austin Theory At WWE Survivor Series