This week’s edition of WWE Raw features some big matches along with appearances from two of the company’s biggest stables ever, including a 25-year anniversary celebration.

Tonight’s episode of WWE Raw (taking place at the Barclays Center in Brooklyn, New York) follows what was an interesting and newsworthy Extreme Rules Premium Live Event on Saturday in Philadelphia. The biggest thing that come out of that show was the WWE return of Bray Wyatt. As of this writing on Monday morning, Wyatt is not being advertised for Raw although it’s certainly possible he could appear.

The new main Raw commentary team of Kevin Patrick and Corey Graves will be on the call for this show. The backstage interviewers will be Cathy Kelley and Byron Saxton.

Raw comes from Brooklyn, New York and is being billed as the “Season Premiere” of the show that did not have a “Season Finale” nor does it ever really have an offseason. It’s just what TV shows do sometimes. Everything that you see for the Raw preview comes from the WWE.com preview of Raw.

D-Generation X proudly present to you their 25th Anniversary Celebration 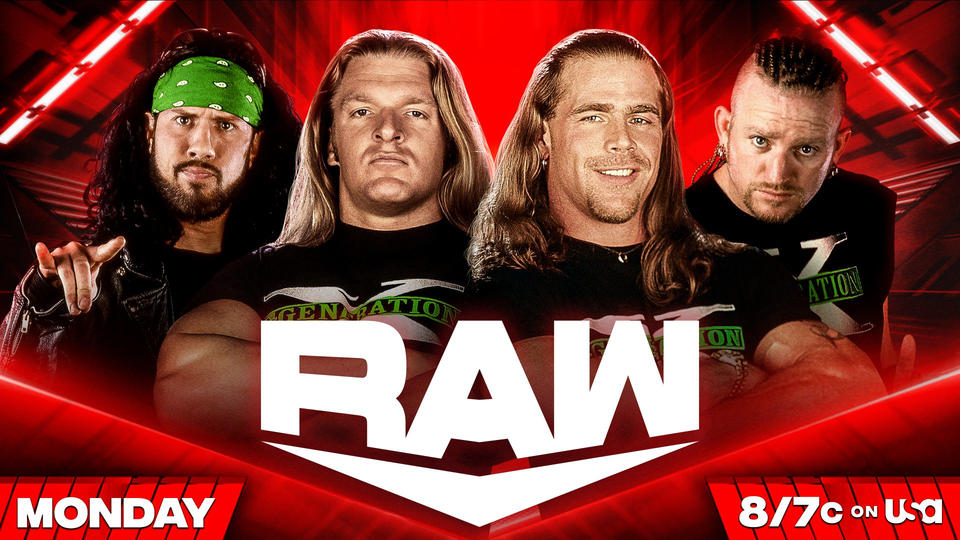 Is it degenerate behavior to use 1998 promo pics to promote a 2022 appearance? I’ll leave that up to you to decide.

It’s a celebration on Raw as the D-Generation X Hall of Fame group reunites to celebrate 25 years since the group was formed in 1997. At that time, the original members were Shawn Michaels, Hunter Hearst Helmsley officially became Triple H, Chyna was with the group and so was Rick Rude. After WrestleMania 14 in 1998, Michaels was out with a back injury, so Triple H became the group’s leader that was joined by the New Age Outlaws (Road Dogg & Billy Gunn) and X-Pac, who re-signed with WWE after working in WCW for a few years. DX was inducted into the WWE Hall of Fame as a group in 2019.

Fast forward to present-day WWE with Triple H as a top executive in the company with the job of Chief Content Officer, which also means he’s in charge of the creative team on Raw and Smackdown. Shawn Michaels is a Senior Vice President of Talent Development Creative in WWE, which means he helps to run the WWE NXT brand and is the main person in charge of the NXT television show on Tuesday nights. Road Dogg has worked as a lead writer on Smackdown in WWE among other jobs and now he’s in the role of the Vice President Of Live Events meaning he helps to put together live events. Sean “X-Pac” Waltman does not have an official job title, but it’s certainly possible could have some kind of job if he wanted one. As for Billy Gunn, he works for AEW, so he likely won’t be there although it’s possible there could be a video message from the man once known as Mr. Ass.

Now that DX is made up of four guys in their 50s (three of whom are executives in WWE), I’m not sure how “degenerate” they can be. However, it should be fun to see the DX Reunion for those of us that grew up with them and remember those familiar catchphrases very well. I just hope nobody hurts themselves doing crotch chops.

Roman Reigns and The Bloodline invade the Raw Season Premiere 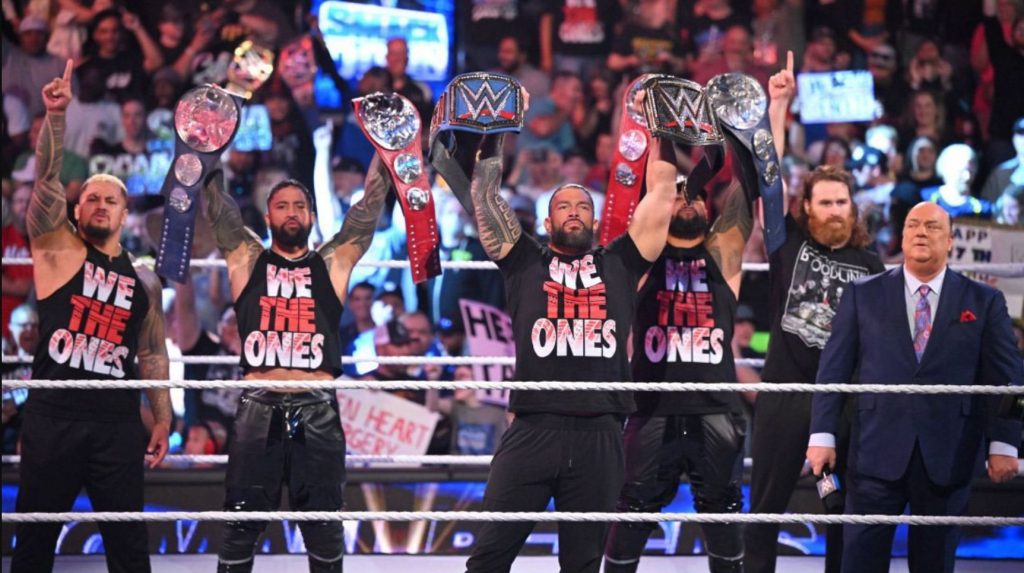 The six-man group known as The Bloodline will be on Raw tonight led by the Undisputed WWE Universal Champion Roman Reigns, the Undisputed WWE Tag Team Champions The Usos, their younger brother Solo Sikoa, the “Honorary Uce” Sami Zayn and the “Special Counsel” Paul Heyman. While the majority of the group usually only appears on Smackdown, it’s a special episode of Raw since it’s the Season Premiere, so it’s a smart move to get The Bloodline on the show.

With Roman Reigns set to main event Crown Jewel against Logan Paul on November 5th, look for The Tribal Chief and his “Wise Man” Paul Heyman to address Paul. It should be noted that Logan Paul is not being advertised for Raw tonight although there always could be some appearance. Also, since The Bloodline tends to make a lot of enemies everywhere they go, it’s always possible that some of the group’s members are put into a match at some point during the three-hour edition of Raw.

It will also be interesting to see if Zayn’s on-again/off-again best friend Kevin Owens will make an appearance during The Bloodline segment to try to convince Zayn to stop hanging out with those guys. There should also be an advancement regarding the ongoing issues between Zayn and Jey Uso, who clearly does not like that Zayn is in the group. 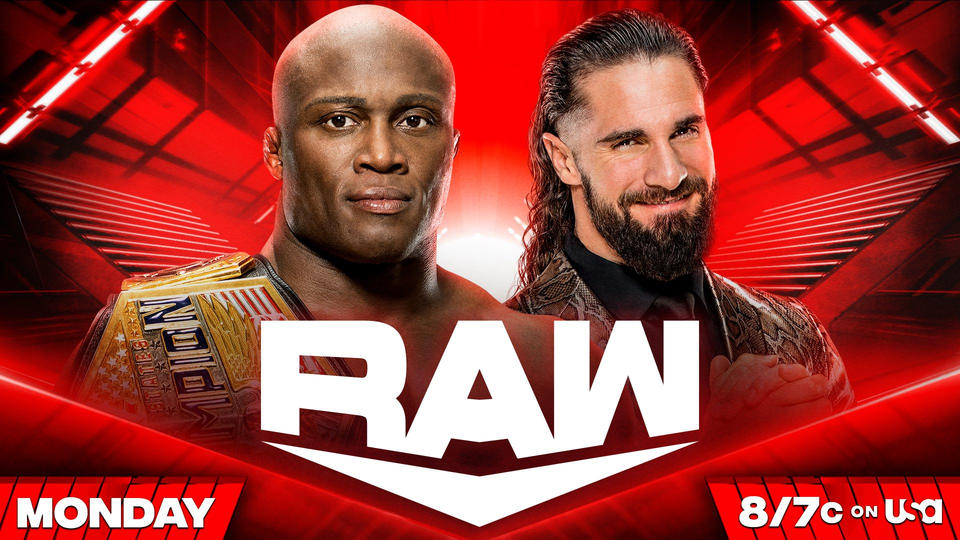 When Seth Rollins challenged Bobby Lashley for the United States Title on the September 19th edition of Raw, Rollins came up just short in a three-segment 20-minute match that saw Lashley keep his title. The finish was not clean because Rollins was distracted by his Extreme Rules opponent Matt Riddle and Lashley hit Rollins with a Spear to pick up the win. Lashley will be going into the match fresh since he wasn’t on the Extreme Rules card while Rollins lost a physical battle to Riddle in the Fight Pit Match that main evented Extreme Rules. It wouldn’t be a surprise to hear Rollins criticize the officiating of the Fight Pit match referee Daniel Cormier on Raw as well.

My prediction is that the crafty Rollins will find a way to cheat and win the title. I think Rollins has been one of the best, if not the best, performers in WWE this year. Rollins has also lost a lot of matches at Premium Live Events, but I think putting a title on him like the US Title would be a smart move because Rollins would be even more entertaining if he could brag about being a champion. That’s nothing against Lashley, who I like. I just think Rollins winning the US Title is a very strong possibility. 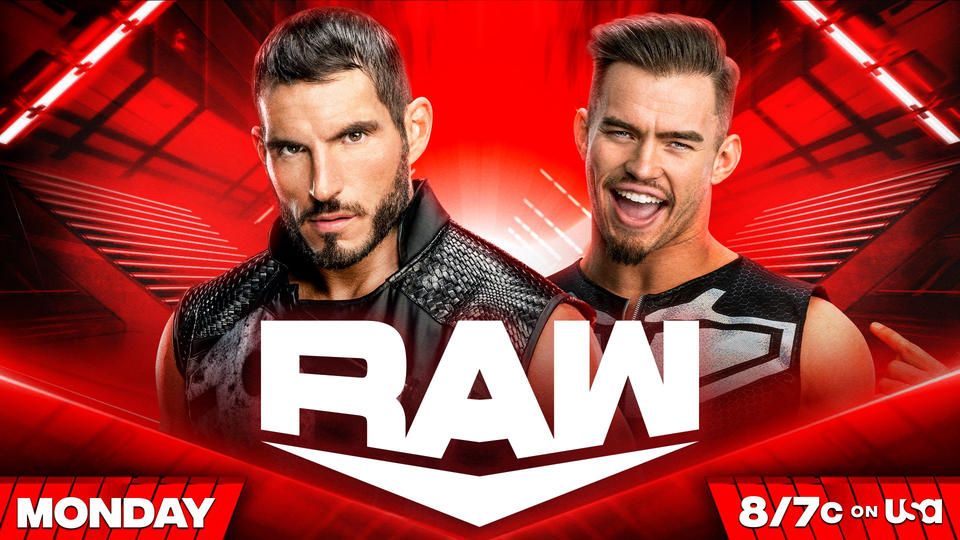 When Johnny Gargano re-signed with WWE and returned to television on the August 22nd edition of Raw, he had to deal with Austin Theory bragging about how successful Theory is. Ever since Gargano hit Theory with a superkick on that night, this match has been brewing. The backstory is that Gargano was something of a mentor to Theory while leading “The Way” group in NXT. However, now Theory believes that he is better off without the guidance of the veteran Gargano, so they will put that to the test on Raw.

Gargano tweeted about some of the big moments he has experienced in Brooklyn during his WWE career.

Some of my biggest moments have happened in the Barclays Center.

At Extreme Rules, The Miz also mentioned having a birthday celebration on Raw that will be hosted by his lovely wife Maryse. The Miz turned 42 years old on Saturday, October 8th, so happy birthday to him. Considering The Miz got choked out by Dexter Lumis again at Extreme Rules, it’s possible that we see something similar on Raw as well.

There may be more matches and/or segments added to the Raw lineup for tonight, so keep checking WWE’s social media channels for updates.

I’ll be back with a WWE Raw Deal review of this week’s show later Monday night or early Tuesday morning.