World Wrestling Entertainment has announced several big matches and key segments for the Monday, March 28 episode of Raw from Pittsburgh. It’s the final episode of Raw before WrestleMania 38 takes place on April 2nd and 3rd.

During last night’s episode of Smackdown, WWE aired a commercial for the go-home Raw from Pittsburgh as “WrestleMania Raw.” Some things were already announced on Raw from last Monday, but WWE has also added to the star-studded lineup with several Smackdown wrestlers on the show as well since WWE likely feels it’s okay to ignore the brand extension during WrestleMania week.

The WWE Champion Brock Lesnar and Universal Champion Roman Reigns will both be on Monday’s Raw. On the past two weeks of Smackdown, Lesnar has tried to get his hands on Reigns, but the Tribal Chief has gotten away both weeks. On the March 18 Smackdown, Reigns left in a car while Lesnar ripped a door handle off.

Lesnar spent most of last night’s Smackdown in Roman’s dressing room. The late-arriving Reigns avoided Lesnar by going to the ring instead of his dressing room. After Lesnar destroyed Roman’s truck in the parking lot, Lesnar tried to get Reigns while in the arena. However, Reigns had several security guys at ringside. Lesnar beat up the security guys while using a steel chair and Reigns managed to get away again.

While nothing specific is being advertised for Reigns and Lesnar on Raw, WWE will likely promote the idea that Lesnar may finally get his hands on Reigns before WrestleMania. As a reminder, Lesnar vs. Reigns will take place on WrestleMania Night Two on Sunday, April 3rd in what will likely be the main event.

WWE also advertised four matches on social media and their website for Monday’s Raw from Pittsburgh:

* The Raw Tag Team Champions RK-Bro (Randy Orton & Riddle) will team up to face Smackdown Tag Team Champions The Usos. These teams faced off last November at Survivor Series with RK-Bro picking up the win in a competitive 15-minute match.

* Rey Mysterio faces The Miz in singles action. It’s a preview of what we’ll see at WrestleMania 38 when The Miz & Logan Paul face Rey & Dominik Mysterio in tag team action.

* In a match announced last week on Raw, Alpha Academy (Chad Gable & Otis) will face The Street Profits (Montez Ford & Angelo Dawkins) in tag team action. Both teams will be part of a triple threat Raw Tag Team Title Match at WrestleMania 38 when they challenge RK-Bro for the titles.

* There’s an eight-woman tag team match that is set to take place as well. 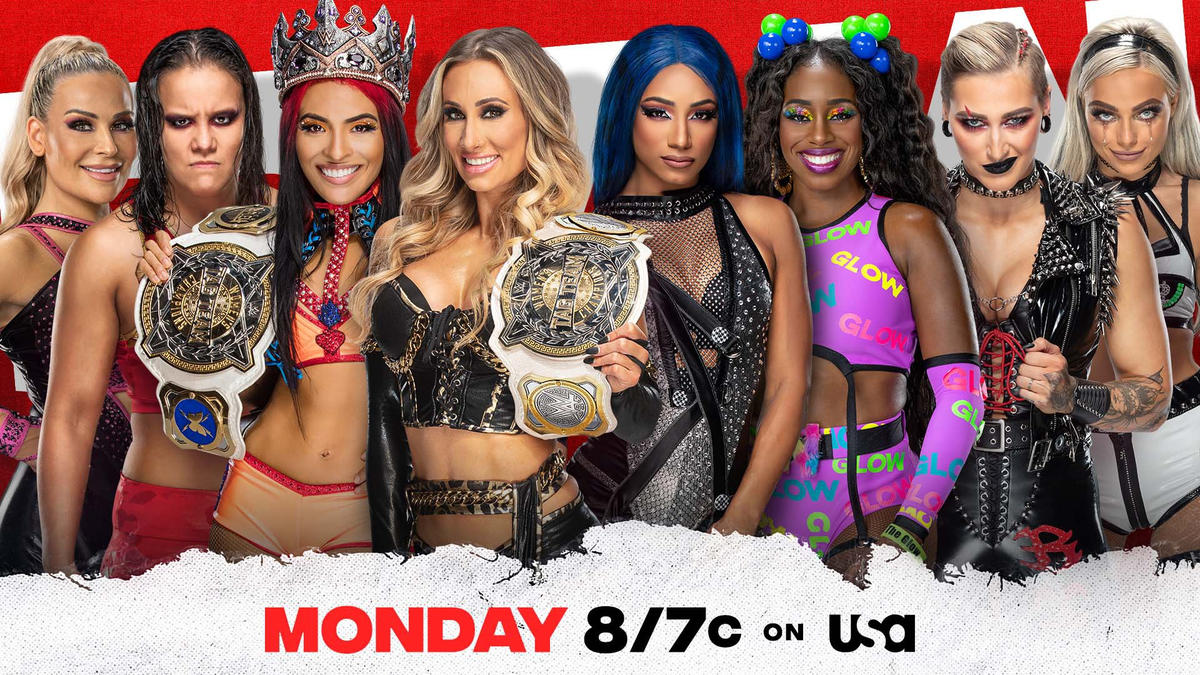 There also should plenty of Seth Rollins on Raw as well. At the end of Raw last week, Rollins said that Raw will not happen unless he gets what he deserves – his WrestleMania moment. As we have covered in the past, Seth is expected to face a returning Cody Rhodes at WrestleMania although it’s not known what WWE may announce on Raw or if they save it until WrestleMania itself.

Get ready to hear the phrase “building momentum” a lot on Raw as WWE does a big WrestleMania 38 push on Monday’s Raw in Pittsburgh.

Jim Cornette Claims The Fiend Is “Pretty Much Done”