It was announced on WWE’s The Bump online show today that Becky Lynch is going to appear on Showtime’s hit show “Billions” this Sunday, May 3rd. It’s the season premiere of the fifth season of “Billions” with Lynch appearing on The Bump to announce her appearance.

Lynch appeared on The Bump as a guest while “Billions” co-creator and executive producer Brian Koppelman was on the show. Koppelman talked about how he grew up as a wrestling fan, then he lost his interest in it a bit and then he became a fan again thanks in part to Lynch’s rise in WWE over the last couple of years.

In April 2019, Koppelman was wearing a Lynch shirt and said that Lynch had an invitation to be on an episode. Here we are one year later and now Lynch is on the show.

During his interview on The Bump, Koppelman talked about how Lynch did a great job on the show. Lynch said she really enjoyed the experience.

TJR Thoughts: I watched a few episodes of Billions several years ago, but I wasn’t able to get into it as a regular viewer. Perhaps I’ll give a try down the road. As for Lynch making an appearance, that’s cool that she will be a part of it and that Koppelman thought she would be perfect for the show. 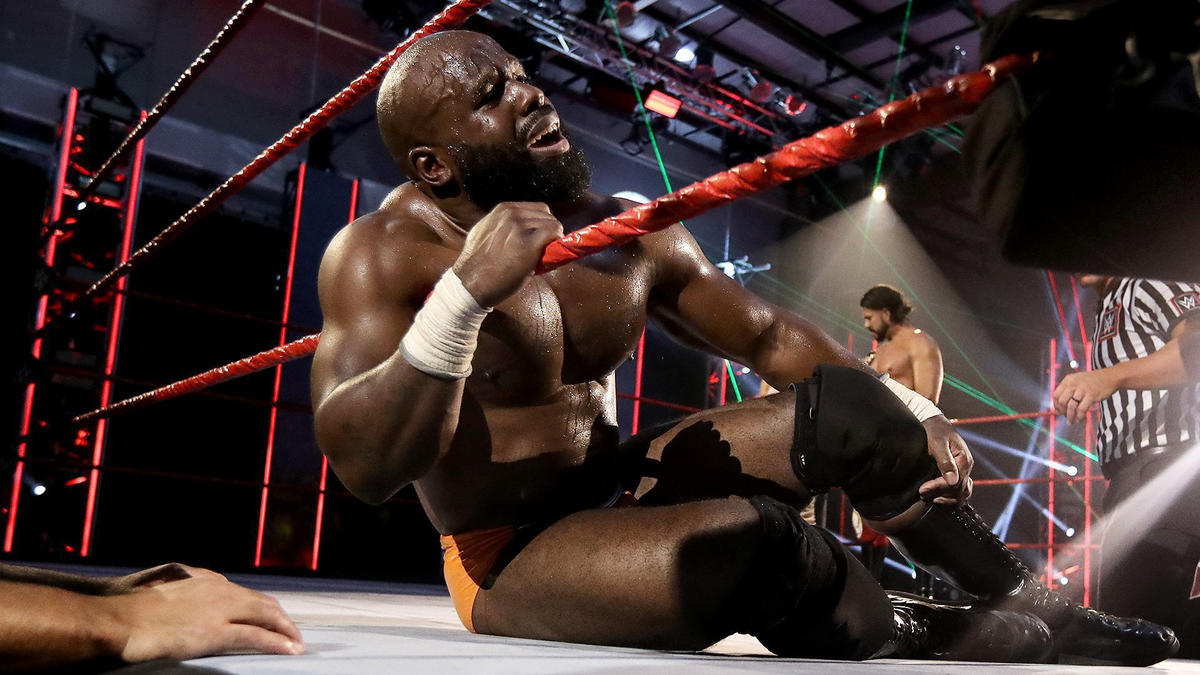 There was an injury angle on Raw with Apollo Crews selling a left knee injury during his match with Andrade. The referee called for the bell when it appeared that Crews was unable to continue, which is not a common finish in WWE, but they went that way to try to make it look like Crews was seriously hurt.

Here’s what WWE posted on their website after Raw:

Apollo Crews suffered a knee injury that left him unable to continue in his United States Championship Match with Andrade on Raw. Due to that injury, Crews will no longer be able to compete in the Men’s Money in the Bank Ladder Match on Sunday, May 10.

Stick with WWE’s Digital and Social platforms for further updates as they become available.

BREAKING NEWS: Due to the injury @WWEApollo suffered on #WWERaw, there will be a Last Chance Gauntlet Match this Monday to determine the final participant in the Men's #MITB Ladder Match. pic.twitter.com/PJNNYVRafn

It was announced on WWE’s The Bump online show today that there will be a Last Chance Gauntlet Match on Monday’s Raw (May 4) to determine who will be the final entrant in the six-man Money in the Bank Men’s Contract Ladder Match. What we don’t know right now is who will be in the Last Chance Gauntlet Match. We should get that info later in the week or perhaps next Monday.

Other matches announced for Monday’s Raw on May 4 include:

Next week’s Raw was taped this past Monday. The Men’s and Women’s Money in the Bank contract ladder matches have apparently already been taped or at least part of them. We don’t know when the whole thing might be taped, nor does it really matter. What matters is what they show us on May 10 at the Money in the Bank pay-per-view.

Why Vince McMahon May Cling To Power