A WWE Hall of Famer has deleted his Twitter account following the purchase of the social media platform by the world’s richest man, Elon Musk.

Over the past few months, Elon Musk has been causing controversy in the social media world with his attempts to buy Twitter. His lofty aspiration for “civilisation to have a common digital town square” has sparked concerns that he would allow conspiracy theories and hate speech to proliferate on the platform even more than it already does.

One man who has been sceptical about Elon Musk’s acquisition is WWE Hall of Famer Mick Foley, who back in April said he would need to give “some serious thought” to leaving Twitter for good if the deal went through.

“I’ll be giving some serious thought to leaving @Twitter for good in the near future.
I do not have a good feeling about where this platform is heading”

Now that Musk’s $44 billion purchase of the platform has been finalised, Mick Foley has seemingly made his decision as his account, RealMickFoley has now been deleted. However, the account for his ‘Foley Is Pod’ podcast is still active. 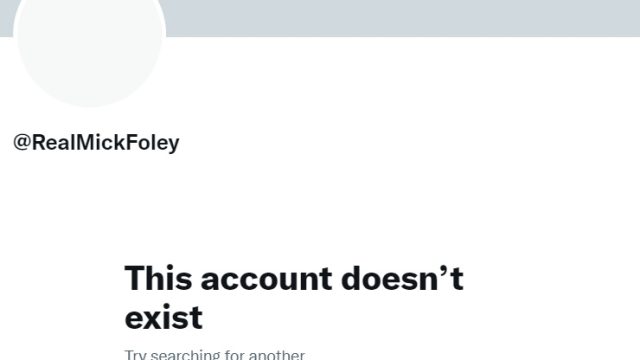 Mick Foley is in good company when it comes to celebrities quitting Twitter over the Space X CEO’s buyout. The likes of Bill and Ted star Alex Winter, ‘Billions’ showrunner Brian Koppelman, and ‘This is Us’ Executive producer Ken Olin have already left the platform while many others have voiced their intentions to in the near future.

Triple H On If WarGames Will Be New Survivor Series Tradition