It’s time to play the feud when The Miz and Rey Mysterio are joined by their families for Celebrity Family Feud hosted by Steve Harvey.

It was announced by the ABC Television Network that future WWE Hall of Famers The Miz and Rey Mysterio will be on Celebrity Family Feud this coming Sunday, August 28th. They will be playing for the Make-A-Wish Foundation of America.

Playing for Make-A-Wish Foundation of America is Team Mysterio: 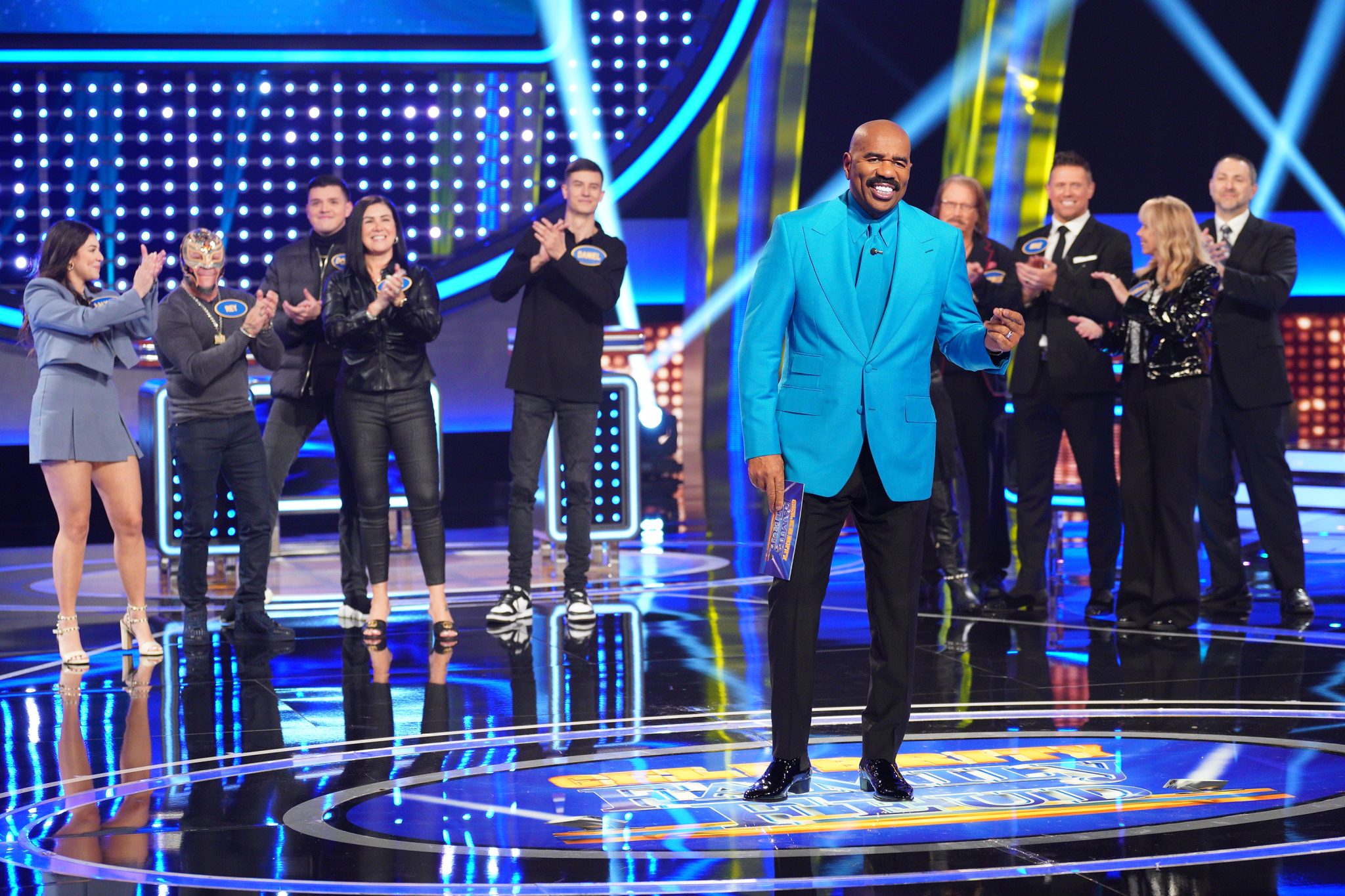 Celebrity Family Feud is hosted by comedian Steve Harvey, who has hosted Family Feud since 2010.

WWE fans will know most of the Mysterio family because, in addition to Rey & Dominik wrestling for WWE, Angie & Aalyah have been on WWE programming many times in the past. Rey’s family was with him on the July 25th edition of Raw which was a celebration of Rey’s 20 years in WWE.

As for The Miz’s family, WWE fans are very familiar with Maryse as a former Divas Champion in WWE while George Mizanin (Miz’s dad) and Marjolaine (Maryse’s mom) have been featured heavily on the Miz & Mrs. TV show for several years now.

Rey and Miz will face off on Celebrity Family Feud just like they did this past April at WrestleMania 38. That was the night when Miz & Logan Paul defeated The Mysterios in a tag team match. After the match, Miz turned on Paul. That led to Paul defeating The Miz in Paul’s first singles match at SummerSlam.

The episode of Celebrity Family Feud with Rey Mysterio, The Miz and their families will air on Sunday, August 28 at 8:00 p.m. EDT/5:00 p.m. PDT on ABC. Check your local listing for more information.