There were two more title matches added to the WWE NXT Halloween Havoc card on Tuesday, October 26. Both of them are women’s title matches.

The next big WWE NXT special event is called Halloween Havoc. Over the last seven years, NXT has run Takeover events usually five or six times a year with the last one taking place in August, but that’s not happening this time. They are simply running a regular episode of NXT on October 26 and using the Halloween Havoc theme that they have used in the past. Halloween Havoc is originally a WCW pay-per-view name that NXT brought back.

Last night on WWE NXT, the Toxic Attraction trio of Mandy Rose, Gigi Dolin and Jacy Jayne made it known they were going for championships. By the end of the night, two title matches were made official.

Mandy Rose challenged the dominant NXT Women’s Champion Raquel Gonzalez for her title. Two weeks ago on NXT, Rose and her friends beat up Gonzalez with Rose holding up the NXT Women’s Title. It was last week on NXT when Toxic Attraction tried to attack Gonzalez, but then the NXT Women’s Tag Team Champions Io Shirai and Zoey Stark made the save. After Rose issued her challenge this week, Gonzalez accepted in a video package and also said that they will have a “Spin the Wheel, Make the Deal” match. That means a wheel will be spun before the match and then the title match will be based on whatever stipulation the wheel lands on.

Previously, the first official match announced for Halloween Havoc was NXT Champion Tommaso Ciampa defending his title against the impressive rookie Bron Breakker. Ciampa and Breakker will team up next week on NXT against the Grizzled Young Veterans tag team.

Here’s the lineup for NXT Halloween Havoc on the October 26 episode of NXT: 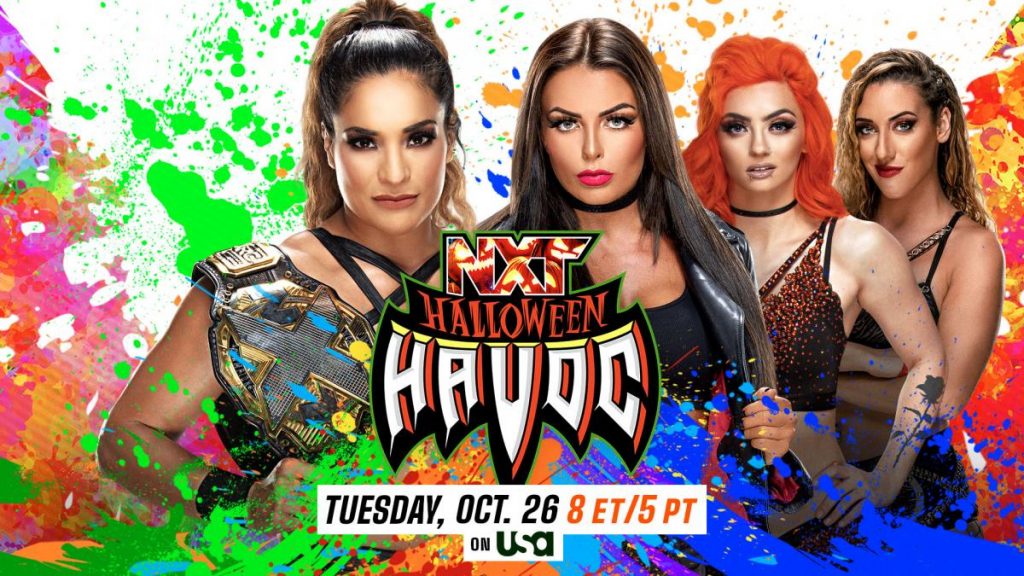 They have one more week of NXT before Halloween Havoc to announce more matches if they choose to do so.

You can watch NXT Halloween Havoc on Tuesday, October 26 in the regular NXT timeslot on USA Network or wherever you watch the show.

The Rock Describes Current WWE Superstar As The Whole Package