The first match has been announced for WWE Money in the Bank with Bianca Belair defending the Raw Women’s Championship against Rhea Ripley, who is part of The Judgment Day group.

The main event of last night’s Raw saw Ripley compete in a fatal four-way number one contender’s match against Doudrop, Alexa Bliss and Liv Morgan. It was a physical battle that ended when Ripley hit the Riptide slam on Doudrop for the pinfall win. 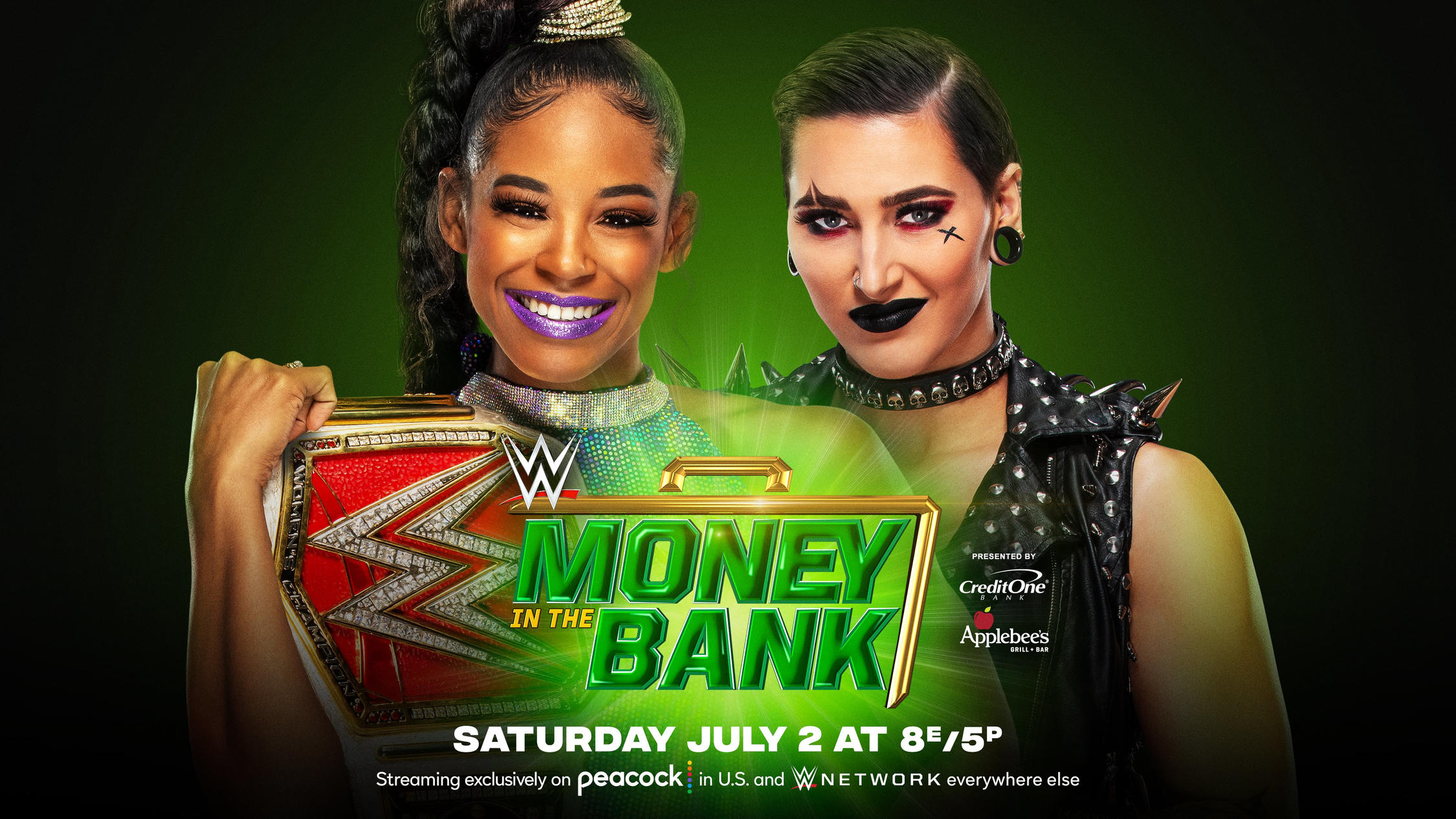 As a result of Ripley’s win, she earned the opportunity to challenge Belair for the Raw Women’s Title at Money in the Bank in Las Vegas on Saturday, July 2nd. Belair watched the match from ringside and had a staredown with Ripley to end Raw.

It was a busy night for Ripley because The Judgment Day group also provided viewers with a memorable moment when J-Day newcomer Finn Balor, Damian Priest and Ripley turned on their leader Edge. The trio beat up Edge in the ring, put him through the commentary table at ringside, used a steel bar to wear him out and then they gave Edge the Conchairto using two steel chairs. That is Edge’s famous move that they ended up giving to the man himself.

The Street Profits defeated The Usos by countout in a Championship Contenders Match on Raw, so it’s possible that could lead to a WWE Tag Team Title match at Money in the Bank unless WWE prefers to do the match before that.

The WWE Money in the Bank Premium Live Event will also likely feature Men’s and Women’s Money in the Bank matches since the famous briefcases were shown above the ring on Raw. No wrestlers for either of those matches yet.

You can watch Money in the Bank, streaming live on Saturday, July 2, at 8 ET/5PT on Peacock in the United States and WWE Network everywhere else.