When Bray Wyatt stood in the Smackdown ring, he spoke from the heart and one man that loved what he heard was wrestling legend, Jim Cornette.

The main event of WWE Friday Night Smackdown on October 14th saw Bray Wyatt, who returned to WWE six days earlier at Extreme Rules, thank the fans for supporting him and saving his life by how much they loved him. It was a different side of Wyatt because he got to speak from the heart rather than speak like a wrestling character.

Jim Cornette doesn’t love everything in modern wrestling, but he did have a lot of praise for Wyatt during a recent edition of the Jim Cornette Experience Podcast. When Cornette was asked about why he enjoyed Wyatt’s promo so much, he gave a long answer why.

“Because this was the best thing I saw on any of the wrestling shows. That’s what I said. I’m not talking about, the entrance is fine, he didn’t teleport anywhere. He didn’t appear from another dimension. It’s an entrance, and WWE does entrances better than anybody. And you can trace you know, big opulent entrances going back to Gorgeous George or Lawler coming out on the horse in the Colosseum or you know, whatever the case. I didn’t mind the entrance, spooky lights, music fog, the forbidden door that opens and a light from within. And a lantern and a figure emerge, you got to hand it to their production team. This is not making the wrestling business look bad, this kind of entrance, and it’s a big-budget production. So I’m good with the entrance. There’s no nothing about it that we’re supposed to think is magic. But here’s why I say this was the best thing I saw on either program. Yes, this guy can talk. Not only can he talk, but he’s got the charisma. Like I said earlier promo charisma that Adam Page doesn’t have, a lot of these other guys don’t have. His voice, his giggle. His attitude, his unique delivery. That’s what I like about this. I instantly knew that. Even if they told him this is kind of the direction we want to go. Nobody wrote this for him. It’s his words being delivered in his cadence. The delivery, the tone, the way it flows, his inflection and he was emotional here, and you can tell that he’s probably there was some element of truth in this. I guess he’s another person that’s had doubts about himself or had crises in his personal life. And you mentioned earlier in the program, a lot of people have said oh I’ve ost somebody. If anybody was going to lose anybody, if anybody was going to have doubts about themselves if anybody as relates to the wrestling programs, and then putting it out in front of people, this is the one that’s where this card should be used. That’s where that promo should be given because this guy can f*cking do it. It wasn’t like Adam Page moaning and bitching and whining like a dork about his goddamn misery.” 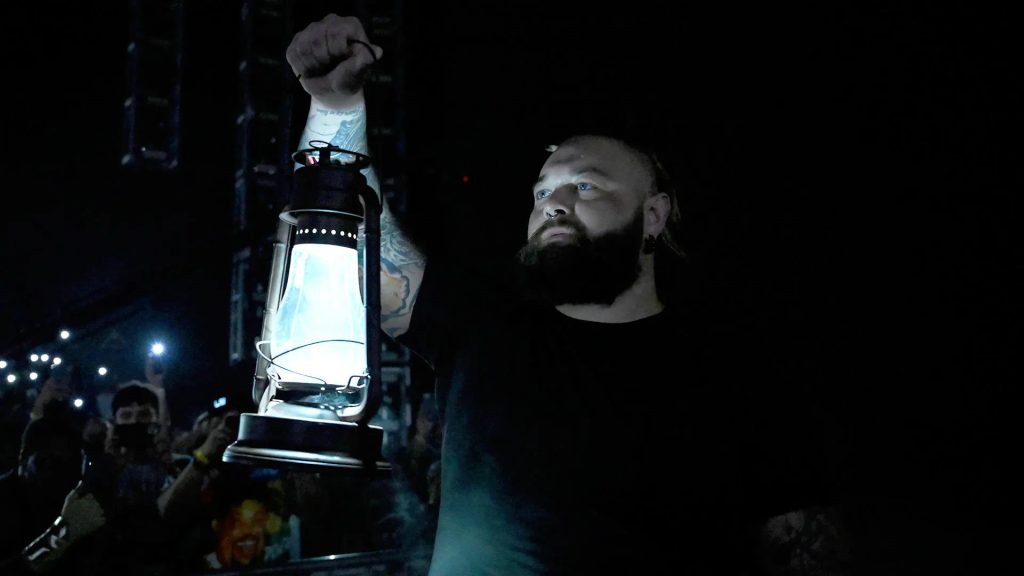 What Cornette really liked about Wyatt’s promo was that he meant what he said and it felt that way when watching Wyatt speak in the ring.

“This guy, you felt like he meant it. You know, he said when he thought nothing I ever did mattered. But I was wrong, the people still asked about me and cared about me and thanked me for what I’d done for them. And it was like, the guy was having a nervous breakdown here on television, and it was captivating. It wasn’t like that again, I go back there was like a goofy Adam Page, screaming and punching himself in the head, where you’re staring at him like what the f**k no matter where this guy, you were listening to what Bray Wyatt said. And you believed that he was delivering it with authenticity and an air of genuineness. He was talking to them like Punk does or like Mick Foley did, or like all the other, like MJF does, but in his own way. It was the same concept as those guys that can reach you on a verbal level, but in his own manner of delivery. And then he finishes up with because he, like any great babyface because he’s going to be a baby face. Now they’re happy to see like any great baby face, he drew a correlation between himself and the fans. He likened himself to the fans, and the same doubts about themselves and the same problems they had that they thanked him for helping them be distracted from or overcome or get past or whatever, he’s doing the same thing to them. Thank you, you all saved my life. Between the delivery and the unique aspect of it and his vocal quality and the inflection and the emotion he put in this, this is how you draw money in wrestling. Now I don’t know what the f*ck he’s gonna do from here and we’ll talk about the end of the segment in a second. If he’s going to be set on fire again or if you know the opponent in the Firefly Fun House is going to be transported to another dimension. Remember that when we’re they’re running through the like a Rob Zombie movie, he was running through the funhouse, being, you know, f*cking accosted by puppets that have somehow become sentient beings, then that’s going to be garbage. But I can see now if this was the original Bray Wyatt that people started you know, enjoying and liking and being fan of before you and I or at least me started watching, and before they started doing all that supernatural bulls**t, I can get into this f*cking guy. He’s got something there. But it’s only if they start doing cinematic or supernatural or Hocus Pocus, that this may go down the porcelain throne.”

If you use any quotes from this article please credit original source and then h/t with a link back to TJRWrestling.

Logan Paul Says Crown Jewel Match Was “For The Ages”