Hulk Hogan has shown off the results of his recent weight loss amid claims that he is dealing with health issues.

Ric Flair spoke about Hulk Hogan on a recent episode of his new Wooooo Nation Uncensored podcast, saying that his friend was having some “really bad health issues.” The ‘Nature Boy’ did not comment further on what these were, but went on to praise Hogan for visiting him during his own recent hospitalisation.

Hogan’s daughter Brooke has also recently commented on the WWE Hall of Famer’s health, revealing that he had undergone his 25th surgery of the last decade.

Despite this, a noticeably trimmer looking Hulkster, has posted on social media showing off his recent weight loss, commenting that he’s down to his weight as a teenager of 275lbs. 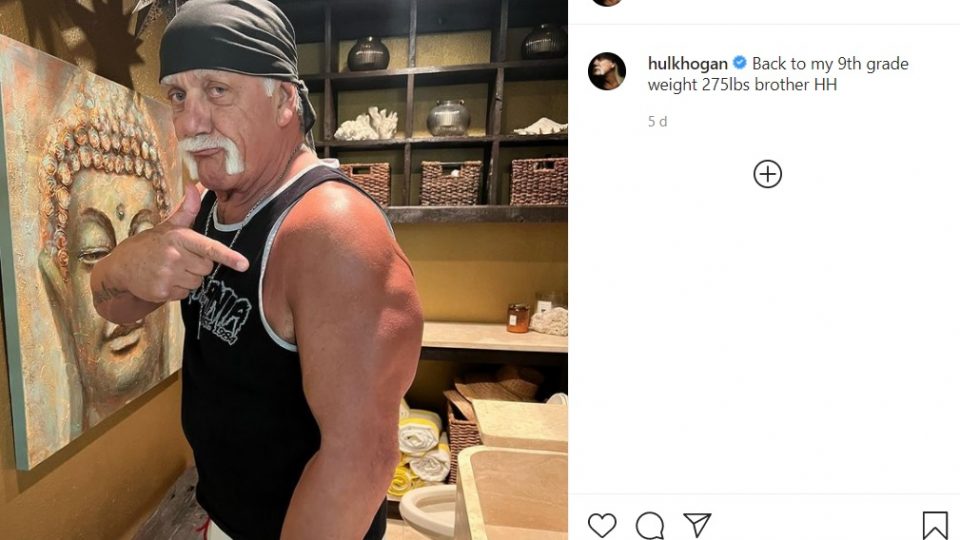 “Also, which I’ve said publicly when my son was going through all of the issues in the hospital, I couldn’t keep up with the rehab bills or the hospital bills because every time I gave [Reid] the responsibility of paying his own insurance, something would lapse like his phone bill.”

Hulk Hogan was last seen on WWE TV when he co-hosted WrestleMania 37 alongside Titus O’Neil.

Goldberg Opens Up On Infamous Match With Bray Wyatt