A new match was made official for WWE Crown Jewel on Thursday, October 21: Edge will face Seth Rollins one more time, this time in a Hell in a Cell match.

During the main event segment on tonight’s episode of Smackdown, Rollins was in the ring calling out Edge. Rollins said that he was fine with having another match against Edge while adding that Edge could pick the time, place and stipulation for the match as well. It appeared as though Rollins felt that Edge wasn’t going to be at Smackdown. However, during Seth’s promo, a black truck was shown pulling up to the SAP Center in San Jose, California. It was Edge.

Edge quickly made his way down to the ring and hit Rollins with a thunderous Spear. Rollins tried to fight back, but Edge was too much for him. Edge tried to choke Rollins with a piece of steel from the bottom of a steel chair, but Rollins managed to get away.

It was at that moment when Edge uttered six simple words: “You. Me. Hell in a Cell.”

The Rollins/Edge rivalry started in the summer when Rollins was angry that Edge received a shot at the Universal Championship at July’s Money in the Bank PPV instead of him. That led to Rollins costing Edge that match against Roman Reigns.

At SummerSlam in August, Edge and Rollins had what was arguably the best match of the night with Edge beating Rollins clean.

Rollins wasn’t done with Edge after one match, so they had another on the September 10 edition of Smackdown at Madison Square Garden in New York City. Rollins won that match with The Stomp and Edge did a stretcher job to sell the devasting finishing move of Rollins along with the fact that Edge has a history of neck injuries.

Last week on Smackdown, Rollins actually went to Edge’s house in North Carolina while Edge was at Smackdown and Rollins made himself at home. It infuriated Edge.

Edge and Rollins were both drafted to the Raw brand over the last week with the new rosters set to begin on the Friday, September 22 episode of Smackdown. The only way these two men will settle their differences is by having what will likely be a final match inside…Hell in a Cell.

The WWE Crown Jewel lineup from Riyadh, Saudi Arabia looks like this. 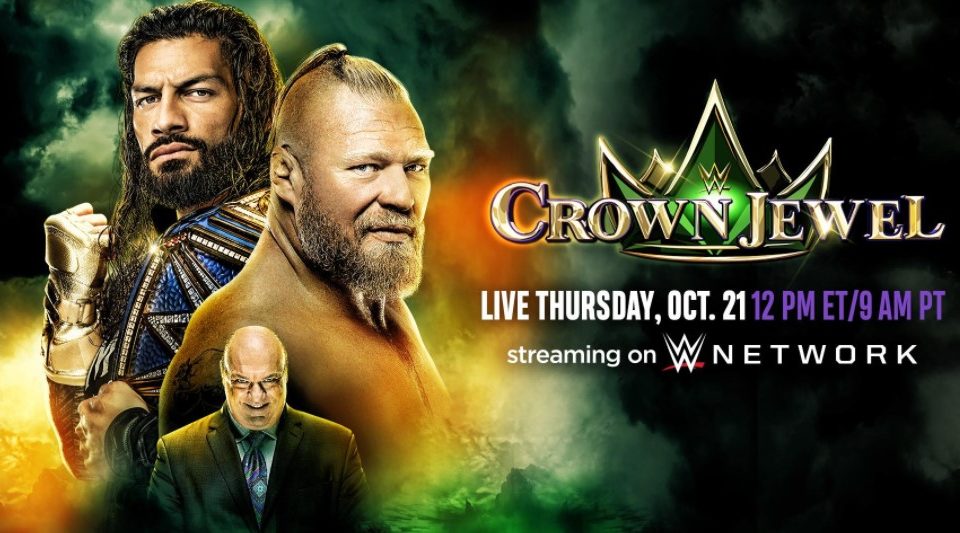 Hell in a Cell Match: Edge vs. Seth Rollins

WWE Crown Jewel is live on Thursday, October 21, at 12 p.m. ET/9 a.m. PT on Peacock in the United States and WWE Network everywhere else.