The legendary WWE Hall of Famer Bret “Hitman” Hart has shared some details about what the reaction was like to his classic Intercontinental Title match at SummerSlam 1992 against his brother-in-law, the British Bulldog.

Bulldog and Hart were in the main event of SummerSlam 1992 in front of a huge crowd at Wembley Stadium with WWE announcing 80,355 people in attendance. 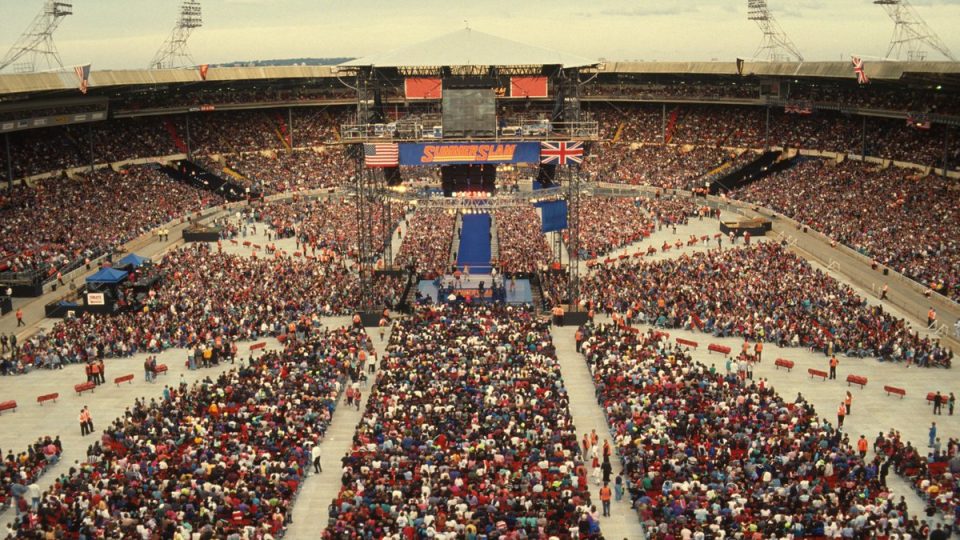 The match between Bulldog is considered by wrestling fans and wrestlers alike as arguably the greatest match in SummerSlam history and perhaps WWE history as well. However, Hart has revealed that a lot of his peers in WWE didn’t even see the match live when it happened.

Hart participated in an event at Starrcast V with Kenny McIntosh of Inside The Ropes where they looked back at SummerSlam 1992, nearly 30 years since the match happened. During the discussion, Hart shared that when he made his way backstage after the match, most of the wrestlers were already gone.

While the wrestlers may have been gone, Hart did reveal what he was told by former WWE Chairman and booker Vince McMahon.

“I had Vince McMahon come up and tell me it was the greatest match in the history of wrestling and that he thanked me so much, and told me I was the greatest athlete that he’d ever seen wrestle, which was a nice compliment.”

Hart explained how it was tough to be backstage after a great match like that without receiving any praise from his friends.

“I never got any praise, in fact, I was hoping for some feedback from Curt [Hennig] or, I have a lot of buddies back there who would say ‘Oh that was a great match.’ But nobody was there.

“I went back hotel and finally went down to the bar and I felt like someone had thrown me out of an airplane, I was so beat up. My body was so sore, everything hurt. It felt like I’d been caned. I remember asking guys ‘did you see my match?’ and they were like ‘no I missed it, we had to go, the bus was leaving,’ nobody saw it.”

Hart even went on to say that his own wife (now ex-wife) and children at home didn’t see the match when he called them about it.

“I called home, my wife told me she took all of the kids and went over to her friend’s house and they missed my match. I remember being kind of bummed out, nobody saw it. I remember talking to guys in the bar, and nothing, they didn’t even care.”

If you use any of the quotes from this article please give an H/T and link back to Inside The Ropes.