Welcome back TJR readers! Did you spend all day Friday trying to decide if you were going to order a red or blue shirt for WWE Survivor Series, and missed Smackdown? Perhaps you spent all day Monday picking out what pair of cowboy boots goes with an AEW World Title, and missed Raw.

NXT 2.0 may be resorting to an old standby to get ratings…Boobs. In September, it was rumored that NXT would be switching to a TV-14 rating. This week it was reported by WrestleVotes that those plans are still very much on the table. WWE famously had a TV-14 rating throughout the Attitude Era, with the shows often featuring bad language and sexually explicit programming. We will have to see if NXT 2.0 decides to go this route, and if it will cause John Canton to suddenly rate every Mandy Rose match 7 stars.

Within the origins of this NXT 2.0 concept was an idea that the programs rating would shift from TV-PG to TV-14. Source confirms that’s still very much on the table and USA Network is not opposed. If / when WWE decides to make the change is TBD.

It did not take Von Wagner long to be brought up to the main roster. This past Friday on Smackdown, Wagner appeared next with Adam Pearce in a backstage segment. Wagner said no words and was not identified by name, as Pearce talked to Sonya Deville about strengthening the Smackdown team in the segment. Von Wagner just recently re-debuted on NXT 2.0 in September, and had been teaming with Kyle O’Reilly. We will have to wait and see what role Wagner now plays on Smackdown, and if NXT 2.0 will be able to get by with their other 60 brand new superstars. (TJRWrestling)

8. Survivor Series Teams Get Switched Up

With Survivor Series taking place this Sunday, the Smackdown teams for the traditional Survivor Series matches still are not completely set. This past Friday during a backstage segment on Smackdown, Sonya Deville let Aliyah know that she was being removed from the Smackdown team. This was despite Aliyah getting the win for her team in the six-woman opener that saw Sasha Banks, Naomi and Aliyah defeat Shotzi, Natalya and Shayna Baszler. Also on Smackdown, Sami Zayn and Jeff Hardy wrestled, with the loser being removed from Team Smackdown. Hardy won this match, removing Zayn from the team. It was later announced on Thursday that Toni Storm would be taking Aliyah’s spot, with no replacement for Zayn being named as of this writing.

Smackdown’s teams were not the only ones that saw changes, as the Men’s Raw Team changed as well. This past Monday on Raw, Bobby Lashley defeated Rey Mysterio in a match. After the match, Adam Pearce came out and announced that he was removing Mysterio from the Raw Men’s Team. Austin Theory then came out and attacked Rey’s son Dominik, before taking a selfie with both Rey and Dominik. Pearce then came back out and announced that Theory was now a part of the Raw Men’s Team. With all these last-minute changes it almost feels like these matches really don’t matter at all and that no one truly cares about Brand Supremacy. (TJRWrestling)

NXT 2.0 has announced its first match for NXT War Games on December 5th. This past Tuesday on NXT 2.0, Raquel Gonzalez defeated Dakota Kai by DQ after Toxic Attraction (Mandy Rose, Gigi Dolin and Jacy Jayne) attacked Gonzalez. Toxic Attraction and Kai then continued the attack on Gonzalez until Cora Jade and Io Shirai made the save. Shirai then stood with Gonzalez and Jade and challenged Toxic Attraction and Kai to War Games. We will have to wait and see who will be joining Shirai, Jade and Gonzalez as the fourth member of their team, and also if fans will care about a multi-person match that isn’t for Brand Supremacy. (TJRWrestling)

6. Kenny Omega to Take Time Off From AEW

AEW may have to run shows without a ‘Cleaner’ for a while. This past Wednesday on Dynamite, Kenny Omega announced that he would be taking some time away from AEW to get fixed up. Omega reportedly has been suffering from multiple injuries, with him working through them all. There is currently no timetable for how long Omega will be out, and it is also unknown how many if any, surgeries Omega will have. Upon hearing that Omega will be out for a while, Tony Khan immediately began looking into hiring 40 wrestlers to replace him. (TJRWrestling)

It did not take long for Tony Khan to start signing ROH talent. This past Saturday on AEW Full Gear, Jay Lethal was introduced as the newest member of the AEW roster. Lethal did not waste any time making an impact for AEW, as he went on to challenge Sammy Guevara for the TNT Championship this past Wednesday on Dynamite. Lethal was not successful in his match against Guevara but has been signed to a contract with AEW. Lethal is an ROH Grand Slam Champion, and holds the record for most days as ROH World Champion. We will have to see if Tony Khan continues collecting the ROH line or if he is saving his father’s money in case WWE releases another series.

Hangman Adam Page is going to have a tough first title defense. This past Saturday at AEW Full Gear, Bryan Danielson defeated Miro in the finals of the World Title Eliminator Tournament. With the victory, Danielson is now the number one contender for the AEW World Championship. This past Wednesday on Dynamite, Danielson vowed to defeat every member of the Dark Order before defeating Page. Danielson then started making good on his promise by defeating Evil Uno, and challenging Colt Cabana to a match this Wednesday. It is unclear when Danielson will be getting his shot at the AEW World Title, but it should be soon as long as Batista doesn’t decide to come in a take his spot. (TJRWrestling)

It is that time of the year when Raw and Smackdown face off for “Brand Supremacy”. Survivor Series will take place this Sunday, November 21st at 8PM ET. So far six matches have been announced including two traditional 5 on 5 Survivor Series Matches. On the Women’s side, it will be Team Raw consisting of Bianca Belair, Rhea Ripley, Liv Morgan, Carmella & Queen Zelina Vega going against Team Smackdown of Sasha Banks, Shayna Baszler, Shotzi, Natalya & Toni Storm. On the men’s side, it will be Team Raw consisting of Seth Rollins, Finn Balor, Kevin Owens, Bobby Lashley & Austin Theory going against Team Smackdown of Drew McIntyre, Jeff Hardy, King Xavier Woods, Happy Corbin & a wrestler to be named. 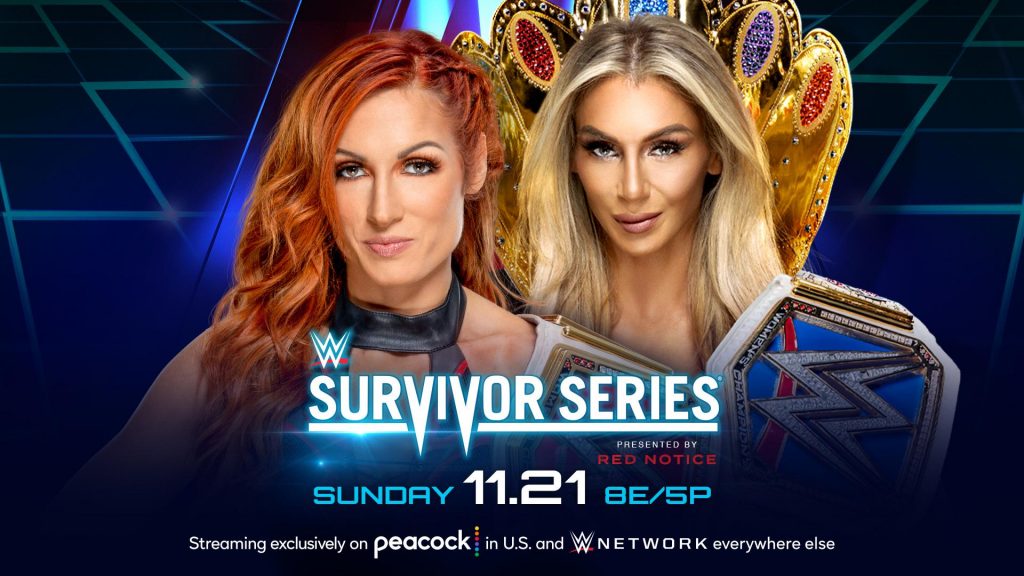 Unfortunately, eight wrestlers did not survive this week in WWE. It was announced on Thursday evening that WWE had released eight more superstars. Hit Row (Top Dolla, Isaiah “Swerve” Scott & Ashante “Thee” Adonis), John Morrison, Tegan Nox, Drake Maverick, Shane Thorne and Jaxson Ryker were all let go by WWE for “budgetary reasons”. This is the second round of releases just this month, as WWE also released 18 talents on November 4th. After all of these releases, I am starting to think WWE is either looking to sell the company or Head of Talent Relations John Laurinaitis has confused Survivor Series with Survivor. (TJRWrestling)

My 3rd Album Drops 12/3 on
All Streaming Platforms pic.twitter.com/4cWfmPSaQm

Some Cowboy Sh*t occurred this past Saturday at AEW Full Gear. In the main event of the evening, ‘Hangman’ Adam Page defeated Kenny Omega to capture the AEW World Championship. After his victory, The Dark Order came down and celebrated the title win with Page. The Young Bucks actually came to ringside during the match but chose not to interfere on fellow Elite member Omega’s behalf. Besides winning the title, Page and his wife also had their first child a few months ago, proving that children don’t always ruin your life. (TJRWrestling)

thank you all. you’ve made me feel like a champion. pic.twitter.com/7CTrhvCgP3

That will conclude another edition of The Top Ten Wrestling Stories of the Week. Thank you for taking the time to read this each week. Although I often joke, I have recently started refereeing with NYCW and respect more than ever what wrestlers do every week. I wrote an article all about it all right here. If you like what I do, despite my jokes being almost as bad as sitting at the kids table at Thanksgiving, then feel free to listen to my brand new podcast The Smark and the Noob and follow me on Twitter @Fowlerwrestlin1 as well.