There was a major angle that took place on last night’s edition of WWE Friday Night Smackdown. You can read my detailed review right here, but here’s the short version of the story. They began with a car accident in the parking lot where there was a car accident. Elias was shown being helped out of one car that was hit and then taken away on a stretcher. The police officers (who were really indy wrestlers in cheap cop shirts) found Jeff Hardy’s name in the rental car. They also happened to find Jeff in some bushes nearby and smelled alcohol nearby. The car accident meant that Jeff and Elias were both out of the matches they were scheduled to be a part of on Smackdown. At the end of Smackdown, Jeff returned, Sheamus was distracted and Daniel Bryan beat Sheamus in the main event to make the finals of the Intercontinental Title tournament.

Here’s how WWE reported on Jeff Hardy’s status last night right after Smackdown, which I included in my Smackdown review as well.

WWE Digital has learned Jeff Hardy was released from custody by the Orlando police after successfully passing the required sobriety tests, therefore absolving Hardy of the charges of public intoxication, driving under the influence, and the hit-and-run on Elias earlier tonight.

Elias was found injured in the parking lot with an abandoned car nearby before Friday Night SmackDown began. Hardy was taken into custody after being found in a dazed state not far from the scene, but he reemerged as Sheamus battled Daniel Bryan in the night’s final match.

Stay tuned to WWE social and digital channels for the latest updates on the developing situation.

The key line is here: “Jeff Hardy was released from custody by the Orlando police after successfully passing the required sobriety tests, therefore absolving Hardy of the charges of public intoxication, driving under the influence, and the hit-and-run on Elias earlier tonight.”

In other words, Jeff was framed for the accident. That’s why he was allowed to return at the end of Smackdown. 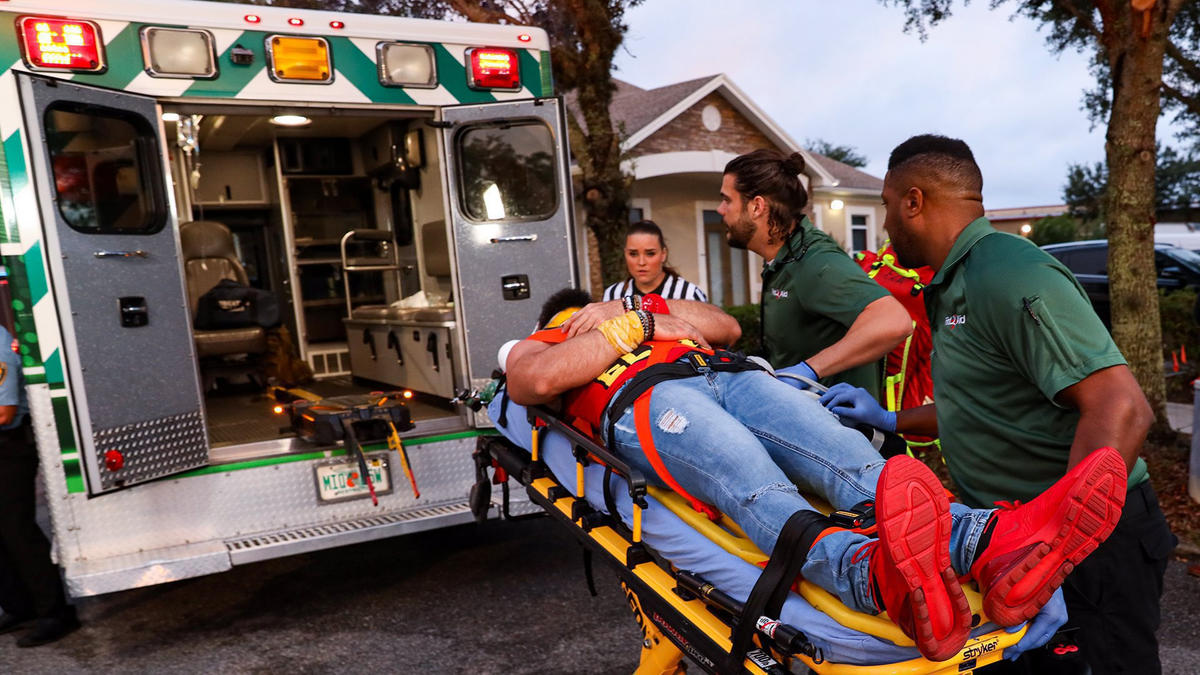 As for Elias, there was a storyline update on him this morning:

WWE Digital has learned that Elias is in the hospital and has suffered broken ribs and a torn pectoral muscle after last night’s hit-and-run attack.

After initially being apprehended, WWE Digital reported last night that Jeff Hardy was released from custody by the Orlando police after successfully passing the required sobriety tests. Hardy was absolved of the charges of public intoxication, driving under the influence, and the hit-and-run on Elias earlier tonight.

Stay tuned to WWE social and digital platforms as the situation continues to develop.

A torn pectoral muscle usually means surgery and a recovery timeline of about six months. You may recall that Triple H had a torn pectoral injury at Crown Jewel 2018 and he wrestled six months later at WrestleMania 35 in 2019. I don’t know right now if Elias is going to have a legit surgery and miss six months, but the fact that WWE wrote that in this story likely means it is legit. I don’t know if that’s confirmed yet.

TJR Thoughts: The idea behind the angle is that Jeff was framed and that he didn’t actually drink or drive the car leading to the accident. There could be a reveal that there is a heel wrestler like Sheamus, AJ Styles, King Corbin or somebody else that was responsible. Due to Jeff’s history of alcohol and drug problems along with multiple DUIs, WWE is using it in the storyline.

Dolph Ziggler Opens Up On When He Plans To Retire