There are three main things that WWE is advertising for tonight’s edition of Smackdown. Here’s a rundown based on what is on WWE’s website.

There was a big moment on last week’s Smackdown when Bayley beat up her best friend Sasha Banks after they lost a rematch for the Women’s Tag Team Titles. Bayley is still the Smackdown Women’s Champion while Banks lost the Raw Women’s Championship and the Women’s Tag Team Championships (with Bayley) over the last few weeks. The most likely course of action for Bayley’s promo will be to rip on Banks for being the loser on the team and that’s why Bayley did what she did.

I also think it’s possible that Naomi shows up, mentions that she beat Bayley non-title a few weeks ago and that could set up Bayley vs. Naomi at Clash of Champions.

The Banks injury is just a storyline and they are only calling it a bruised knee, so that suggests she should be back soon. I think it could definitely lead to Bayley vs. Banks at Hell in a Cell on October 25. 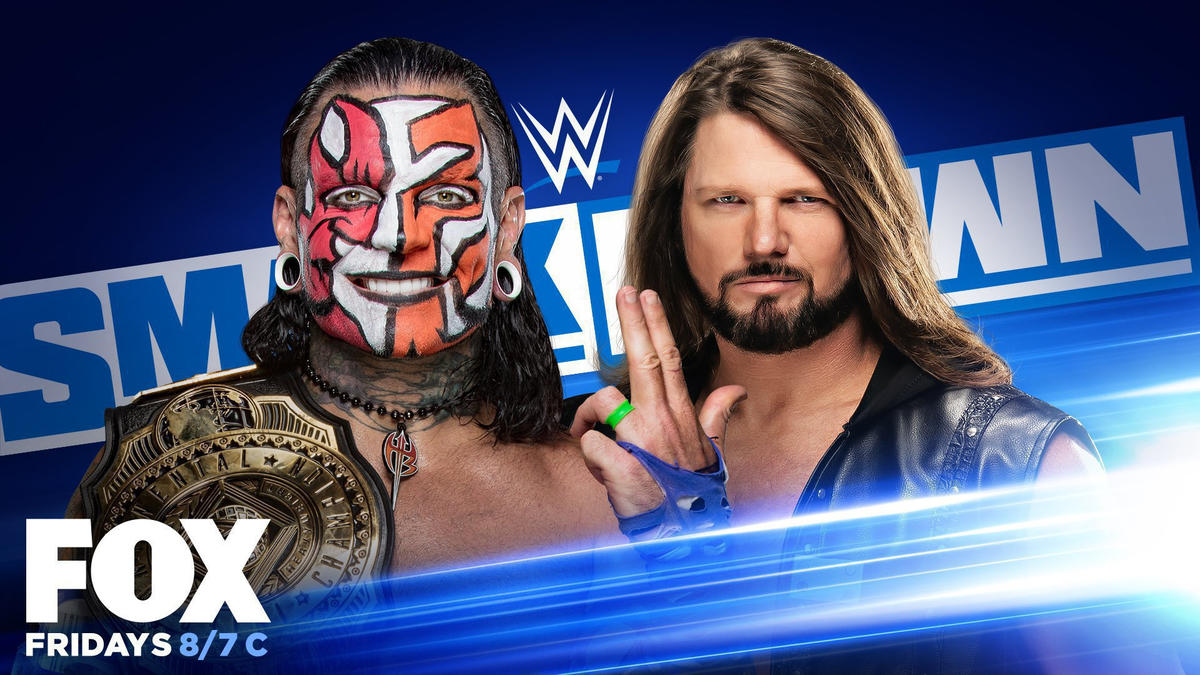 The chaos surrounding the Intercontinental Championship was ratcheted up with the return of Sami Zayn, but Jeff Hardy will walk into Friday Night SmackDown with a major challenge awaiting in the ring. The Charismatic Enigma will face AJ Styles in an Intercontinental Title clash of rivals on the blue brand.

Hardy reclaimed the workhouse championship in a gritty win over The Phenomenal One, but the outspoken Superstar has been crying foul ever since Hardy’s dramatic triumph. The reemergence of Zayn threw another wrench into the title picture, as The Great Liberator has staked claim to the championship as well. The three competitors brawled inside the squared circle last week on SmackDown, and it was Zayn who walked up the ramp with a wry smile after delivering a Helluva Kick to Hardy.

Will Hardy be able to keep the focus on the ring and defend his title against the skillful Styles? Or will Zayn make his presence felt once again?

Tune in to Friday Night SmackDown at 8/7 C on FOX to see the championship showdown.

I tweeted my prediction as soon as I saw this yesterday: “Run in by Sami Zayn, attack both guys for DQ. Ladder Match at Clash of Champions with both IC Titles to crown the one champion. Works for me, pal.”

It sure seems like they are going down the route of a Ladder Match at Clash of Champions and this would be a way to set it up just based on how WWE tends to book these kinds of things.

Bray Wyatt to unveil newest creation on “The Firefly Funhouse”

I don’t know what this will be exactly, but WWE did recently trademark the term “Wobbly Walrus” so the rumor is that it could be a new puppet character rin The Firefly Funhouse. Thrilling huh?

There should also be some follow up to Jey Uso winning a Fatal 4-Way match last week to earn a Universal Championship match against cousin Roman Reigns at Clash of Champions on September 27.

I’ll have a review of Smackdown either really late tonight or in the morning. I won’t be able to do it live because I’ll be watching my Toronto Raptors against the Boston Celtics in a big Game 7 of the NBA Eastern Conference Semifinals that starts at 9pmET. If I have the energy after the game then I’ll finish Smackdown after midnight, but like I said it could be Saturday morning.

WWE Announces Riddle Will Miss SummerSlam Due To Injury