It was announced by WWE today that Shad Gaspard will receive the Warrior Award at WWE’s Hall of Fame Ceremony in Dallas on April 1st.

Shad Gaspard tragically passed away in May 2020 while swimming with his 10-year-old son Aryeh in the ocean in Venice Beach, California. There was a big tide that led to lifeguards going out to rescue swimmers. They were able to save Shad’s son when Shad urged them on to do so, but they were unable to find Shad. Unfortunately, Shad passed away at age 39. 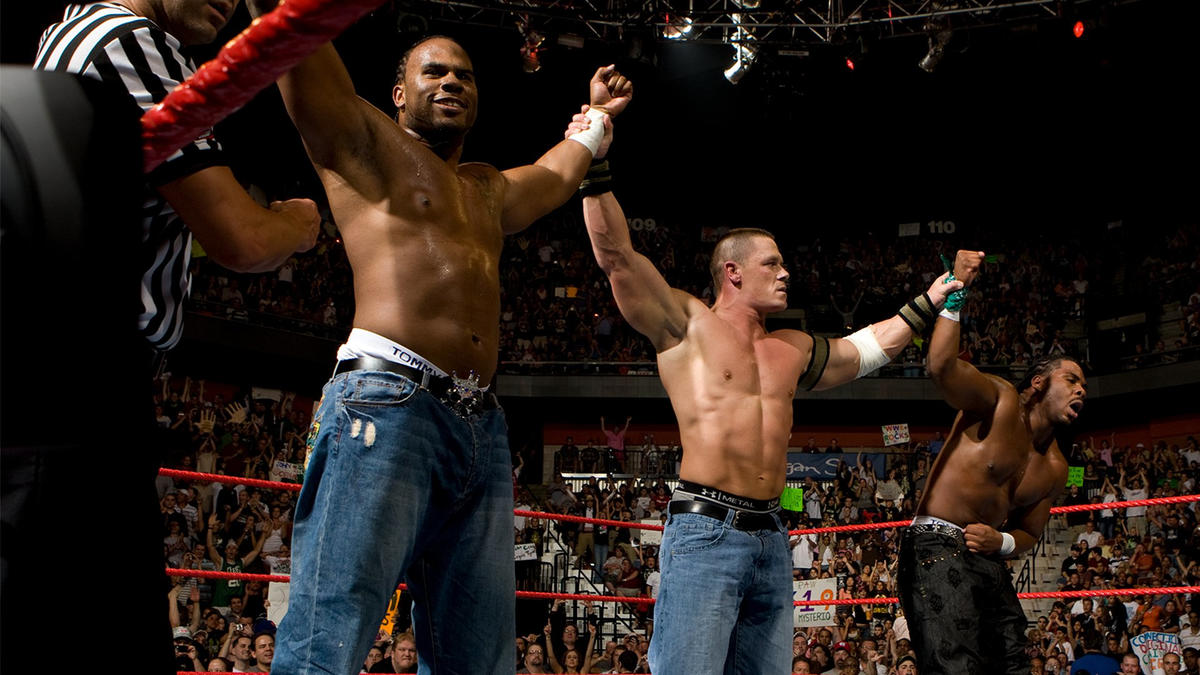 Here’s the official announcement from WWE on their website.

Shad Gaspard has been posthumously named the recipient of the 2022 Warrior Award. Named after WWE Hall of Famer The Ultimate Warrior, The Warrior Award is presented to an individual who has exhibited unwavering strength and perseverance and who lives life with the courage and compassion that embodies the indomitable spirit of The Ultimate Warrior. The news was first reported by Foxsports.com.

The Warrior Award presentation will be part of the WWE Hall of Fame Induction Ceremony, Friday, April 1, at American Airlines Center in Dallas as part of WrestleMania Week. The event will stream live exclusively on Peacock in the U.S. and WWE Network everywhere else.

A larger-than-life Superstar with boundless charisma, Shad passed away on May 17, 2020. While swimming with his son, the pair got caught in a strong current in Venice Beach, Cal. In a heroic act of love, the concerned father instructed lifeguards to save his son before himself and disappeared soon after. Days later, his passing was confirmed. He was 39 years old.

Shad’s bravery and selflessness will be honored next Friday with the 2022 Warrior Award as part of the 2022 WWE Hall of Famer Induction Ceremony.

Many people have wanted WWE to honor Shad with the Warrior Award including his former tag team partner JTG, who said this in November 2020.

“He definitely should. I don’t know what’s a bigger heroic act than putting his life on the line for his son. But honestly, he would have done it if it was another child. If it was me, he probably would have did the same exact thing.”

Well said by JTG. It’s an honor that is definitely well deserved.

The other names announced for induction for the WWE Hall of Fame ceremony are The Undertaker, Vader and Sharmell. There are other rumored names, but those are the only official names yet.