This year’s September WWE Premium Live Event has a name – Clash at the Castle. It will take place on Saturday, September 3, 2022 at Principality Stadium in Cardiff, Wales.

The name of the show was exclusively revealed by WWE Superstar Drew McIntyre during a WWE Live event at London’s O2 Arena on Friday.

McIntyre, the first-ever British WWE Champion, said of the announcement:

“The city of Cardiff is ready for WWE Clash at the Castle on September 3, and I know that everyone in Wales, across the UK and around the entire world is ready to make history with us, too. Get your tickets and be part of the magic. I can’t wait to hear just how loud Principality Stadium can get.”

In McIntyre’s case, he never got to perform in front of UK fans while he was a two-time WWE Champion because that happened when WWE was doing shows at the WWE PC and Thunderdome setup with no fans in attendance. If McIntyre wins the WWE Title before Clash at the Castle or before that then he could be holding the WWE Championship in front of the passionate UK fanbase. 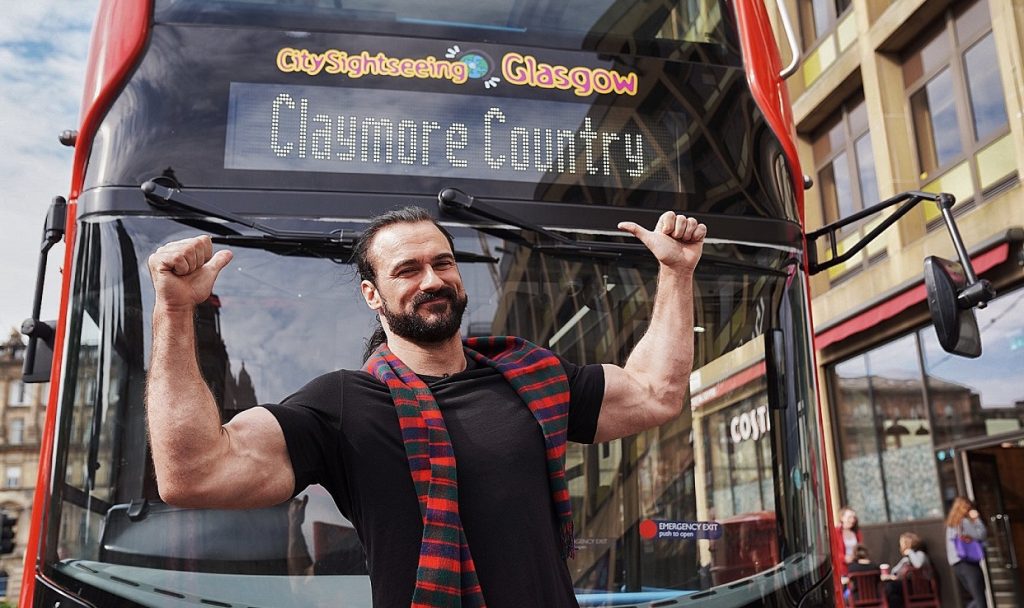 Tickets for WWE Clash at The Castle will go on sale Friday, May 20. To learn more about registering for an exclusive presale opportunity beginning Wednesday, May 18, please go here.

Clash at the Castle will be WWE’s first stadium show in the UK since SummerSlam 1992 in Wembley Stadium. The main event featured Bret Hart losing the WWE Intercontinental Championship to his brother-in-law Davey Boy Smith aka The British Bulldog in what was an outstanding match. While WWE has held UK-only pay-per-views with names like Capital Carnage, Rebellion and Insuerrextion among others, they were arena shows rather than stadium shows. The expected attendance for Clash at the Castle will be over 65,000 people.

🏰 Welcome to the fortress🏰

Clash at The Castle revealed as the first major @WWE event to be held in the UK in 30 years, SEPT 3RD at Principality Stadium #WWECastle

Clash at the Castle will be the third straight WWE stadium show this summer. Money in the Bank will take place at Allegiant Stadium in Las Vegas (home of the NFL’s Las Vegas Raiders) on July 2nd and then SummerSlam will take place at Nissan Stadium in Nashville, Tennessee (home of the NFL’s Tennessee Titans) on July 30th. It’s likely that the lineup for Clash at the Titans won’t take shape until after SummerSlam.