The WWE NXT brand had a Premium Live Event on Saturday night with six matches including five matches with titles on the line.

There was not a match on the Kickoff Show.

The win by D’Angelo’s team means that Legado del Fantasma must join Tony D’s “family” because that was the agreed-upon stipulation going into the match.

Dolin & Jayne are two-time NXT Women’s Tag Team Championships. They have held the titles for over 200 days and only lost them for three days back in April when they were defeated by Dakota Kai & Raquel Gonzalez. 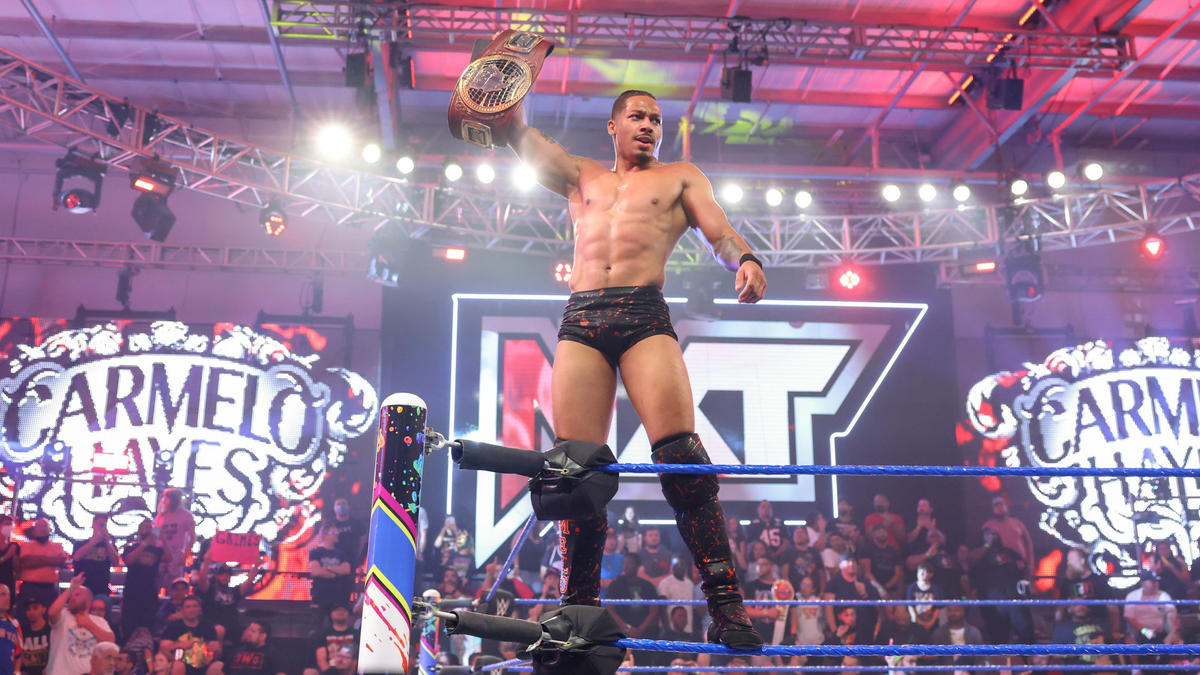 Rose has been a dominant NXT Women’s Champion with a title reign at that started last October, so it’s been over 200 days for Rose as champion. 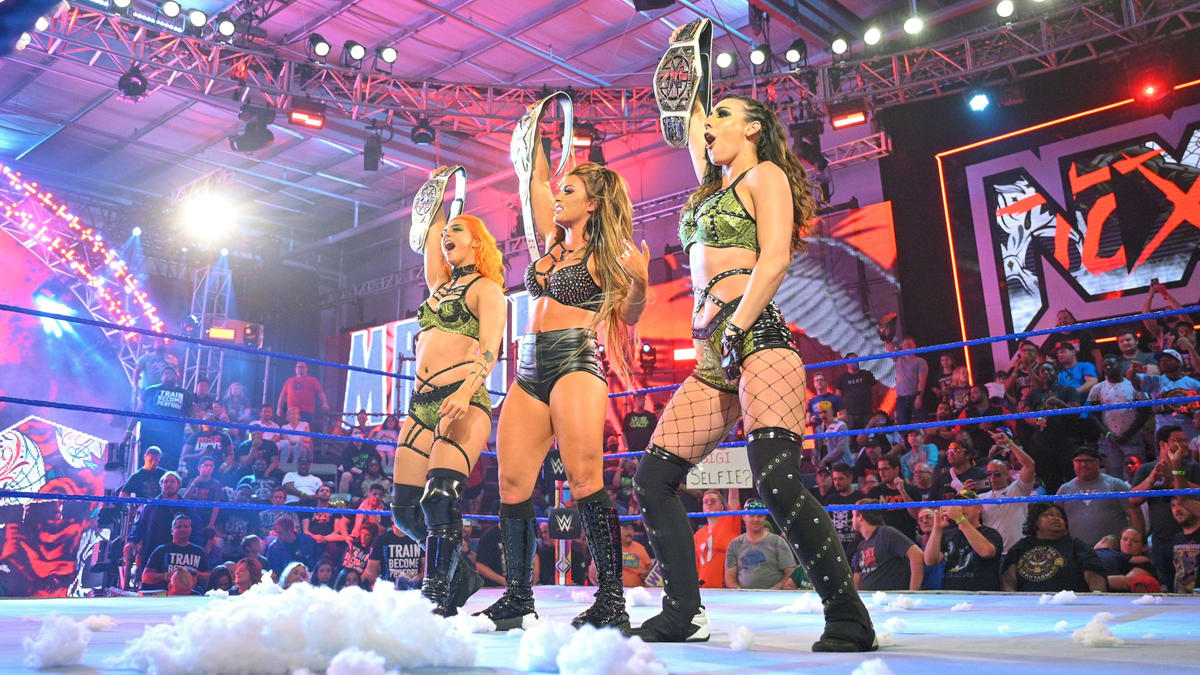 The win by Rose also meant that all three members of Toxic Attraction are still champions in NXT.

It’s the first title win in the careers of the brother tag team consisting of Julius & Brutus Creed. Pretty Deadly held the titles for 53 days. 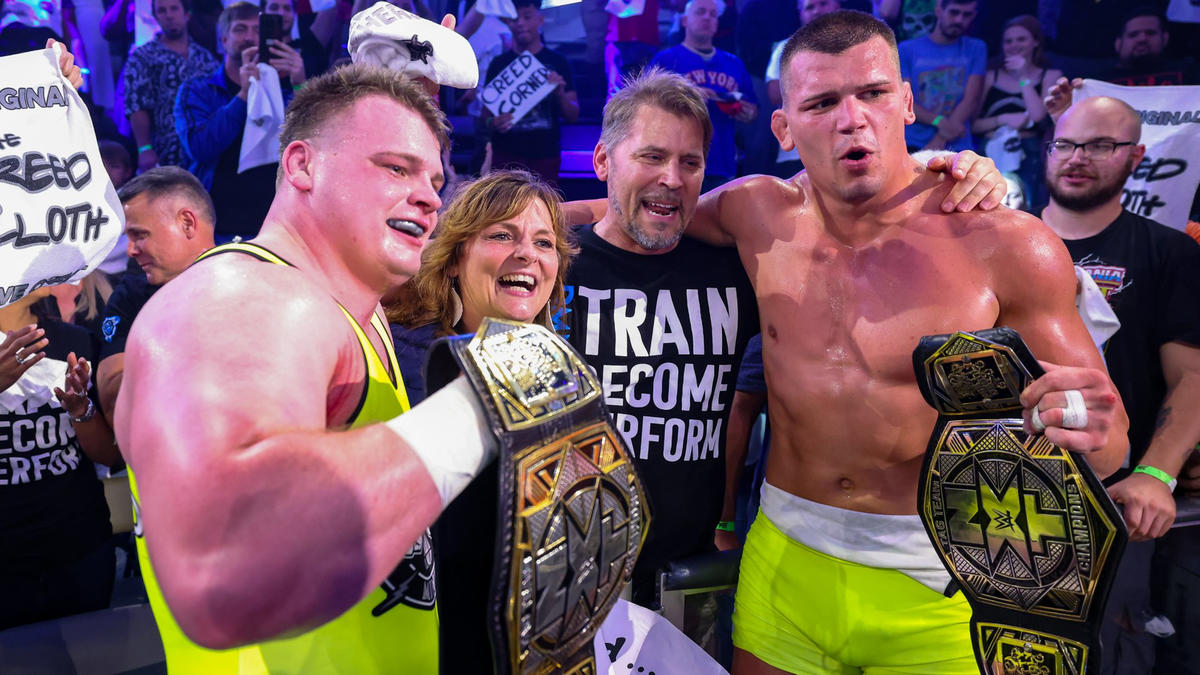 After they won the titles, The Creed Brothers celebrated with their parents at ringside.

It was announced during the broadcast that the Tuesday, July 5th episode of NXT on USA Network will be a “Great American Bash” episode.

This was the second time that Breakker has defeated Gacy in an NXT Championship match. The stipulation was that if Breakker was disqualified, he would lose the championship. This is Breakker’s second title reign as NXT Champion after winning the title back from Dolph Ziggler two months ago on Raw.

NXT In Your House had a runtime of 2:25:02 on WWE Network and Peacock.

That was the end of the show.