The next WWE pay-per-event is Money in the Bank on May 10 with the majority of it taking place at the WWE Performance Center, but not all of it. We found out some details on Smackdown earlier tonight.

“This year’s WWE Money In The Bank Men’s and Women’s Match participants will have an even more unique challenge ahead of them than usual. The match begins on the ground floor of WWE Headquarters, but the briefcases – containing contracts for a championship match anytime, anyplace – will be hanging all the way up on the roof of the corporate tower.”

It’s expected that these two Money in the Bank matches will be like WrestleMania’s Boneyard Match and Firefly Fun House Match in terms of not being traditional wrestling matches that are done in one shot. They will likely film them in a cinematic manner. It was also reported by PWInsider earlier on Friday that WWE has taped content on the roof of the building. It doesn’t mean that they have already taped the Money in the Bank matches, but we likely will have no idea when WWE tapes them.

Since the Boneyard Match and Firefly Fun House Match were well received by most WWE fans, I think there is a reason for optimism for the Money in the Bank matches. This is the year to try different things considering the health crisis the world is going through and there are going to be no fans there.

Here’s what we know so far in terms of matches.

Women’s Money in the Bank Match: Asuka vs. Shayna Baszler vs. Nia Jax and others.

Men’s Money in the Bank Match: Daniel Bryan vs. five others.

There are three Men’s Money in the Bank qualifying matches on Monday’s Raw as well. 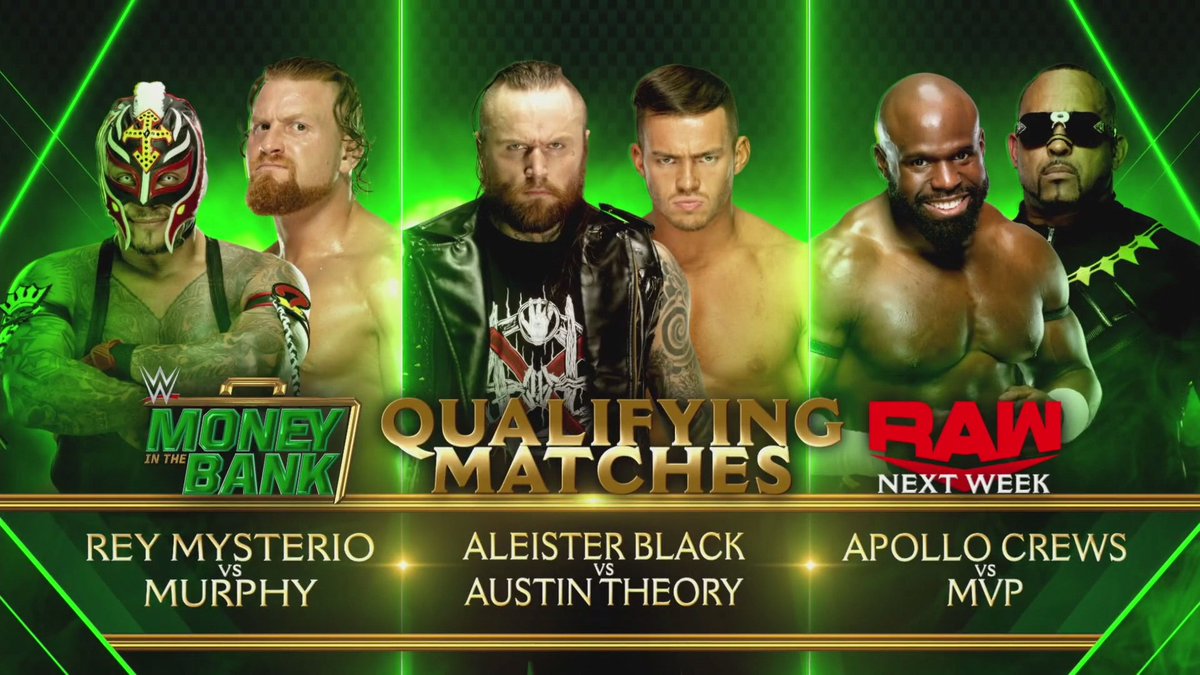 I’m going with wins for Mysterio, Black and Crews in those matches.

Next week on Smackdown in Money in the Bank qualifying matches: Drew Gulak vs. King Corbin on the men’s side and Sasha Banks vs. Lacey Evans. I think those will be wins for Corbin and Banks.

There should be more match announcements in the weeks ahead.