World Wrestling Entertainment will be going extreme once again later this year when they present the Extreme Rules Premium Live Event on Saturday, October 8.

Extreme Rules will take place in the city known for being extreme when it comes to pro wrestling, the Wells Fargo Arena in Philadelphia.

The reason for the Saturday PLE instead of Sunday is likely to avoid competition from the National Football League games that dominate television on Sunday nights.

You can find the full press release from WWE below:

Tickets for WWE Extreme Rules will go on sale Friday, July 15 at 10 AM ET via wellsfargocenterphilly.com. To learn more about registering for presale opportunities, please visit wwe.com/extreme-rules-presale-2022.

The WWE Extreme Rules Priority Passes, which allows fans unrivaled access to WWE like never before through immersive VIP experiences that include premier seating, a dedicated arena entrance, premium hospitality offerings and meet-and-greets with WWE Superstars and Legends, can be purchased beginning this Friday, June 17 through WWE’s exclusive partner On Location at onlocationexp.com/wwe or by calling 1-855-346-7388. 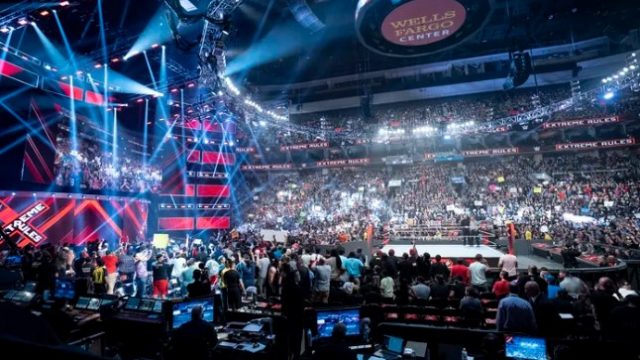 The photo above is from 2019 when Philadelphia hosted the Extreme Rules pay-per-view.

With the announcement of Extreme Rules in October, that means we now know the final six WWE Premium Live Events in the second half of 2022. It looks like this.

As usual, you can watch WWE Premium Live Events on Peacock in the United States and on WWE Network everywhere else.

Toni Storm Opens Up On Not Feeling Respected In WWE