WrestleMania is going Hollywood in April 2023 as WWE’s biggest show of the year is set to take place at SoFi Stadium and now WWE has announced what other shows will be taking place as well.

The 39th edition of WrestleMania will take place on Saturday, April 1, 2023 and Sunday, April 2, 2023 as WWE goes with the two-night WrestleMania concept for the third year in a row. WrestleMania 38 this past April was headlined by Steve Austin vs. Kevin Owens while night two was headlined by Roman Reigns vs. Brock Lesnar with Reigns adding the WWE Title to the Universal Title he was already holding.

Just like earlier this year, WWE plans on having Raw, Smackdown, NXT and Hall of Fame events surrounding WrestleMania week, so if you head to Los Angeles for the big show there are plenty of other events to go to as well.

Here’s all the information on what WWE has planned as they announced on their website today. 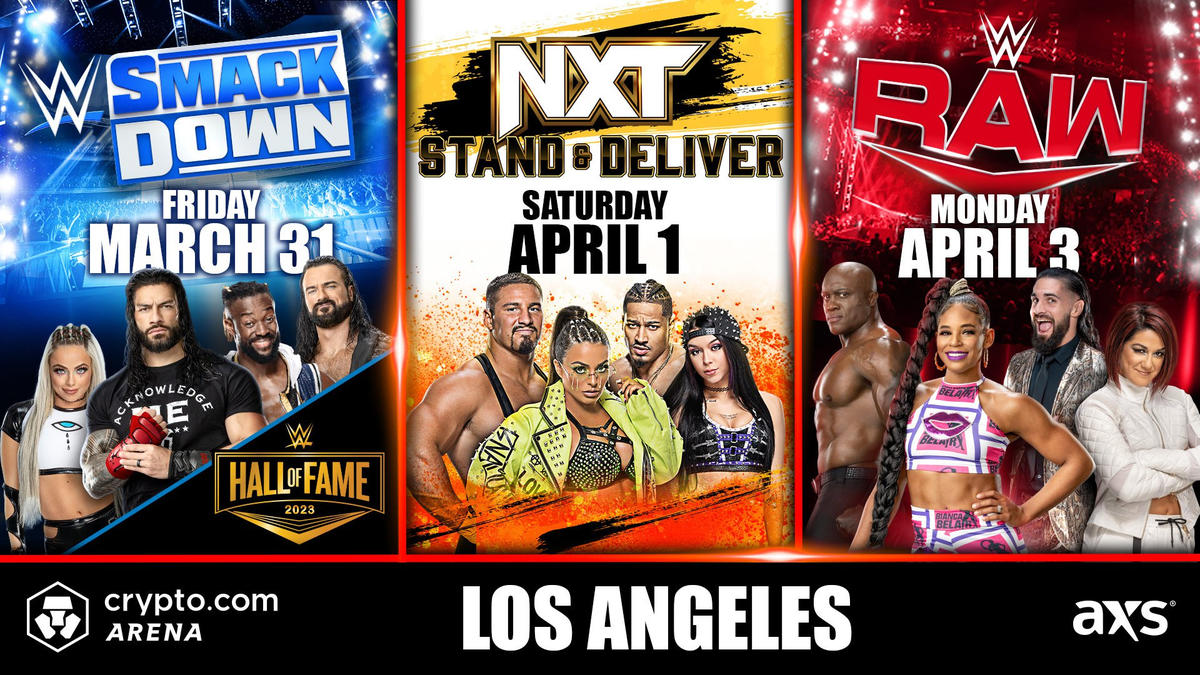 Tickets for all three events go on sale Friday, November 18 at 10 am PT via AXS.com. Special three-day event combo tickets will be available this Monday, November 7th at 10 am PT.

WrestleMania 39 goes Hollywood and takes place over the course of two nights on Saturday, April 1 and Sunday, April 2 live from Sofi Stadium. Tickets are currently on sale via Ticketmaster. Fans from all 50 states and 58 countries have already made their plans to be in attendance.

Over the past decade, WrestleMania has generated more than $1.25 billion in cumulative economic impact for the cities that have hosted the event. Additional WrestleMania Week events will be announced in the near future.

The next WWE Premium Live Event is Crown Jewel on Saturday, November 5th. We will have full coverage on the show on TJRWrestling as usual.