The US Title will be on the line at WWE Money in the Bank when Theory defends the championship against his new rival, a former WWE and United States Champion, Bobby Lashley.

The confident United States Champion Theory and Lashley have had issues for several weeks now including last week on Raw when they had a “Posedown Challenge” that was clearly won by Lashley. After it was finished, Theory sprayed Lashley with baby oil and kicked Lashley out of the ring.

Lashley got payback this week on Raw when Theory decided to do his own “posedown” routine in the ring. The fans were annoyed by it until Lashley showed up behind Theory and when Theory took one of his trademark selfies, Lashley appeared in the background, so Theory noticed him standing there. Lashley ended up spraying baby oil in Theory’s face to return the favor of what Theory did one week prior.

In order to earn a US Title match against Theory, Lashley had to win three matches in a row in a Gauntlet Match. Lashley defeated American Alpha’s Chad Gable (by submission) and Otis (by disqualification due to an attack by Gable) back to back. However, American Alpha attacked Lashley after the second match. That led to Theory entering as the third man in the Gauntlet Match. When it looked like Theory was going to win with his A-Town Down finishing move, Lashley showed his quickness by countering into an inside cradle for the pinfall win.

The win by Lashley means that he will challenge Theory for the United States Championship at Money in the Bank in Las Vegas on Saturday, July 2.

Bianca Belair was supposed to defend the Raw Women’s Title against Rhea Ripley, who earned the title shot several weeks ago. However, Belair started Raw to let us know that Ripley is not cleared to compete for Money in the Bank, so they had a Fatal 5-Way match on Raw to determine who would challenge Belair at Money in the Bank.

The Fatal 5-Way match featured Asuka, Becky Lynch, Carmella, Alexa Bliss and Liv Morgan. Everybody in the match was a former Women’s Champion except Morgan. The match featured a lot of nearfalls with several different women coming close to winning the match, but in the end, it was Carmella hitting a superkick on Morgan for the win. That means Belair will defend her title against Carmella. 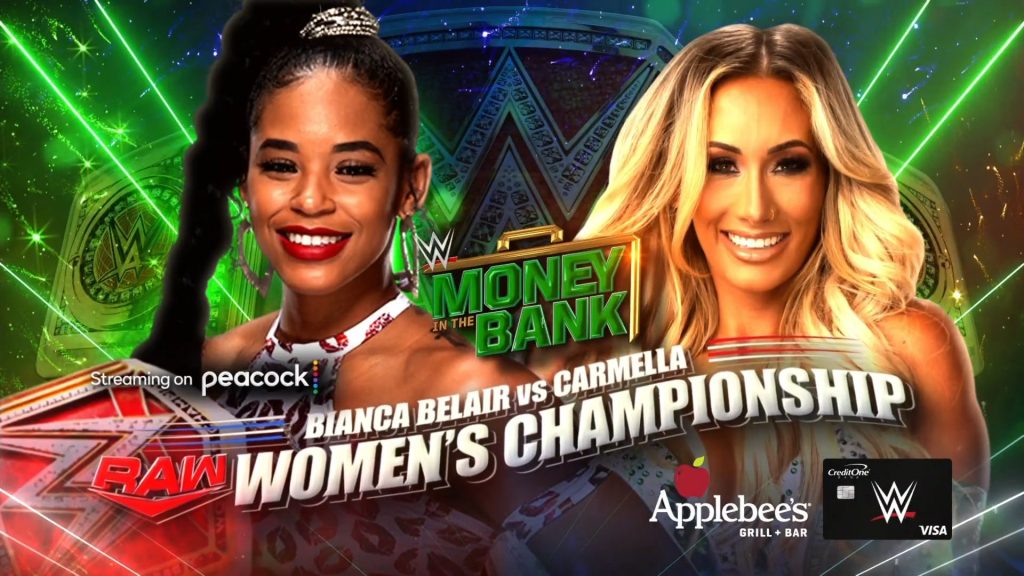 There were also two Money in the Bank qualifying matches. The dominant big man Omos faced Riddle, who had taped ribs following his loss to Roman Reigns last Friday on Smackdown. Riddle tried to put up a fight, but Omos was too much for him and beat Riddle fairly easily. Omos joins Seth Rollins, Drew McIntyre and Sheamus in the Men’s Money in the Bank Ladder Match.

It was Asuka vs. Becky Lynch in the main event of Raw with a Money in the Bank spot on the line. The two rivals had an even matchup that ended with Asuka connecting with a roundhouse kick to the head for the pinfall win. Lynch was sulking after the match since she failed in the Fatal 5-Way and the MITB qualifying match. Asuka joins Lace Evans, Raquel Rodriguez, Liv Morgan and Alexa Bliss in the Women’s Money in the Bank Ladder Match.

The graphic that WWE showed after the women’s match made it look like there will be seven women in the MITB match, but that hasn’t been confirmed.

The updated Money in the Bank looks like this following this week’s Raw. 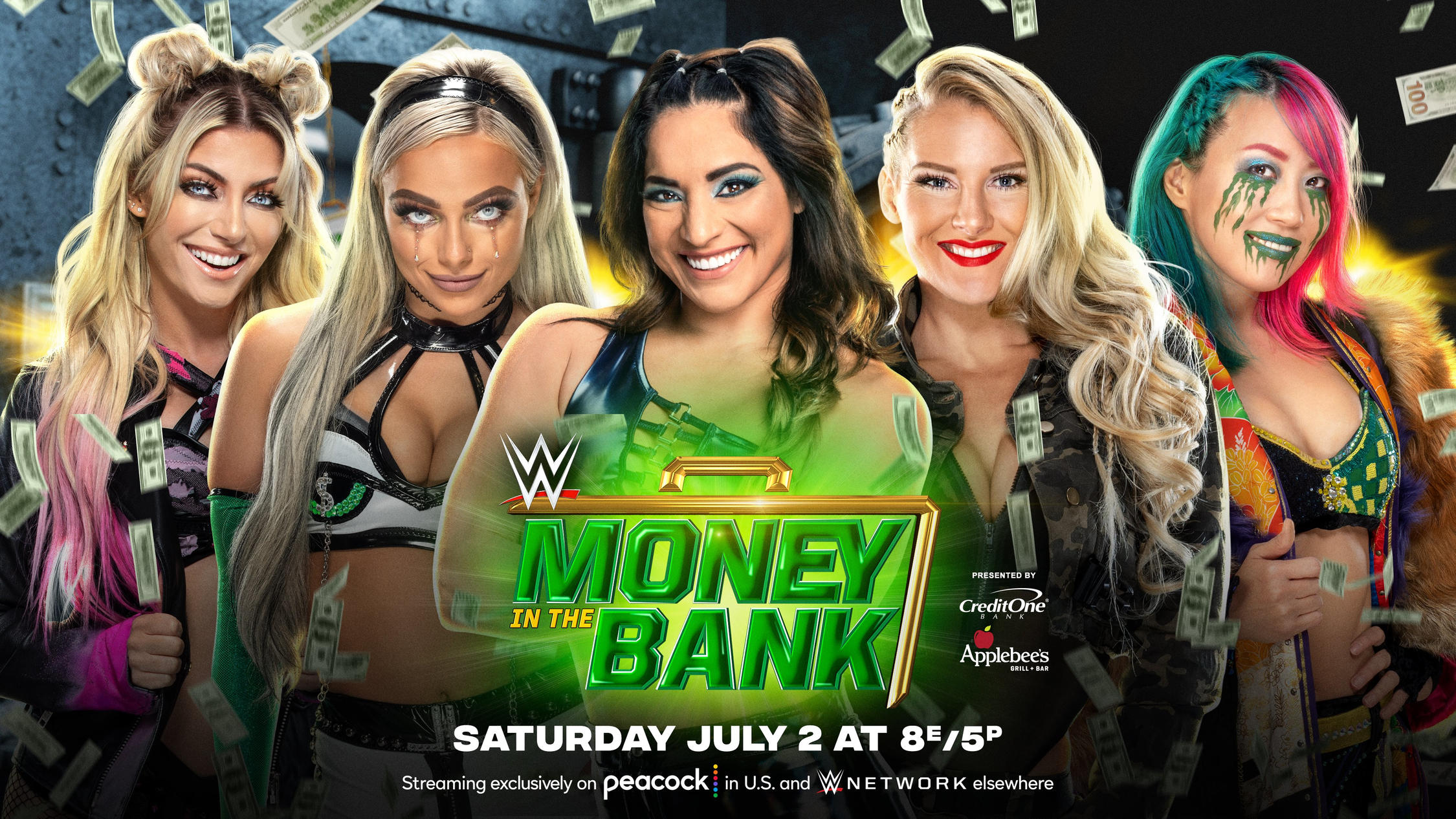 * Men’s Money in the Bank Contract Ladder Match: Seth Rollins vs. Drew McIntyre vs. Sheamus vs. Omos and others to be announced.

* Women’s Money in the Bank Contract Ladder Match: Lacey Evans vs. Liv Morgan vs. Alexa Bliss vs. Raquel Rodriguez vs. Asuka and others to be announced.