This is the third straight year where WWE is airing a Starrcade special on WWE Network. This year’s event takes place this Sunday, December 1st at a live event at the Infinite Energy Center in Duluth, GA. They will broadcast one-hour of the event on WWE Network starting at 7pmET. It might run a bit longer than one hour, but in the past they have stuck with that one hour limit. Why not show the whole live event? It’s up to WWE and they don’t do it that way.

The two matches are as follows: 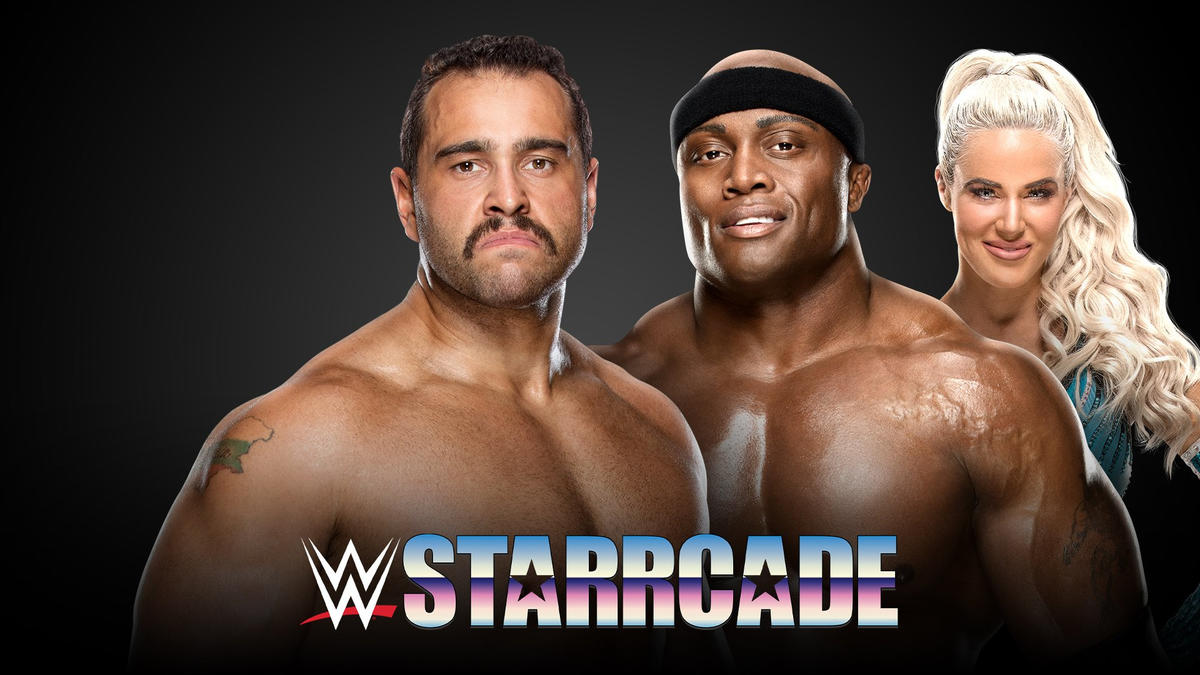 Rusev should win the match against Lashley and the feud is expected to continue between with a match at TLC as well.

Bliss has been injured for a few weeks, so she’s back in action this weekend.

The team of Natalya and Charlotte Flair beat Asuka and Kairi Sane in a non-title match on November 4 and then were never given a title match because Natalya missed the next Raw due to family reasons. WWE subbed Becky Lynch in Natalya’s place and once again, Lynch is in another tag team title match.

Lynch tweeted about being in the tag team division and she doesn’t seem thrilled about it.

I’ve just become the longest reigning Raw women’s champion, so I’m thrilled to be in the tag division rn. pic.twitter.com/rea39SzSwT

Other matches at the live event look like this via PWInsider:

They could air a third match in the one hour broadcast, but for now it’s just the two matches.

Here’s my review of the 2018 WWE Starrcade event.

I plan on reviewing this year’s Starrcade and will likely post that review on Monday morning.