There’s a lot of news coming our way today about the WWE Draft that begins this Friday, October 11 on Smackdown in Las Vegas and continues Monday, October 14 on Raw.

Here are the draft rules from WWE.com that were posted today:

Who will be announcing the picks? It won’t be an on-screen General Manager or anything like that. WWE is going to use celebrities for it. From that same WWE.com article, here’s more on that.

Additional personalities scheduled to appear include:

In addition to all of that, WWE has announced a huge match that will be the opening match on Smackdown this Friday. 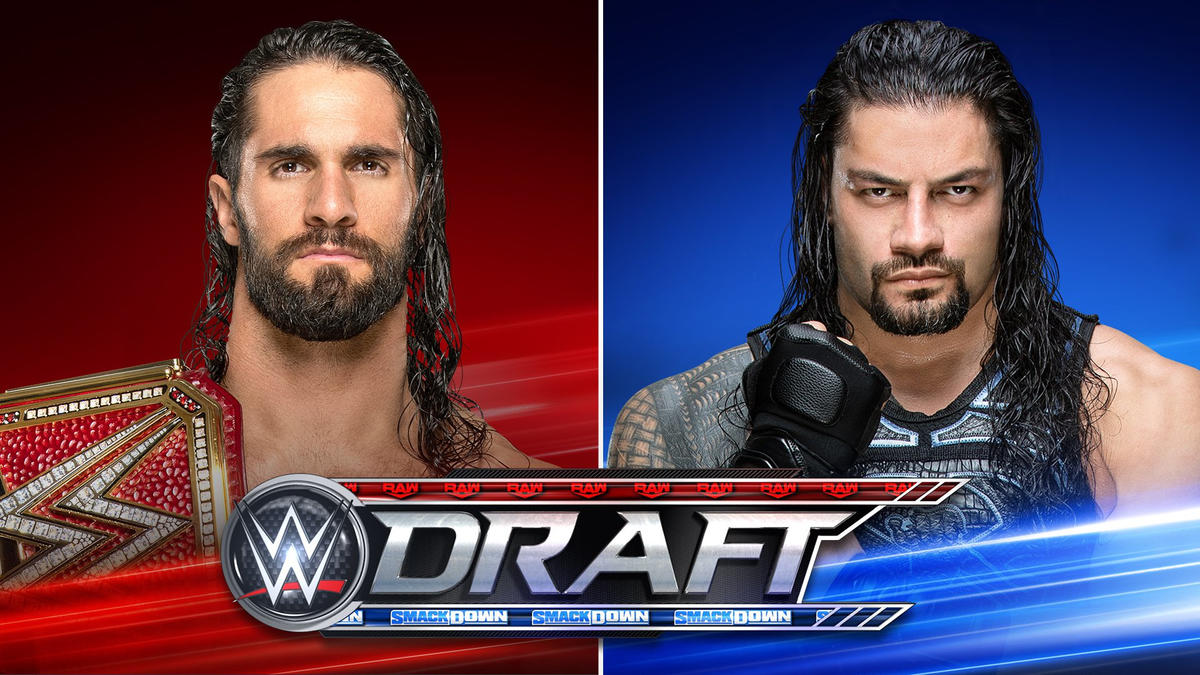 The match will see Raw’s Universal Champion Seth Rollins face off against his former “brother” in The Shield group Roman Reigns, who has been a Smackdown star since WrestleMania this year.

There are high stakes because WWE reports that “the victorious Superstar will earn the first overall pick for the corresponding brand.”

Reigns and Rollins both tweeted about the match.

Two of the best battling for each brand. I appreciate the Champ coming to my yard, but I’m taking the W and the #1 #WWEDraft pick for #SmackDown. #Yessir@WWERollinshttps://t.co/CAqIsg0yFP

The WWE Draft begins with the Friday, Oct. 11 episode of SmackDown on FOX at 8/7 C. Catch the final picks on the Monday, Oct. 14 episode of Raw on USA Network at 8/7C.

TJR Thoughts: There’s a lot to digest there, but it’s nice of WWE to actually provide more info on the process of the draft. They are clearly spending a lot of money to fly in celebrities to Las Vegas just to read names off a card too.

I don’t plan on doing a mock draft of any kind. I will review the shows of course and I will most likely write a separate column about all the draft picks too.