Liv Morgan has had a successful run as the Smackdown Women’s Champion, but she hasn’t always been cheered by the crowd, which has her comparing the situation to what John Cena dealt with in his career.

At WWE’s Money in the Bank Premium Live Event in July, Morgan had the biggest win of her career by climbing up a ladder to capture the coveted briefcase. Later that night, Morgan managed to beat Ronda Rousey to become the Smackdown Women’s Champion for the first time.

Following Morgan’s title win, she has dealt with some mixed reactions from crowds. She has been booed a bit during promos while the controversial ending to her SummerSlam match with Rousey seemed to upset fans as well. 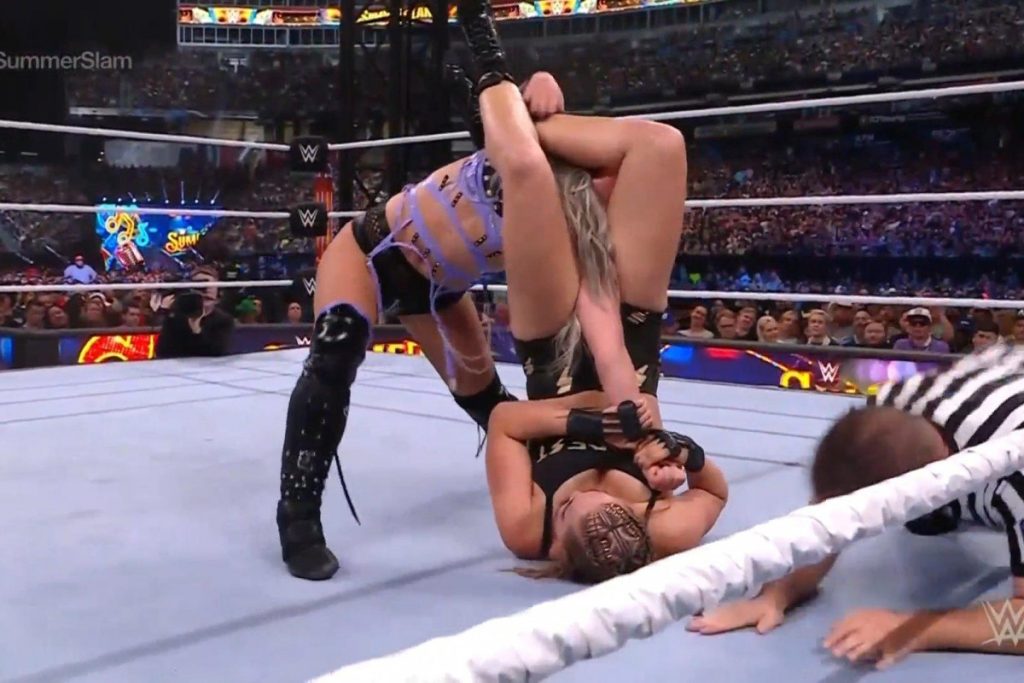 While there were rumors in the past about Rousey possibly turning heel, she has remained a babyface and gets a big reaction due to her history as a main event star in WWE as well as in the UFC before that.

In an interview with Metro, Morgan commented on the mixed reactions she has been getting.

“It’s ok! I understand the reaction in a weird way, so I didn’t take it personally, necessarily. The funny thing is, in wrestling, in WWE, all you want is a reaction. So, even though it maybe wasn’t the desired reaction, it’s still polarising. As long as we’re getting a reaction, I’m ok! And I’m still champion, so I’m more than OK!”

Morgan also commented on why she feels like the reactions she is getting are similar to what 16-time WWE Champion John Cena dealt with in his career.

“He’s the best of the best, who’s considered the ultimate babyface, went through years and years and years of ‘Let’s go Cena, Cena sucks’. So, if that’s how I’m treated, I will be ok with that!”

Liv Morgan will face Ronda Rousey once again at Extreme Rules next Saturday, October 8th in an Extreme Rules Match with Morgan’s championship on the line.

AEW Star “Frustrated” The Pizza Guy Got On TV