Two-time WWE Hall Of Famer Kevin Nash has given his take on Kofi Kingston’s gear on RAW when The New Day star paid his own tribute to ‘Big Sexy.’

Kofi Kingston was reportedly not cleared to compete in recent weeks so fans had to wait to see what his own NWO-inspired gear would look like.

They got their answer on RAW as the former WWE Champion was back in action alongside Woods to compete in a Tag Team Turmoil match to crown new number one contenders for RK-Bro’s RAW Tag Team Title. 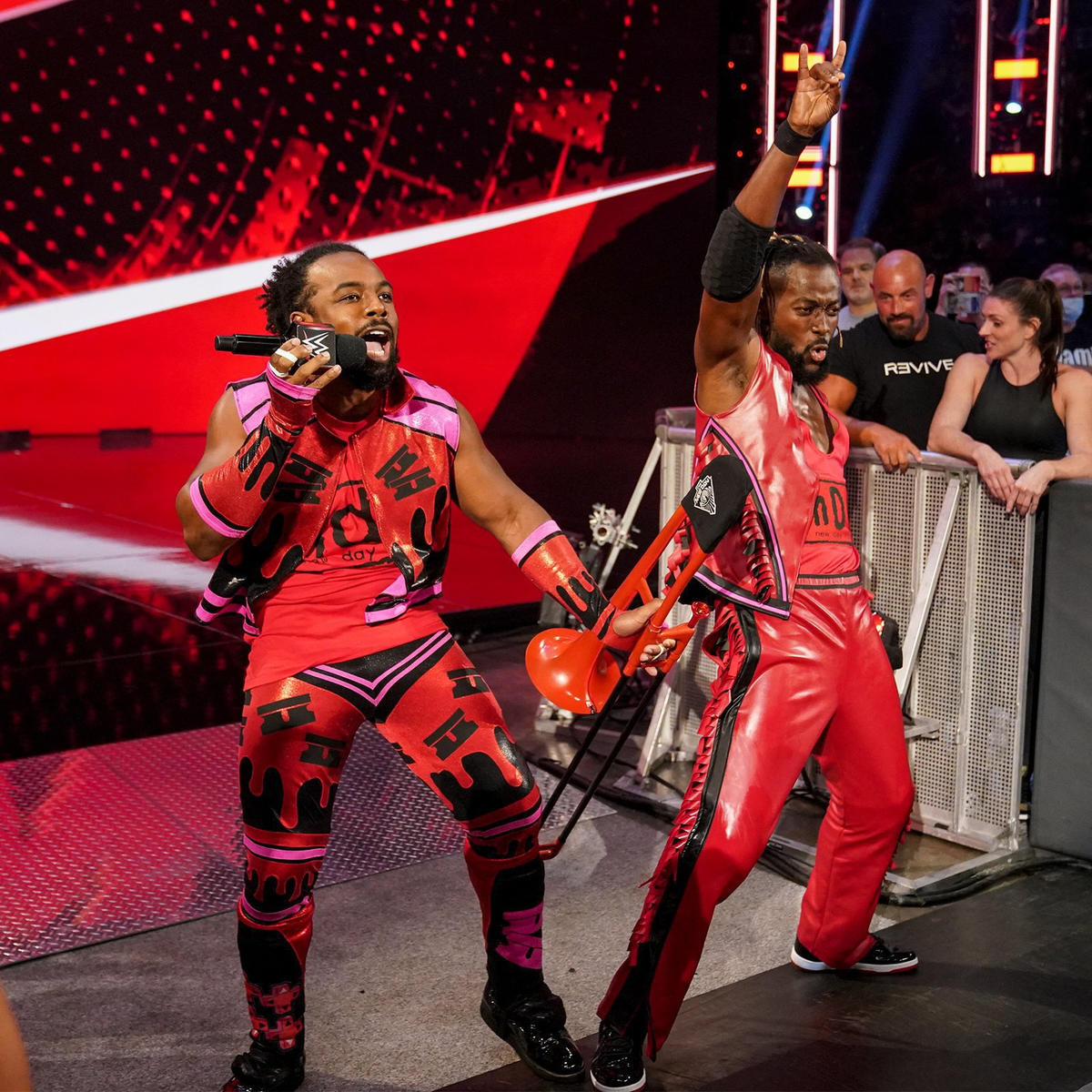 The New Day started the match with the Viking Raiders with Kingston sporting a red trouser and leather vest combination that was reminiscent of what Kevin Nash wore when he, Hall, and Hulk Hogan turned the wrestling world on its head at Bash At The Beach 1996.

After eliminating T-BAR and Mace, Kingston and Woods were attacked by them causing Adam Pearce and Sonya Deville to postpone the rest of the match until later in the night. The New Day was ultimately eliminated by their WrestleMania 37 conquerors Omos and AJ Styles.

Kevin Nash responded to Kingston’s gear on social media and poked fun at this reputation of maybe not quite doing as much in the ring as Kingston:

“@TrueKofiThank you so much for the love tonight. It was amazing to watch that gear in actual motion. Always wondered what it would look like.”

The Tag Team Turmoil bout ultimately saw WWE Champion Bobby Lashley and MVP come out as victors. They won’t have to wait long for their chance to become RAW Tag Team Champions as they face Randy Orton and Riddle next week on RAW.