Becky Lynch will be a part of WWE’s Money in the Bank event after qualifying for the Women’s ladder match while “The Bro” Riddle also gained entry into the Men’s ladder match.

On last night’s edition of WWE Monday Night Raw, Lynch won a “Last Chance Money in the Bank Qualifying Match” against five other superstars with Lynch beating Doudrop at the end of the match with a Manhandle Slam off the middle ropes.

The inclusion of Lynch in the Women’s Money in the Bank Ladder Match is not much of a surprise considering she’s on the MITB poster along with her husband Seth Rollins. Money in the Bank takes place this Saturday, July 2nd in Las Vegas.

On the men’s side, Riddle won the “Money in the Bank Last Chance Qualifying Battle Royal” that had 20 superstars from Raw and Smackdown in the match. The final three were Riddle, AJ Styles and The Miz, who faked a knee injury in the middle of the match. When Styles was trying to put away Riddle, Miz tripped up Styles to eliminate him to show that Miz was not hurt at all. Riddle ended up eliminating The Miz.

Riddle’s victory means that he joins the Men’s Money in the Bank Ladder Match field along with Seth “Freakin” Rollins, Drew McIntyre, Omos, Sheamus, Sami Zayn and a seventh wrestler that hasn’t been named. 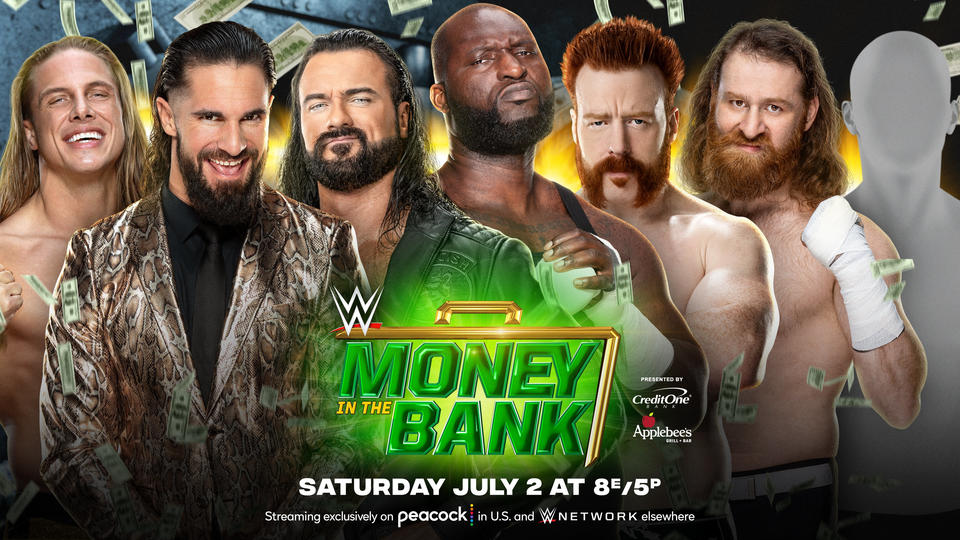 Earlier on Monday, WWE was advertising that Kevin Owens would face Ezekiel (or Elias or Elrod?) on Raw to determine who would be in the Money in the Bank Ladder Match, but the match never happened on Raw with no explanation given. Owens tweeted this about the match: “I didn’t want to go to Texas so I didn’t go. Leave me alone.” Ezekiel did appear on Raw in a brief backstage segment with John Cena.

Currently, the Money in the Bank lineup has six matches with the two contract ladder matches and then four title matches. Roman Reigns will not be on the show to defend the Undisputed WWE Universal Championship, but he will be at SummerSlam on July 30th to defend his titles against Brock Lesnar in a Last Man Standing Match.

The next WWE Premium Live Event is Money in the Bank from Las Vegas on Saturday, July 2nd. Here’s what we know so far. 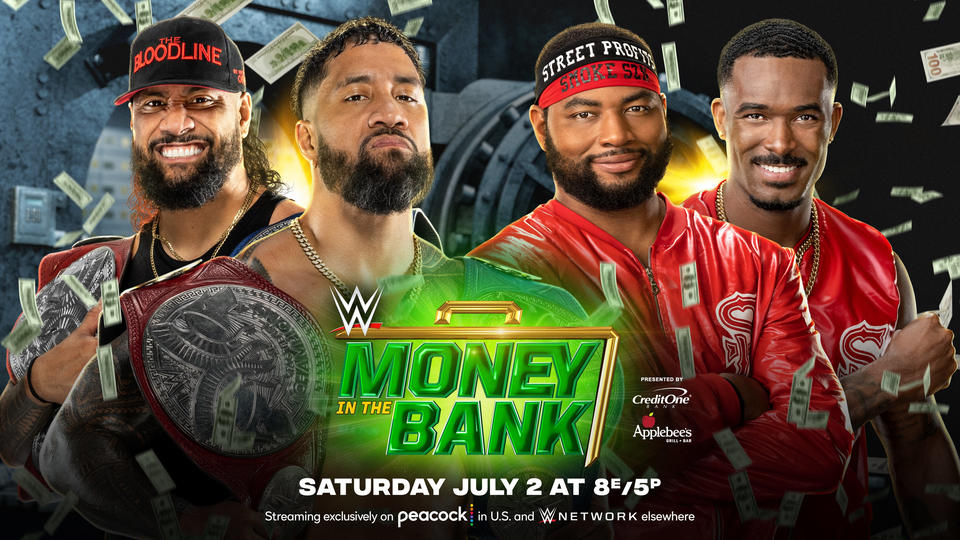 * Men’s Money in the Bank Contract Ladder Match: Seth “Freakin” Rollins vs. Drew McIntyre vs. Sheamus vs. Omos vs. Sami Zayn vs. Riddle vs. one more superstar

* Women’s Money in the Bank Contract Ladder Match: Lacey Evans vs. Liv Morgan vs. Alexa Bliss vs. Raquel Rodriguez vs. Asuka vs. Shotzi vs. Becky Lynch

Candice LeRae Jokes She Is “Too Old” To Return To NXT