This week’s edition of AEW Dynamite will air at approximately 6pmET on TNT in the United States. The reason it says approximately is because it is airing after the NBA Playoff game between the Miami Heat and Indiana Pacers that should end around 6pmET, but with live sports you never know exactly when it will end.

Here’s what AEW has advertised for this week’s show. It was taped last Thursday. 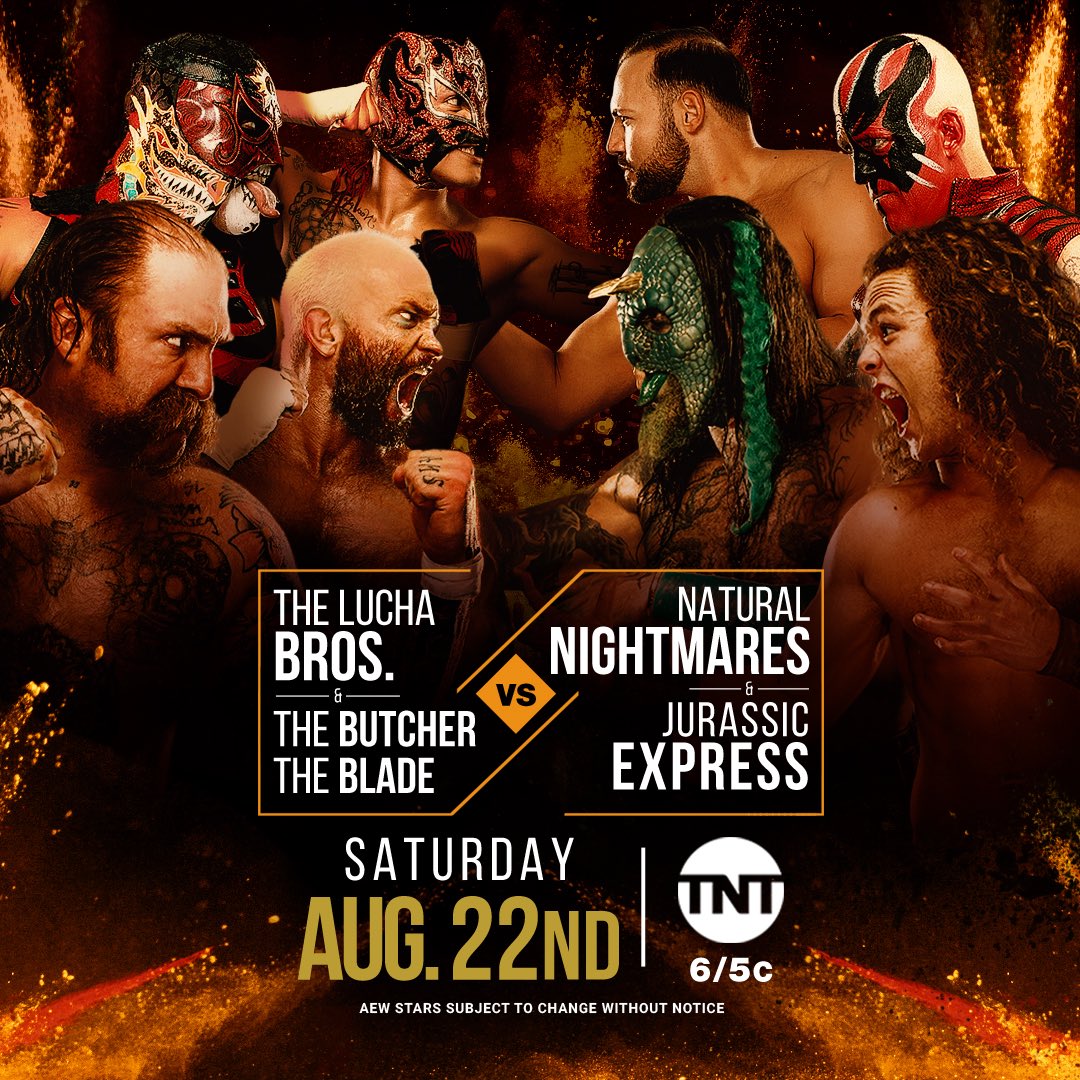 * Lucha Brothers (Pentagon and Rey Fenix), The Butcher, and The Blade vs. Jurassic Express (Jungle Boy and Luchasaurus) and Natural Nightmares (QT Marshall and Dustin Rhodes)

* Darby Allin will have a match