Here’s what AEW has advertised for Dynamite tonight with some quick predictions from me. This week’s show was taped last Thursday.

The graphic above is from AEW’s social media and that says it is the main event of the show. The feud has been building for a few months, so I think Best Friends are going to win here. It should be pretty good with plenty of weapons and probably some slams onto windshields as well.

There is a stipulation that says that if Jurassic Express wins, they will receive a title match in the future. FTR are undefeated in AEW and they are the champions. AEW doesn’t usually have champions lose non-title, so I think FTR is going to win here. There will probably be a title match on TV before Full Gear on November 7, but I’m not sure who the opponents will be. 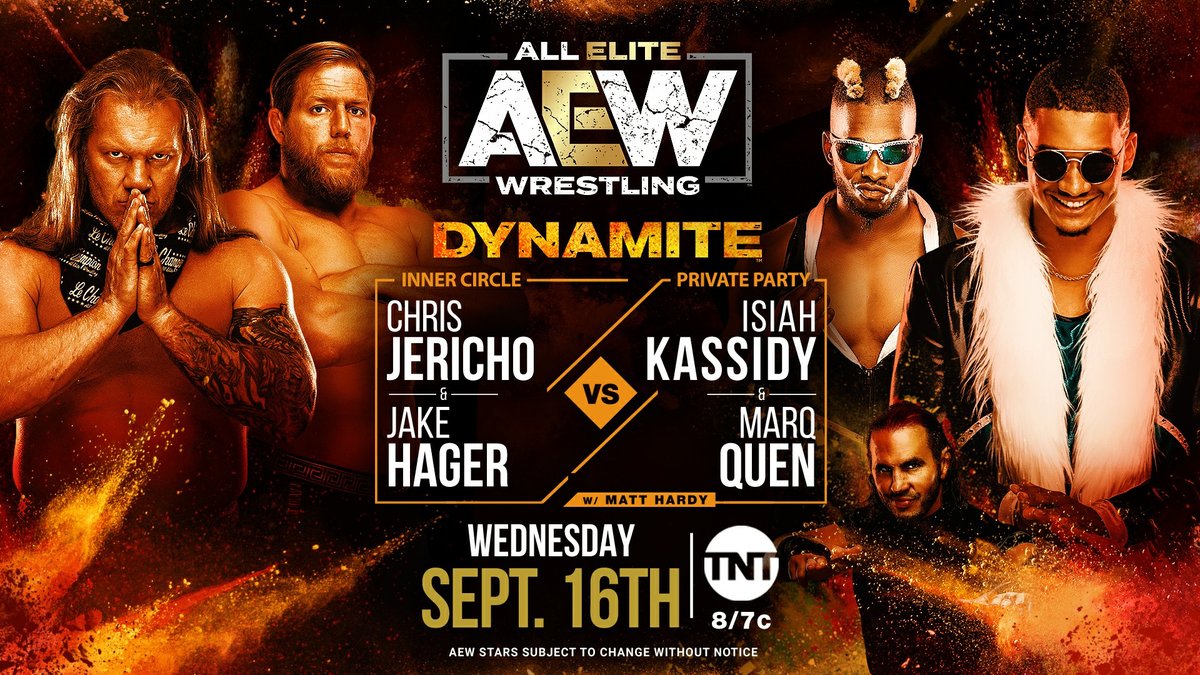 This should be a win for Jericho and Hager and if it’s not I would be very surprised. Jericho made it clear last week that they are going after the AEW Tag Team Titles, so they are going to keep racking up the wins to build up for that.

It’s nice exposure for NWA to get a title match on Dynamite. With that said, Rosa winning over Ivelisse is pretty much a lock. It should be a hard hitting, competitive match.

There has been a lot of interest from fans in seeing Page working in singles again after being a tag team wrestler for most of the year. I think this is about giving Page a win over a talented veteran wrestler like Kazarian. It’s possible that Kenny Omega will show up to cost Page, but I think it will be a win for Page. This might be the best match fo the night.

The opponent has not been announced. I assume it will be an MJF win in under five minutes.

* Kip Sabian and “The Best Man” Miro will speak 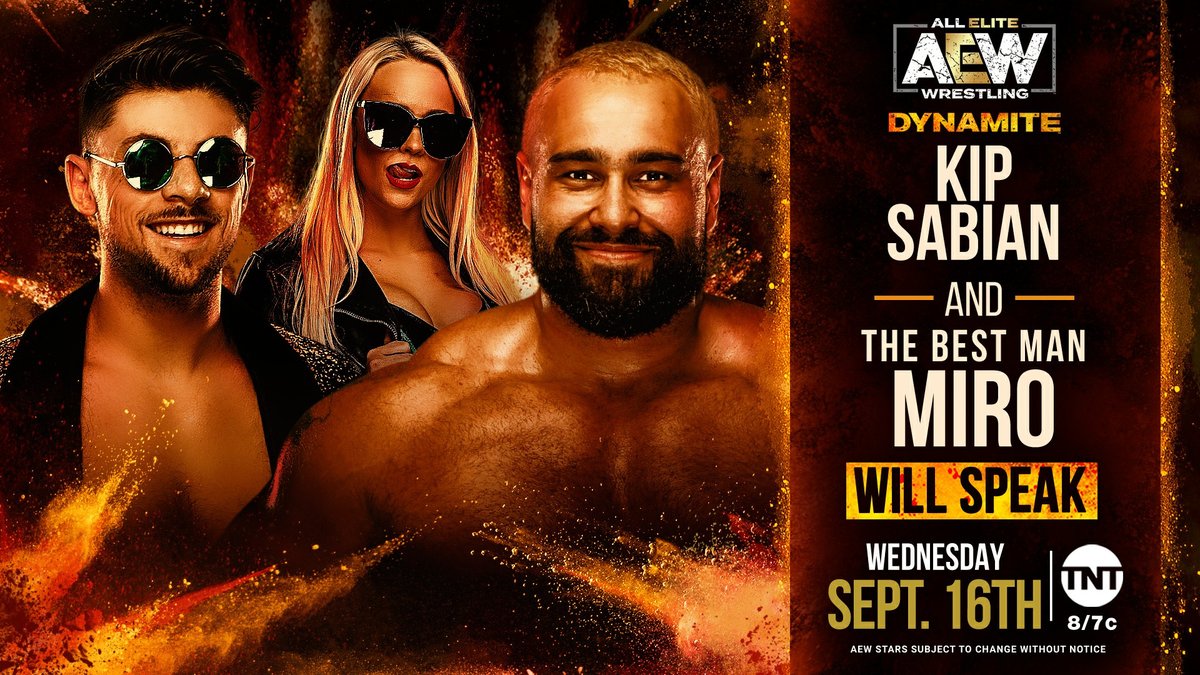 I’m hoping this leads to some sort of interruption that sets up Miro’s first AEW match perhaps next week.

Jake Roberts will do most of the talking. That’s easy to predict.

It’s possible that he will have a segment with Lance Archer since they are facing off for the AEW World Title on the October 14 Dynamite show.

You can also check out the AEW rankings below.

It doesn’t seem like a very strong lineup to me, but it could still be a great show.

I’ll have a review up on Thursday morning most likely.