WrestleMania Backlash over-delivered in every aspect based on mostly everybody’s expectations. It was a short WWE Premium Live Event at just under three hours, but I felt like every “WrestleMania rematch” on this show was better than the original which is extremely hard to do in this day and age.

It was mostly a standard show with no real surprises, but I still felt there were some notable moments. Please check out John Canton’s very detailed review right here in case you didn’t see it or need to know what happened. 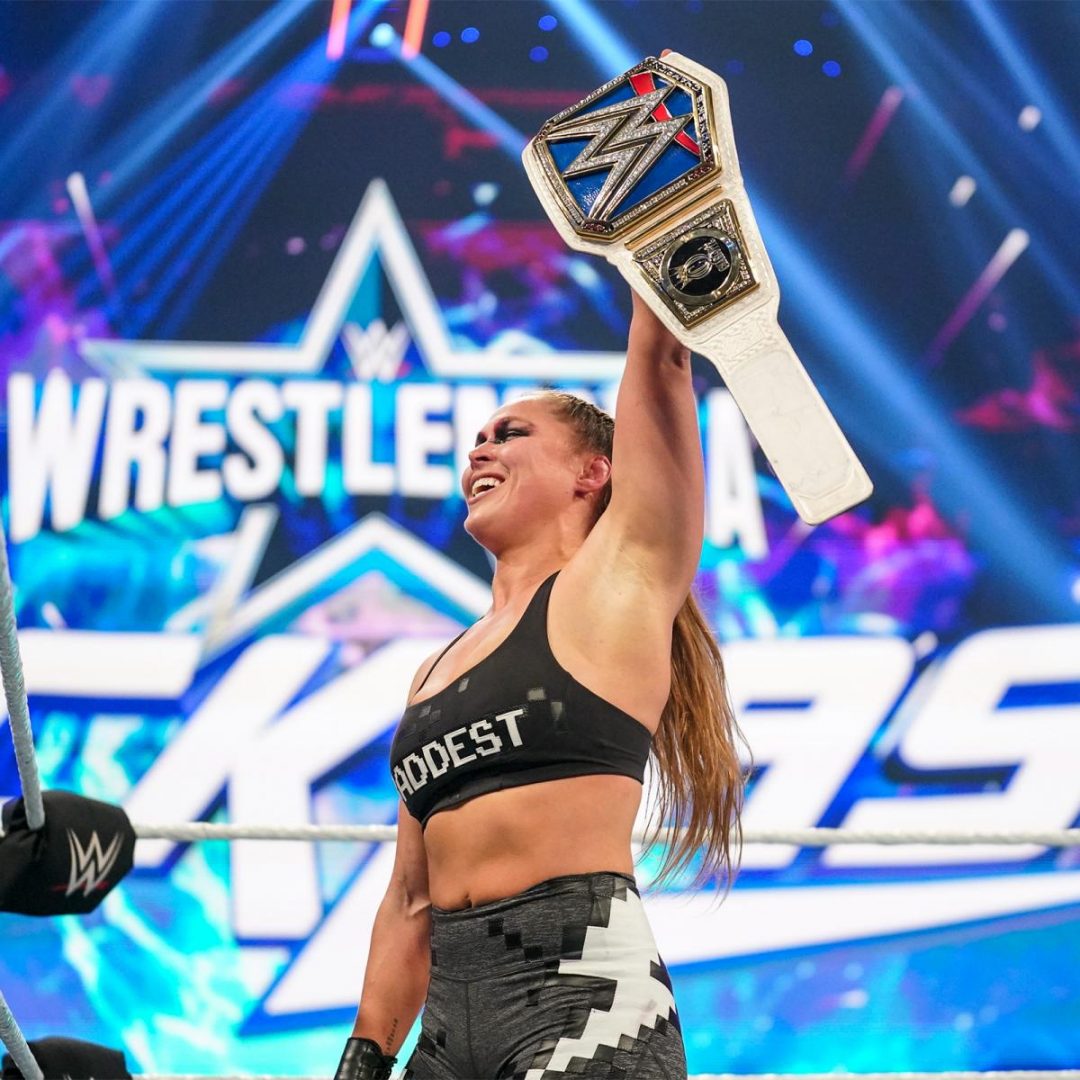 In a rematch from WrestleMania 38, Ronda Rousey and Charlotte Flair pulled out all the stops to make this match better than the WrestleMania match. With the I Quit stipulation; it takes out a lot of the drama of the finish, but I thought these two did a great job of adding suspense to the match. This was way better in terms of psychology and execution but in the end, Ronda walked out with the gold. It was probably the right call.

Charlotte had the Smackdown Women’s Title for almost 200 days. It will be good to see what Ronda can do with the belt. I would put a heel turn at the top of the list if I was WWE. She is obviously more comfortable in that role and her promos are a lot better when she is playing the villain. Charlotte is likely taking time off due to the injury angle they shot. Rumor is the time off is for her marriage so congratulations to her. It’ll be interesting to see who they pair Ronda up with. The heel side is very thin on Smackdown. Turning Ronda heel may be the best option. 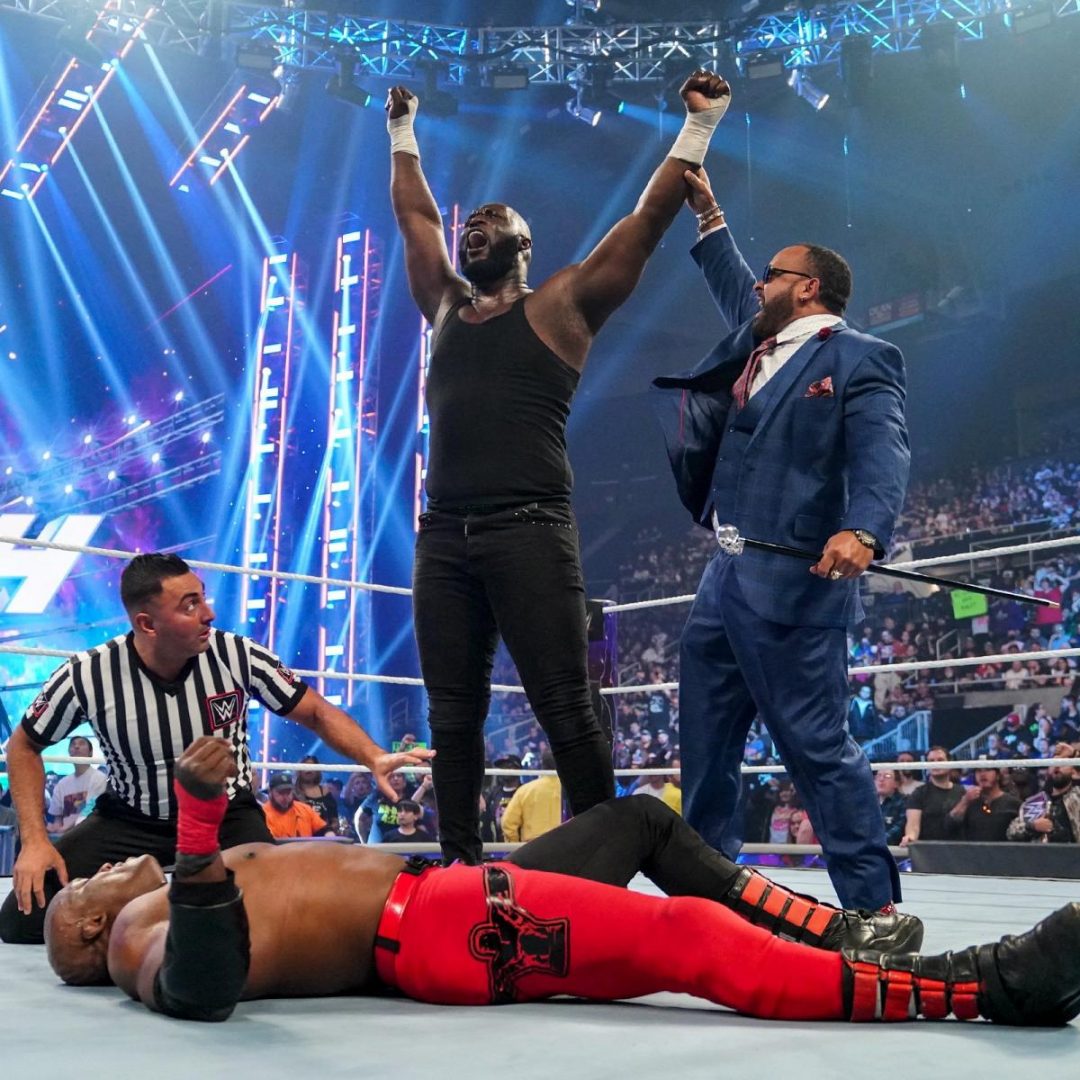 In another WrestleMania rematch, Omos defeated “The All Mighty” Bobby Lashley. This is another match I thought was a vast improvement over their previous encounter. It still wasn’t great by any stretch, but I felt Omos showed a lot of improvement. He moved quicker, busted out a new move, used the Snake Eyes/big kick and seemed to show more personality. I don’t know how much of an influence MVP has been behind the scenes, but I’m sure he’s helped.

The 1-1 score seems to indicate there will probably be a third encounter between these two. I can’t say I’m looking forward to that, but I am mindful that Omos has only really been on his own for six months and had very little in-ring action during those six months. Before that, AJ Styles did most of the work in their tag matches so I’m willing to give him a little bit more rope. I just need to see more continued improvement and I think his alliance with MVP will do wonders for him in the long run.

#3: EDGE DEFEATS AJ STYLES THANKS TO SOME HELP

Another WrestleMania rematch that I felt was better than the original. I enjoyed the first match between Edge and AJ Styles. I just feel like it could’ve been better. Something just didn’t click. This match was a lot better in terms of chemistry. You have to remember. Edge and AJ Styles don’t work house shows. The amount of time they would’ve had to work this match out is probably limited. That said, this match was off the charts. The working over the shoulder of AJ, the selling of the shoulder by not being able to pin him or hit the Phenomenal Forearm were nice touches. I thought the inclusion of Damian Priest wasn’t needed until I saw what it led to.

When Finn Balor came out and attacked Priest into the ring, I thought this was going to be another lame DQ finish. Luckily, they rolled to the other side and I saw why. AJ was on the top turnbuckle and a masked figure grabbed his bad arm and dropped him across the top rope. It allowed Edge to lock in a cross face to pick up the victory. The masked person eventually took the hood off to reveal that Rhea Ripley has joined Judgment Day. I think this is perfect.

Rhea recently turned heel and aligning with Edge is perfect for her character. Maybe this leads to Liv Morgan aligning with AJ Styles and Finn Balor. I don’t think this feud is done. I think it continues to Hell in a Cell. Maybe Edge and AJ meet inside Hell in a Cell. Maybe it’s Edge and Priest versus Styles and Balor. Maybe they even do Judgment Day versus Styles/Balor/Morgan. There are infinite possibilities of where this story could go. I also don’t think Rhea is the last to join the Judgment Day group. We’ll see, but I am definitely more interested now than I was a month ago. 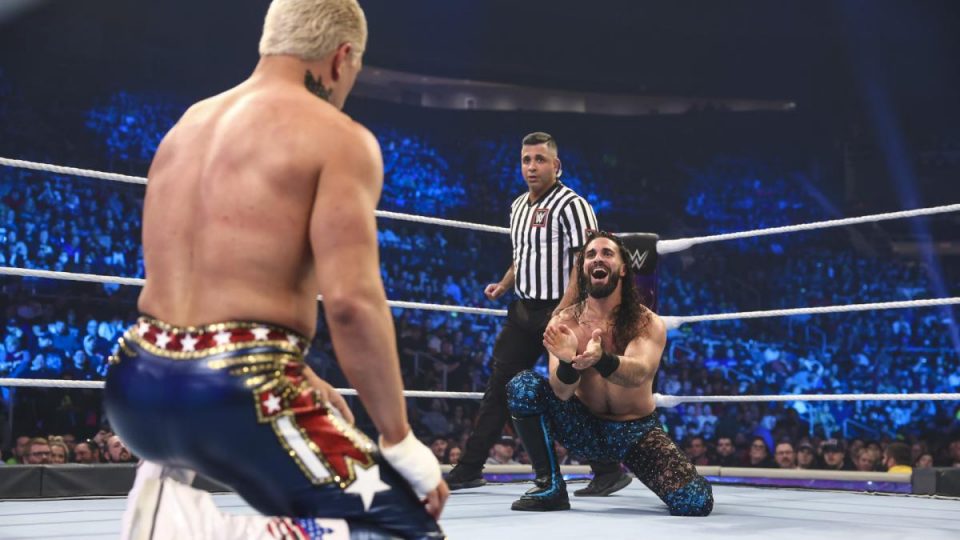 This one I thought had the hardest time living up to the original simply because I thought it was the best match of the entire WrestleMania weekend. Yet somehow, I think they did it. Seth wearing the same gear he wore at WrestleMania was a nice touch. The subtle counters showed that Seth learned from his mistakes. I thought these two put on one hell of a show. Every time Cody teases a Pedigree, the crowd goes nuts. If he ever hits one, the crowd will lose it. I thought the right guy went over here. I don’t mind Cody losing a match, but he should not be losing big-time PLE matches right now. Other than Drew Mcintyre, Cody is the number two babyface in the company. I know internal listings say Bobby Lashley, but look at the amount of time Cody has gotten since returning and the amount of time Lashley has gotten in that same amount of time.

It’s clear that WWE has a destination in mind for Cody. It’s just a matter of how they get him there. Cody has no reason to give Seth a rematch after this. However, I do think we will see one at Hell in a Cell, possibly inside the Cell itself, which should be great. Seth’s last Cell match came against Edge at Crown Jewel last year and it was one of the better matches of the year (John Canton rated it five stars). Cody should win the WWE World Title this year. I don’t know that he will, but he should. I think these two finish up at the Cell due to the way Cody won. Cody should win that one too. That way he can say he beat Seth with no distractions and plenty of preparation time. 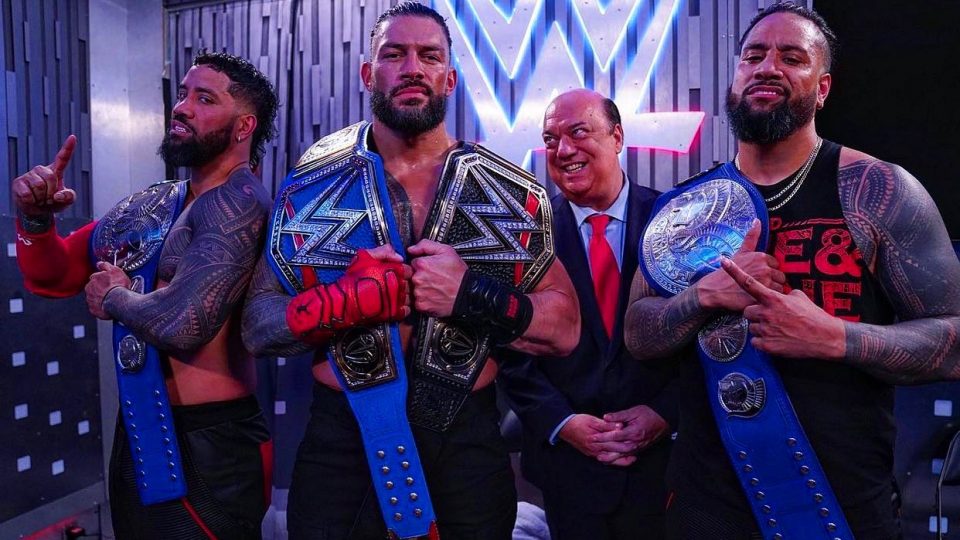 Roman Reigns and The Usos defeated RK-Bro and Drew McIntyre in an explosive six-man tag match. It was one of the better six-man tags I’ve seen in recent memory. It is also clear that the fans want to see Randy Orton vs. Roman Reigns and Drew McIntyre vs. Roman Reigns. I think those two programs will carry Roman through the summer of stadium shows. I’m glad they didn’t unify the Tag Team Titles. Unless you’re combining the rosters, both shows should have their own set of champions. Otherwise, one show will be left hanging while the champs feud with a team on the other show.

WWE has enough tag teams for two separate titles. The problem is they haven’t put enough focus into those tag teams where you’d think they were a threat to The Usos or RK-Bro.

Roman is on another level right now. I think Randy, Drew, and Cody are likely the three programs that will carry him through the end of the year. You can get multiple matches out of each of those. I think those are three pretty good contenders. I’m excited for the possibilities.

There you have it. WrestleMania Backlash is in the books. I had low expectations going in, but I think it vastly over-delivered on those expectations. You could tell who WWE has high hopes for and who Roman’s potential challengers are. The bad news for Smackdown is two of the challengers I mentioned are on Raw. We will see how it plays out. Until next time.