Welcome back TJR readers! Did you spend all day Friday trying to figure out how to spell Castagnoli, and missed WWE Smackdown? Perhaps you spent all day Monday trying to “see” John Cena, and missed Raw.

10. Wardlow to Challenge for the AEW TNT Championship

Scorpio Sky may not get to enjoy his new AEW TNT Championship for long. This past Wednesday on Dynamite, Sky and Wardlow were both interviewed backstage by Tony Schiavone. During the interview, Wardlow challenged Sky to a title match for this coming Wednesday on Dynamite. Sky accepted the match, before requesting that it be a street fight. Personally, I had an opportunity to go to Dynamite next week, but couldn’t go due to my new daughter selfishly being due to be born just a few days before the event. (TJRWrestling)

.@realwardlow & Champion @scorpiosky both get what they want – A street fight for the TNT Championship next week!

Tune in NOW to #AEWDynamite LIVE on TBS! pic.twitter.com/IWE2j061my

A boy and his dinosaur are no more. This past Wednesday on Dynamite, Christian Cage came to the ring and cut a promo. Cage then proceeded to “apologize” to Jungle Boy for his actions the previous week, stating “Jungle Boy, I’m sorry… your entire family isn’t dead.” Cage then revealed that he had asked for a match, but it was not for him. Jungle Boy’s former partner Luchasaurus then came down to the ring, now dressed in all black attire. Luchasaurus then proceeded to make quick work of his opponent Serpentico. Hopefully, the dark attire is to represent Luchasaurus’ new persona, and not the show he will be featured on.

After over three years with AEW, Pac is finally a champion. This past Sunday at Forbidden Door, Pac defeated Miro, Malakai Black and Clark Connors to become the first AEW All-Atlantic Champion. Pac will now represent all the AEW fans from over 130 countries as AEW tries to tell us that every country borders the Atlantic Ocean somehow. Worry not however, TJR readers, as I have been assured that our very own John Canton has no plans of giving up writing to pursue the title.

AEW is not the only wrestling federation that can make big signings. It was announced this past Thursday that Logan Paul has signed an official contract to join WWE. The contract will have Paul being involved with multiple events, with him officially becoming a WWE superstar for at least the next two years. Paul was last seen in WWE at WrestleMania 38 when he put on an impressive performance teaming with The Miz against the Mysterio tag team. The Miz turned on Paul after that match, leading to a possible feud between the two in the future. Paul currently has over 23 million subscribers on YouTube as well, which my kids tell me is a lot. (TJRWrestling) 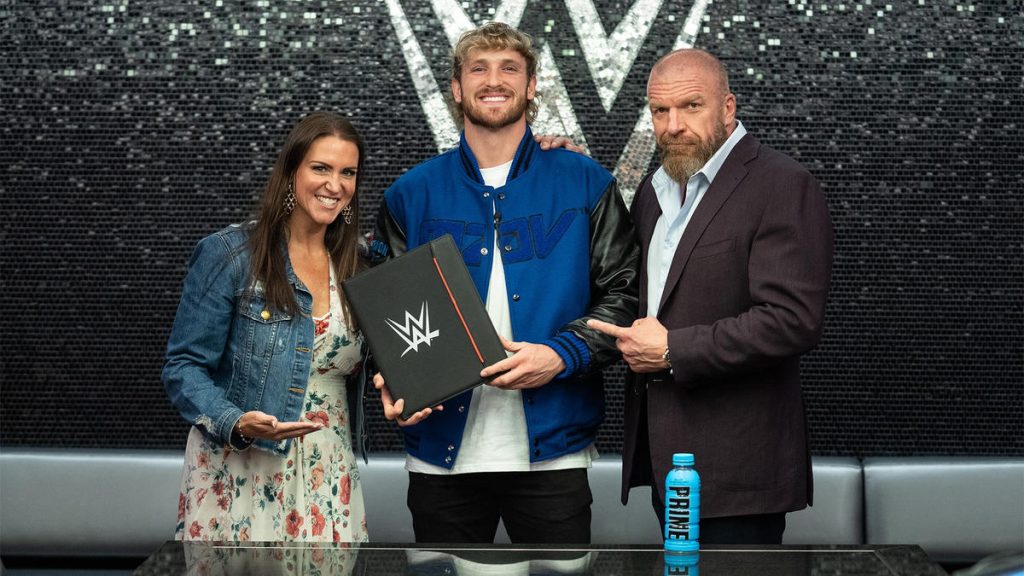 4. John Cena Appears on Raw to Celebrate 20 Years in WWE

For the first time in almost a year, WWE fans could see John Cena on Raw. Cena appeared this past Monday on Raw, to celebrate his 20-year anniversary with the WWE. Videos of superstars from both WWE and AEW congratulating Cena were shown throughout the night, as well as backstage segments with Cena mingling with other WWE Superstars. Cena also went face-to-face with Theory during one of these backstage segments, who proceeded to put down Cena. Later in the evening, Vince McMahon came out and introduced Cena. Cena went on to thank the WWE Universe, as well as state that he does not know when his next match will be. Cena then ended his promo by telling everyone that “if you want some, come get some.” Although we may not know when Cena will wrestle in a ring again, it will likely be long before he proposes in a ring again (he is married after all). (TJRWrestling)

Tony Khan got a “Swiss Superman” as an early birthday present this year. When Bryan Danielson was unable to compete against Zack Sabre Jr. at Forbidden Door due to injury, a mystery opponent was advertised to face Sabre Jr. Claudio Castagnoli (WWE’s Cesaro) was revealed as the mystery opponent, defeating Sabre Jr. with a Ricola Bomb. Castagnoli wasn’t done for the week, as he also helped his fellow Blackpool Combat Club members defeat the Jericho Appreciation Society at Blood and Guts this past Wednesday. Castagnoli is obviously a huge addition to the AEW roster, and should bring enough excitement until the next big signing in three weeks. (TJRWrestling)

2.Money in the Bank to Take Place This Saturday

Lacey Evans, Alexa Bliss, Liv Morgan, Raquel Gonzalez, Asuka, Shotzi and Becky Lynch will all try to capture the Women’s Money in the Bank Briefcase. Finally, on the Men’s side, Seth “Freakin” Rollins, Drew McIntyre, Sheamus, Omos, Sami Zayn, Riddle and one more competitor will all try to get the Men’s Money in the Bank Briefcase. Noticeably missing from the card due to Roman working a lighter schedule, is the Undisputed WWE Universal Championship. Also missing from the card is the Intercontinental Championship, due to the rule of this title never being able to be defended on PPV. (TJRWrestling) 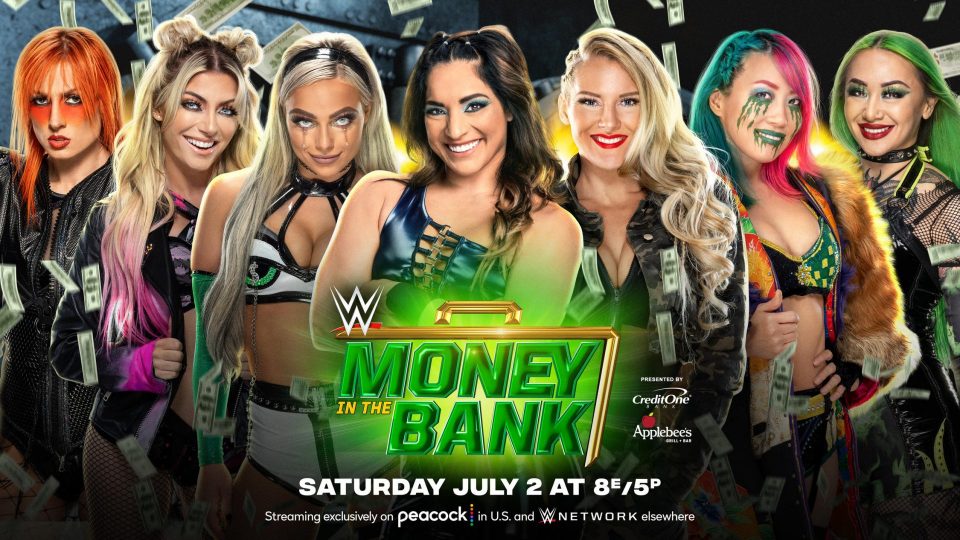 That concludes another edition of The Top Ten Wrestling Stories of the Week. Thank you for taking the time to read this each week. Although I often joke, I have recently started refereeing with NYCW and respect more than ever what wrestlers do every week. I wrote an article all about it all right here. If you like what I do, despite my jokes being almost as bad as labor pains. Then follow me on Twitter @Fowlerwrestlin1.