Have you ever heard the saying of a square peg not fitting into a round hole? Whoever came up with that saying likely had Eddie Kingston in mind when they thought of it. Over the last few weeks, if anyone wrestler has captured the attention and devotion of a wrestling fanbase, it would be Eddie Kingston.

As many are likely aware, prior to joining AEW, his career was filled with ‘what if’s and ‘what could have been’? Kingston shared that he was an angry person by his own admittance and that anger likely cost him opportunities. However, when he poured his heart out in his Player’s Tribune piece last month, it was understandable as to where it was all coming from. As someone whose family lives with anxiety and depression, the crippling nature of what it does to someone is very real.

Kingston fell under the radar for too long, and too many people weren’t paying attention for far too long to see that they had this incredible commodity in their midst. But as I’ve often heard said, you can’t help someone if they don’t want to help themselves. In Kingston’s case, it wasn’t a case of not wanting to but rather not knowing the reason for his anger. The pent-up angst someone with anxiety and/or depression deals with on a daily basis prevents them from doing all they want to do. Unfortunately, Eddie Kingston’s inability to get ahold of those feelings likely cost them those chances.

Last month, AEW President Tony Khan held a media conference to address all things AEW leading into Full Gear. I had the opportunity to ask Khan a question, and it could only be about one person. Eddie Kingston had come so far from his days in the IWA Mid South and ROH to where he is today. Khan was asked if he could foresee the impact and influence that Eddie Kingston would have on the locker room both on and off-screen. While skeptics will likely doubt Khan, in this instance, he shared about one troubled talent that had likely turned his last opportunity into the most important one of his career.

“I knew the hardcore fans loved Eddie. And I had also seen that he had crossed over to a mainstream audience and that we could push onto national television as a main event wrestler. But I don’t want to undersell how far he has come this year, too, and also how far he has come outside of the ring. Because I knew Eddie had some struggles, but getting to know him more the past year, I’ve learned more and more about it and how far he’s come. And the people who knew him before I did would tell me you wouldn’t believe how far Eddie’s come if you knew him back then.”

Khan shared that he had entrusted Kingston with facing someone that he is all too familiar with. CM Punk was heralded as the returning hero, and Eddie Kingston was the guy that ‘never amounted to much.’ But when the two men stood across the ring from each verbally sparring with one another. Yet on this night, the fans would pick sides and Eddie Kingston would be who fans would embrace. 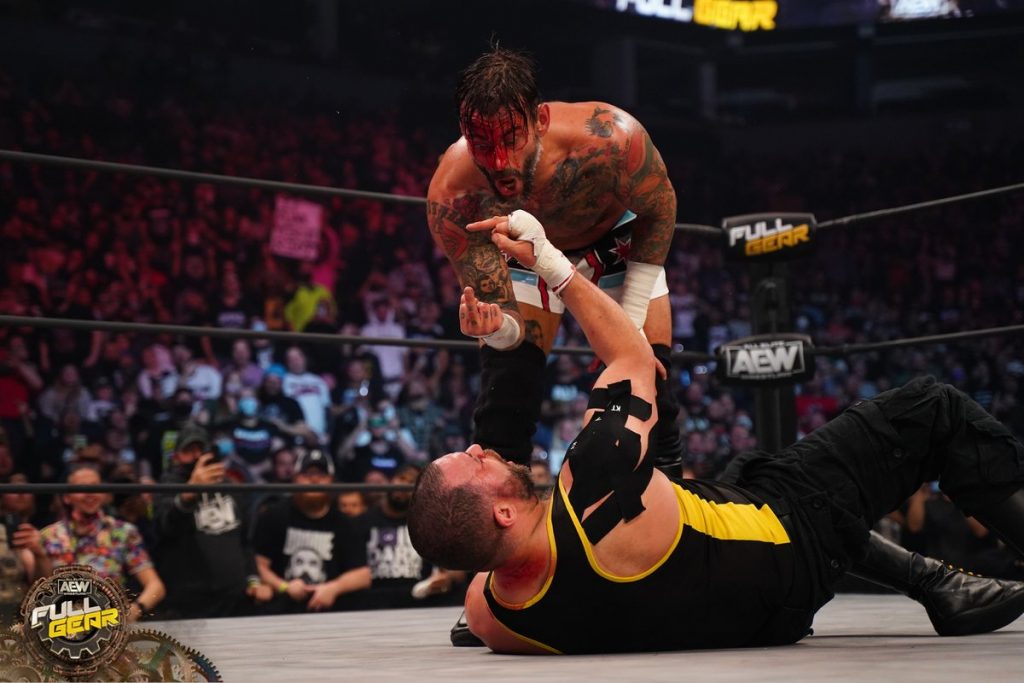 A unique relationship that has emerged that has shown a different side to Kingston has been the one with ChocoPro’s Lulu Pencil. Now, in saying this, I wasn’t familiar with Pencil myself, but in reading about her, she’s described as ‘caring very much about what she does but just not very good in the ring.’ Her story is one of someone who manages to pick themselves up regardless of how many times they get knocked down. That story sounds all too familiar. In fact, if it’s a case of someone that will continue to work to get better. Whether it’s as a character or not, Pencil, much like Kingston, has shown growth. It could very well be that connection and similarity to one another that has given fans another reason to care about Kingston.

In looking at Khan’s comments from earlier, if Kingston hadn’t found a new lease on life, would he be able to enjoy the company of others, especially one’s he couldn’t speak the language of? His personal and professional growth isn’t limited to just one moment. They are a series of moments that have come together to show he doesn’t the typically markable talent.

Kingston knew things weren’t right for him at a young age. Then, by his own accord, he disclosed in his Player’s Tribune article that he needed an outlet to make things right for him. That ‘thing’ was wrestling.

“To be honest with you, the only thing that kept me from getting depressed was wrestling. I either had to be fighting in the neighborhood, or sitting at home watching a match. Otherwise, I’d fall into a depression. Back then, I didn’t even have the words for it. I was trying to be such a hard-ass that I didn’t want to hear about no mental health, no therapists, no feelings.”

It takes a great deal of courage to come to ask for help, and that help came in the way of seeking help. It is okay to not be okay. Eddie Kingston didn’t have the tools to emotionally and physically keep things together. So when we see on one spectrum reconnect with longtime friends like Jon Moxley on and off-screen, and then the diminutive Lulu Pencil says a great deal. He is living life. What is no longer there is someone that didn’t make the most of the opportunities presented to him.

Like anyone else, we are faced with good days and bad days. But for Eddie Kingston, it is about reducing those bad days and embracing the good. Living with anxiety and depression was best described to me as living with a massive dog. There are days that dog is so big that it prevents you from doing anything and making you think that all you do is wrong or never good enough. The key is to make it so that you use the tools to make that dog so small that while it doesn’t disappear, it is manageable.

In writing about this journey about Eddie Kingston, he has seen his worst (as evident in his Player’s Tribune article), so he can only go up from here. However, he doesn’t want to live life being another what if. After all, every dog has its day, and every Mad King deserves time on his throne.