It’s the elephant in the room. Freddie Prinze Jr. hinted at it. Jeff Jarrett has mentioned it in passing too. The idea of another major wrestling promotion being an option is a real possibility. While there are arguments about what it would look like.

How to ensure it’s handled properly and where does it begin are among the many questions that fans, sponsors, wrestlers, and potential owners/promoters will ask. Success as a wrestling promotion over the last forty years in the United States begins and ends with WWE. As a business, they have produced record profits in the midst of a global pandemic, which is remarkable. While several fans will play armchair bookers believing they know best to make something succeed, it can’t be that easy. The question has been raised more to the forefront in recent weeks and months because of the number of wrestlers that have been released by WWE.

It is remarkable that this discussion is taking place after we have passed the 20th anniversary of the closing of World Championship Wrestling by the WWE. Fans will recall the following year or so after 2001, promotions such as NWA-TNA and Ring of Honor began to form and gave fans the chance to see that there were other viable options to watch wrestling programming on television. However, for as much as these promotions presented a product with exciting and innovative wrestling at the time, they had yet to build a global appeal underneath them as they were only available in pockets of the United States alone.

If the possibility was to take place the first thing a promotion would need would be a financial backer of sorts. It’s clear that the Khan’s were the backers in AEW while the likes of Anthem Group aids IMPACT, and Sinclair supports Ring of Honor. When IMPACT/NWA-TNA initially began the Jarrett’s were the financial support system for the promotion. As time passed and ownership changed, fans will recall the Carter’s were the ones that took over promotion.

Today, with major networks or corporations having the financial means to maintain a promotion that is a viable option the question of who that could be is anyone’s guess. Fans have often heard fodder about Disney purchasing the WWE. What if they don’t, though? What if Disney with all their resources through promotion, a streaming service, theme parks, and global recognition could very well be a potential creator of a promotion? Now there is no evidence that supports Disney would create their own promotion but the notion could work. The same could be said for Amazon, Microsoft, or Apple. Each of these global entities lends itself to be the financial basis for any upstart company.

Once the idea of a solid monetary basis is determined then the question is who do you have to represent your company and brand? It is from there that the company would begin to bring in talent. With the numerous men and women released during the pandemic the possibility of who you would sign is countless. As we’ve seen with All Elite Wrestling they’ve signed several men and women who have been released or had their contracts expire. Often talent that is made readily available provides promotions a great deal of flexibility. In some promotions, talent signed under a developmental deal are at a cheaper rate than someone signed to appear in a company’s main show. 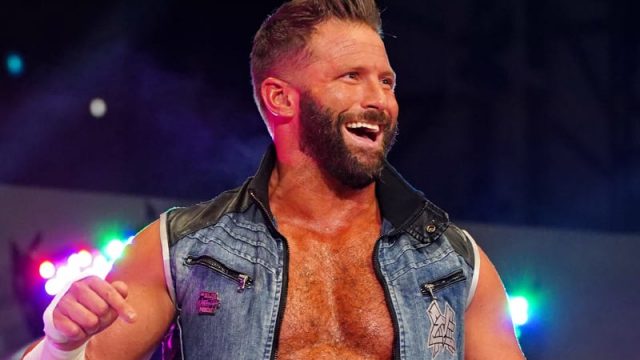 This became apparent when the WWE would have talent compete in Ohio Valley Wrestling, Deep South Wrestling, Florida Championship Wrestling, and then NXT. For talent that are on pay-per-appearance deals such as Matt Cardona during his time in AEW and previously in IMPACT Wrestling are other examples where it becomes fiscally responsible for both the talent and the promotion. In an instance such as this, neither side feels tied to a contract if such agreement is preferred on both sides.

Fans may be curious as to the likes of enhancement talent or talent that appear in a tryout instance. With no guarantees certain for either side it is an opportunity for a company to see if their appearance makes sense for both sides. An example of talent appearing on AEW programming would be former NXT talent such as Marina Shafir as part of AEW’s Dark program or Jake Atlas recently signing with AEW. And yet former IMPACT Tag Team Champions, Eddie Edwards and Davey Richards appeared once for NXT in a tryout and weren’t seen after that. They also were trying out and it simply didn’t work for all involved.

A key to money and revenue being made by a major promotion is sponsorship, advertising, and endorsements. While a promotion is usually operated by a company, there needs to be a steady flow of revenue generated both from sponsors, advertisements and the television networks that will air the program. In fact, we have seen instances where sponsors are capable of dictating whether or not they will sponsor an event if negative publicity is tied to an event.

Fans will recall how Snickers had threatened to pull their sponsorship of WrestleMania had the Women’s Battle Royal didn’t remove the name the Fabulous Moolah because of it. This was due to the controversy tied to the late Women’s Champion behind the scenes. The same can be said with how AEW faced criticism from Domino’s Pizza during a match that involved Nick Gage who used a pizza cutter on Chris Jericho’s head. This was a case of poor placement and timing of the ad during the show.

Fans have seen recently how the use of picture in picture on some programs is also applied to in order to still provide an advertiser to have air time and the action in the ring can still be seen by the audience at home. So without advertisers, a company isn’t able to generate a means to pay their talent, production, staff…etc. Advertisers have been a key part of any promotion for decades. Without them, a promotion can not function financially and is often left to close because there is no means to support the product.

Television is important for a promotion to succeed. We aren’t speaking about independent promotions but the likes of IMPACT, AEW, WWE, and until recently Ring of Honor. A number of factors become key for a company. One of which is timeslot. Typically fans will see a program on prime time television is an aid for fans to watch. Now, depending on your demographic and who your prime audience is then a prime time timeslot wouldn’t necessarily matter. Fans will recall during the 90s, ECW aired in the early hours of the morning. While in one instance television does help to get more eyes on a product, if a fanbase is passionate about a promotion they will watch them at any point.

That said, companies such as All Elite Wrestling, World Wrestling Entertainment, and previously World Championship Wrestling, their programs for the most part have an 8pm eastern timeslot. TNT, Fox, USA, and TBS are among the major television networks that have these promotions as part of their primetime programming. Could a promotion appear on ABC, NBC, or CBS at a primetime slot in the future? If a promotion could make a compelling argument as to why professional wrestling should have a primetime slot on their network then maybe it could happen, but it’s not likely.

A number of other keys to a companies success are also tied to these promotions as well. For IMPACT and WWE, their ability to tour and run live events has been key for them as well to increase exposure to the product. AEW has discussed touring all over the world in the near future and in doing so will only help strengthen the promotion’s appearance on a global scale. Another aid to help a promotion is merchandise as well. Fans have seen how the AEW and WWE’s merchandise sales have been key to help their growth as well.

While the items mentioned above are typically what a promotion will need to succeed, these aren’t the only factors as well. Fans are clamoring for another option. So while New Japan Pro Wrestling and AAA outside of North America have built relationships, it is another major promotion in North America that they want and there is no reason why if all those items mentioned above are considered or applied why they can’t happen once again.