Happy Monday, TJRWrestling faithful! Kevin Owens is still your Universal Champion, Sheamus and Cesaro have wrestled nine times since July seemingly without resolution and it’s now been all of six days since the last time John Cena lost clean on TV. Welcome to the Week In Preview for World Wrestling Entertainment, September 26th 2016.

Announced: Nothing formally at time of writing, except what I guess we’d colloquially refer to as “the fallout from Clash of Champions.”

What to expect: Kevin Owens retained the Universal Championship in last night’s main event, where the role of Triple H was played by Chris Jericho. Will Seth Rollins now ignore his burgeoning beef with The Authority and take out his frustrations on the Canadian BFFs instead? Meanwhile, Roman Reigns is the new holder of the United States Championship. We can certainly expect Rusev to be granted a rematch, but of more interest might be what kind of champion Reigns turns out to be. John Cena’s run with the US belt is still fresh in the minds of many.

The New Day and Charlotte both need new challengers to their titles, although it’s conceivable those might be familiar faces, given the depth of the respective divisions (and the odd trombone). Cesaro and Sheamus beat each other to a sort-of draw to end their best-of-seven series, so, God help us, presumably that’s not over either.

Also, after a swift initial setup-and-payoff introduction last week, we’ll get to see what ‘business as usual’ means for Raw’s cruiserweight division. If it means more handshakes, time limits and singles matches, count me in.

Spotlight: Is there any more lost a cause right now among match gimmicks in WWE than the best-of-seven series? The definitive example – between Booker T and Chris Benoit in WCW – is obviously off the table as a reference point in programming, while subsequent best-of-n series have been unmemorable and the reboot of the format that has recently occupied Sheamus and Cesaro now seems as though it might’ve ended in vagueness.

For me there are a number of things to consider when doing a best-of-seven series. Firstly, as seeing the same matches several times in a couple of months can easily get boring, they need to be (and thankfully are) rare occurrences. This makes any fumbled effort a costly missed opportunity.

It follows that if they need to be rare occurrences, there needs to be a good reason for having one of them. If anything, this is where the latest series fell down in my opinion. Two people having equal claims to a vacated championship is a good reason. Two people being seen as important roster members but having nothing better to do is not. For all their strengths and ability to wrestle solid contests, were Sheamus and Cesaro in the frame for a title shot before the series began? No. That was added to justify doing the series; it should be the other way round, with the series necessary to justify who has the right to the title shot.

The next challenge is the story you tell with the series. Was there ever a doubt this series was going to the seventh match, even when Sheamus was three up? No. Having Cesaro start the comeback, only to be attacked backstage by Sheamus and succumb to the injuries later that night to lose the series 4-1 might’ve given an edge to both men’s characters and given them a quicker ‘out’.

And so the final problem: What the hell happens now? Hank McAllen has already illustrated the kind of challenges facing Sheamus moving forward, much of which remains even though he hasn’t lost this series (at least, not yet). After such a long slog through these matches, with the end seemingly not yet in sight, how much momentum can both men now take out of it? The next steps, starting this week, are going to be fascinating. 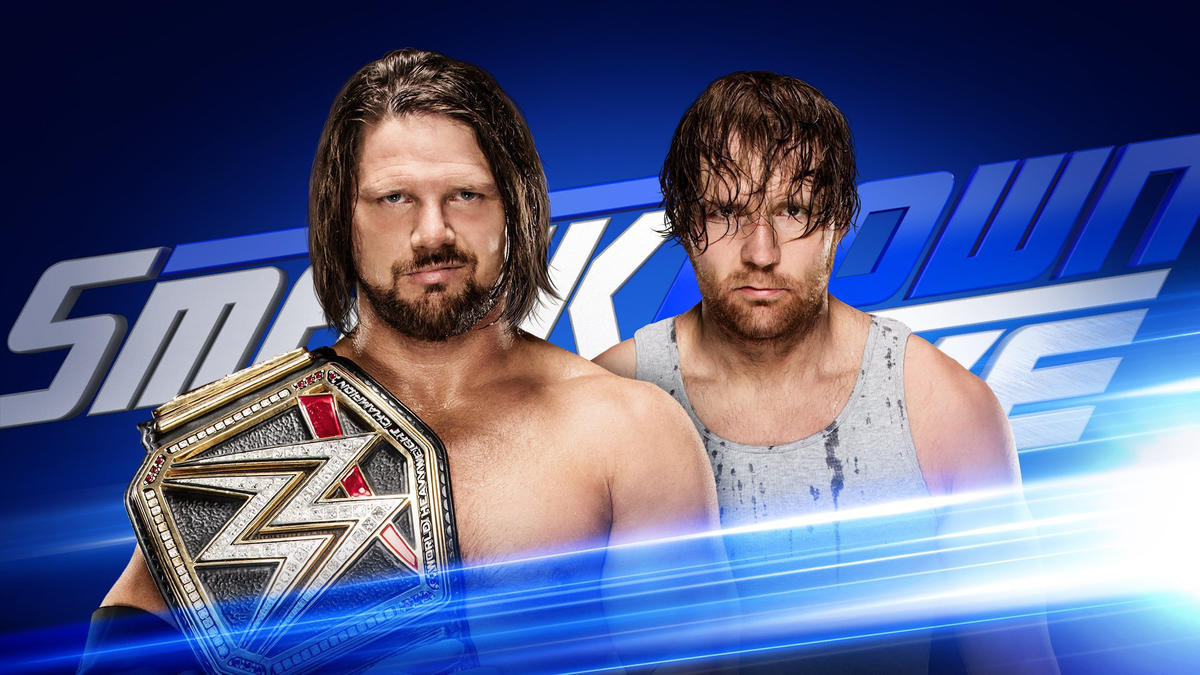 What to expect: The main event, on paper at least, is a big match and should be good if given any sort of time. However, with a triple threat title match already booked for SmackDown’s next pay-per-view, No Mercy, there’s a good chance this could just become a storytelling device on that road to a greater or lesser degree. I’d love to see 15-20 minutes, no interference and a clean finish, but I’d be pleasantly surprised if we get one of those, let alone all three. Mr Pessimism here.

Other title matches for No Mercy are also set, so expect to see tensions ramped up between Becky Lynch and Alexa Bliss and between Slater/Rhyno and The Usos. Might Cleveland locals The Miz and Dolph Ziggler tangle again after the Intercontinental Champ cheated to win last week’s match? Might Randy Orton and Bray Wyatt finally engage with each other outside of the proxies of video screens and Erick Rowan? Anything’s possible!

Spotlight: Just so we can establish this from the outset, I’m very excited about the women’s title feud on SmackDown.

I’m a huge fan of Alexa Bliss; have I mentioned I’m a huge fan of Alexa Bliss? Her verbal contributions at last week’s contact signing may not have been the most original material we’ve ever heard, but she delivers it with conviction and expression. She’s a reliable dance partner for promos – and that seems to have brought the best out of Becky Lynch, who was awesome in response and looked every inch the champion. Also: WWE’s women wielding foreign objects is underused.

The other thing I liked about last week’s signing is that established proper character motives early. With two episodes of SmackDown left before No Mercy, there’s a decent amount of time to build on Alexa as the spiteful fireball with the sense of entitlement and Becky as the self-made champ who’s had to fight for everything she’s got. Sure, that might involve some guest commentary slots and distraction rollups somewhere, but they’re now furthering a narrative rather than acting in lieu of a narrative. WWE doesn’t always get that balance right.

I really hope their match at No Mercy gets 12-15 minutes as the women’s six-way at Backlash did. Not because I think it might be a match of the year contender (though it should certainly hold its own on the card), but because I believe a showcase for the in-ring character acting of Alexa Bliss, without needing to rush through things or share the spotlight with another four women, will do wonders for getting her over with an audience who might be unfamiliar with her NXT work. That’s where she’s strongest.

In all likelihood, the purpose of Bliss here is to start Becky off with a solid title defense before the champ tangles with the likes of Natalya and Nikki Bella further down the road. But if this feud continues to play out the way it did on last week’s SmackDown, it’ll go a long way towards elevating both women. Get Carmella vs Nikki on the No Mercy card too, and SmackDown’s women’s division will continue to get a “pass with merit” from me.

As usual with NXT, taping results are out there if you want to be spoiled. For the purposes of this (briefer) preview I’m ignoring them. However the one match announced for this week’s episode – Asuka vs Liv Morgan – is pretty much spoiler-proof. I can’t put it any better than Kurt did in his NXT Spotlight; Asuka is obviously going to kick Liv’s head off into the third row. I’m expecting to set facial reactions to ‘wince’ for the entire match.

With Cedric Alexander making his NXT debut last week, talked up as the beginning of a new chapter for him, it’s now clear that the guys who have been earmarked for Raw’s cruiserweight division will have the full NXT experience open to them. This does wonders for Team DIY’s feud with The Revival, which is clearly ongoing, as a rematch for the tag titles (which looks inevitable at some point, whether that’s in Toronto at the next Takeover or elsewhere) really could go either way.

Remember kids, anything can happen on WWE programming! By way of example here are 25 such things, some of which may or may not take place this week. Red for Raw, blue for SmackDown, yellow for NXT and grey for any of the above. Cross one off when it happens. A line, vertical or horizontal, wins a celebration here next week. If all 25 come good, the drinks are on me.

Answers in the comments, folks!

Until next time, have a good week and enjoy the ride!

Max is an anally retentive Londoner with a love of fiddly detail. He writes TJRWrestling's weekly WWE previews every Monday (usually regretting his predictions by Tuesday) and occasionally mentions he's a huge fan of Alexa Bliss in the form of a rhetorical question. His Twitter account @SofaTroll mostly uses rude words and dark humour to complain about British things.

WWE and “The Guy” by Zander Rodriguez