There is sad news to report today after learning that longtime WWE referee and employee Tim White passed away at the age of 68.

Many WWE fans might remember his shoulder injury in 2002 in a Hell in a Cell match (at Judgment Day 2002) between Triple H and Chris Jericho that ended his refereeing career. He started with WWE in 1985 and had a lot of different jobs in the company, including working as a talent agent until 2009. White also often accompanied current superstars during public appearances like autograph signings and photographs with fans.

White was also famously known for being the guy that traveled with Andre the Giant. He had some great stories in the Andre documentary a few years ago. Tim also owned the Friendly Tap bar in Providence where WWE shot several “bar fight” scenes over the years.

Here’s what WWE posted on their website in tribute to White: 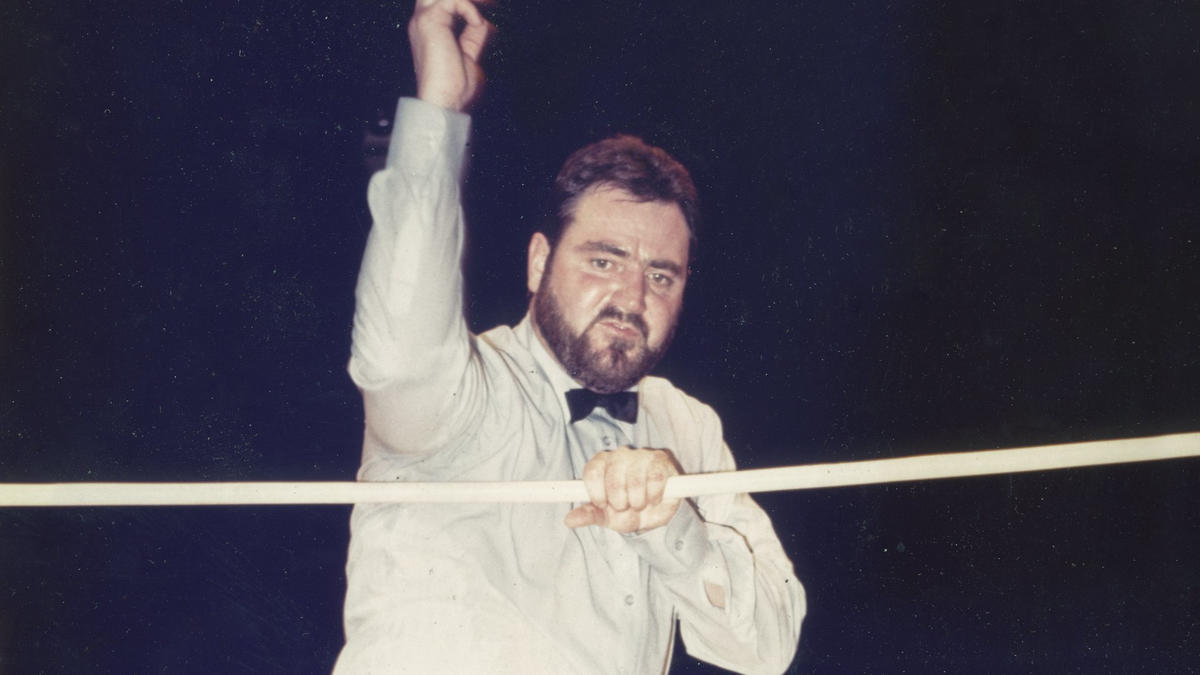 WWE is saddened to learn that long-time referee Tim White has passed away.

For more than two decades, Tim White was a dedicated WWE referee and official. White began his illustrious career in 1985 working with Andre the Giant and as a part-time referee.

During his tenure, he was the referee for some of WWE’s biggest matches, including the infamous Hell in a Cell Match between Undertaker and Mankind at King of the Ring 1998.

A shoulder injury effectively ended White’s in-ring career, but White still remained a major part of WWE working behind the scenes as an official and talent agent until 2009.

WWE extends its condolences to White’s family, friends and fans.

Another legendary WWE referee/official Dave Hebner passed away two days ago as well. It’s been a tough couple of days for the WWE family because White and Dave were longtime employees of the company that were known by so many people for decades.

Here are some tributes from people in WWE that had fond memories of their time with Tim White.

Saddened to hear about both Dave Hebner and Tim White. Both incredible men I was privileged to spend time with in and out of the ring.
My thoughts are with their families.

One of best guys I’ve ever known-Tim White. He and Arnie were the epitome of old school cool. Ron and I tore up his bar a few times….and we had more nights together in more countries than I can count having a great time. Rest easy Legend. Love you. pic.twitter.com/1ZV0dftho6

I’m absolutely gutted. Timmy, thank you for the laughs, your advice, amazing stories and great times. I love ya fella 💔 pic.twitter.com/POkSM8s2Uu

I lit up every time I saw this man! Tim White often was the man tasked with shepherding us at appearances and conventions the last several years. He was always extraordinarily kind and warm. I will miss you, my friend. My deepest condolences to his family and friends. pic.twitter.com/fZm0Fq1sRj

This breaks my heart. I truly loved seeing Tim White and getting to know him over the years. He was always such a positive happy person. He will be so missed. ❤️❤️❤️ https://t.co/H28tfSU1H2

I spent some time with Tim White doing Comic-Cons and other signings. He always brought a smile to everyone around, made us all happier just cause he was around. Gonna miss him. 💔

Another big brother is no longer with us. Rest in Power my dear friend Tim White. 🙏🙏😢

I am soo saddened by the news of Tim White passing.
Tim was a great guy, ref, employee and a man’s man.
Tim loved WWE and WWE loved Tim back.
Thoughts and prayers to family, friends and fans.

Timmy White was without exaggeration the nicest, warmest & most likable person I’ve ever met in wrestling. I’m so sad that I’ll never talk to him again.

All of us at TJRWRestling send our deepest condolences to Tim White’s family, friends and fans during this difficult time.

Mick Foley Says He Should Have Retired After Legendary WWE Match

Jim Cornette Explains What Will Bring “The End Of Wrestling”